Gay of A Certain Age - Where Goes the Neighborhood? 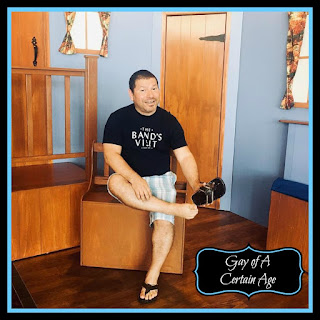 Whilst in Texas, last week, I ventured to the Alamo Drafthouse to catch the documentary, WON'T YOU BE MY NEIGHBOR?  It's about Fred Rogers.  You know, Mr. Rogers! 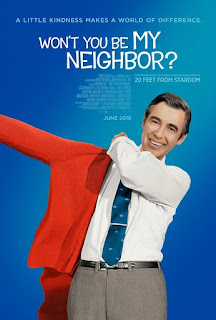 I loved it and I'm not ashamed to tell you that I teared up throughout the movie.  There was nothing particularly sad or tragic... maybe somethings from the outside world that made me angry, but there were a lot of warm tears.  After the movie, my friend, Ted, also had moist eyes and he asked, "Why did I tear up like that?"  I thought that same thing while I was getting misty in the theater, "Why am I crying?"  Then, it occurred to me that this man seemed to be the embodiment of kindness and he was so caring and gentle that when compared with all the ugliness and narcissism present and constantly on display in our world right now, any example of kindness and generosity is enough to make a person shed tears!

I used to watch the show as a kid and I was surprised how I didn't pick up that I was actually watching a minister actual minister in a way that didn't make me feel like I was in church or being talked down to.  Some of the social issues that he addressed, in his gentle way, appear to have gone directly inside my psyche, without my thinking, "OK, I was told that..."  His message of love and tolerance was delivered as a matter of course, not one that had to be separated and pointed out.  Then, there was that moment in the movie where someone describing him says, "He was a conservative Republican."  I specifically remember the split second that I went from being shocked, then thought,"How can that be?" and resolved, "Oh, yeah, this was decades ago."

With our political climate what it is today, I couldn't stop wondering

WHEN DID "CONSERVATIVE REPUBLICAN CHRISTIAN" GO FROM THIS 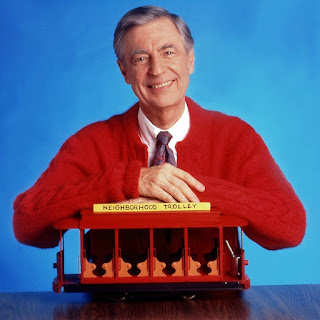 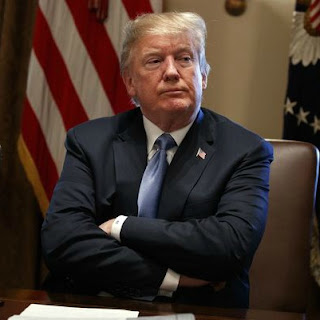 That's why the tears.

As a Gay of A Certain Age, I've lived to see decades of progress, achieved by people who care about other people and the planet.  I've lived to see all that progress be chipped away and rolled back by greedy, horrible people.  I've lived long enough to appreciate the awful irony that I was taught what's right by the same asshole who's tearing it all apart: the Conservative Republican Christian.

From the Interwebs - Good Advice 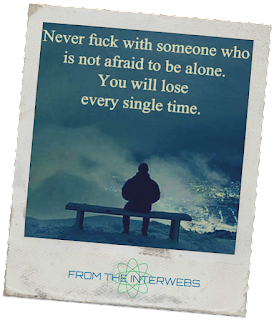 Email ThisBlogThis!Share to TwitterShare to FacebookShare to Pinterest
Labels: From the interwebs

Too Busy To Post! - Drag Season Out of Control! 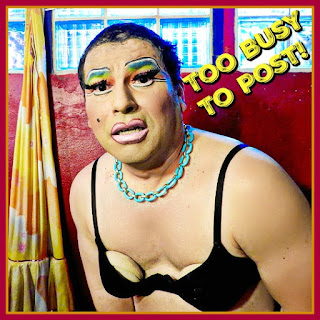 Hello!  No I haven't died and I haven't forgotten about yous guys, it's just that these first few weeks of June have been crazy busy for me and I've barely gotten a chance to get to my laptop.  You may be horrified to know that  I'm still editing photos from December! Yeah, THAT busy.  What with finishing a run of VIVA LAS CHICAS in L.A., doing a screenplay reading (in drag), jetting off to New York, back to work for a day, then off to Palm Spring for a 3 night run of VIVA LAS CHICAS, then back home to dog sit, work, and get my place back in order for a sisterly visit, working on finally getting my taxes done, then prepping for a quick weekend trip back to El Paso...  I barely have time to breathe.  So, while I'm in this whirlwind, I can at least post a HE DON'T EVEN KNOW PARADE, featuring photos of men on the street in L.A., whom I find attractive, imaginary boyfriend material. 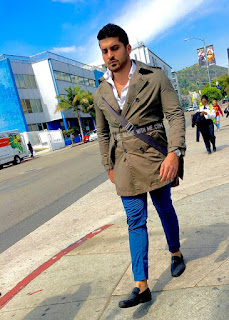 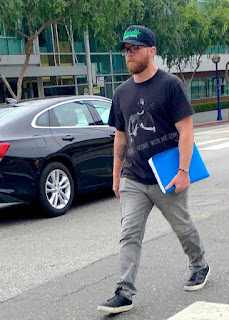 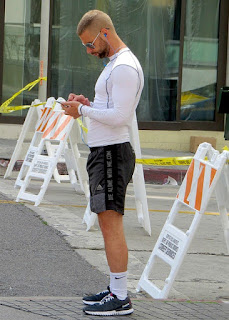 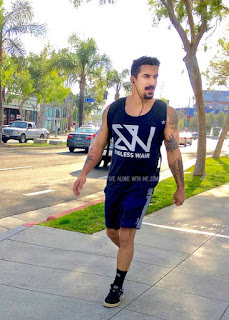 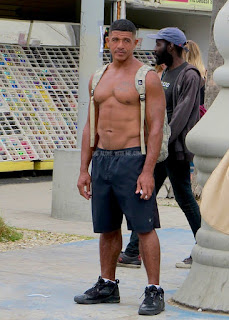 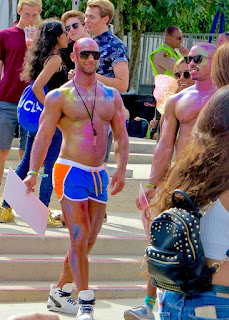 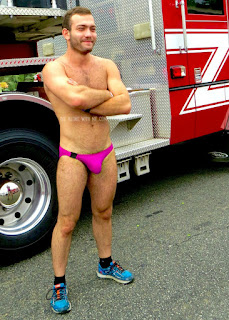 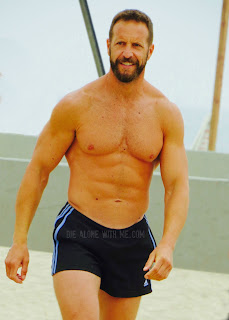