My Blarney Stone is Hard 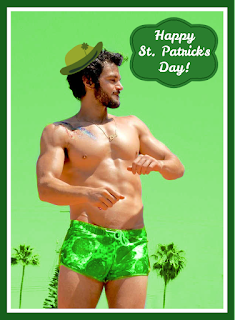 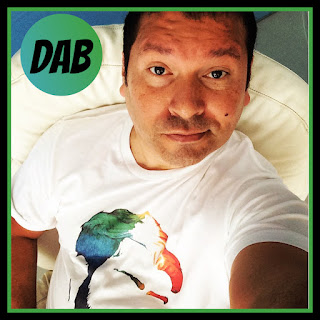 Well, along with the story of Brett’s wedding comes the unavoidable realization;

I used to have a good deal of DABs, now, they’re dropping like flies.

It all started with my first and best Die Alone Buddy, Ted.

We’ve been friends since early high school years and are still thick as molasses in caramel!

When I moved out of my home town, I certainly didn’t expect Ted to stop going out and enjoying the single life.  As a matter of fact, when he came to visit me, he opened a few of the Single Life in LA doors for me.  I can easily say, nobody enjoyed being single more than Ted in those days.

Whenever we got together and hit whichever town we were in, 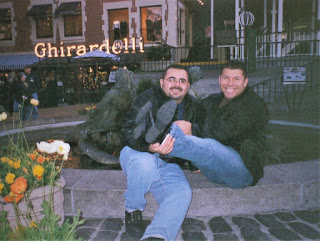 We always had a great time and left a few handsome admirers smiling in our wake.
Paris is still smiling. 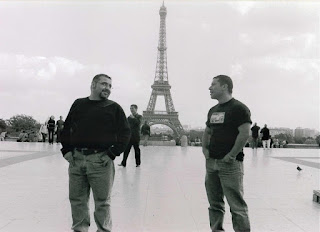 What with us living single lives in different cities for years, I guess it was only a matter of time before one of us would fall into some marriage. 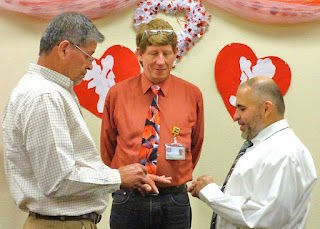 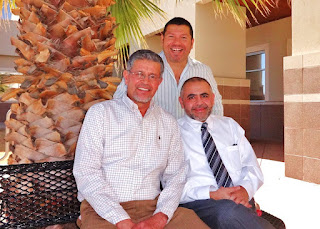 Not long after, muh DAB Oscar fell prey to some guy and he got hitched in April 2014. 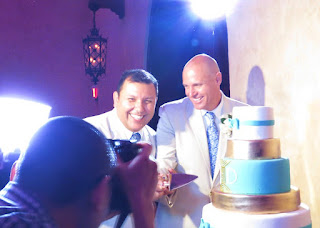 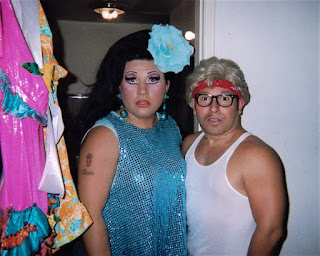 Not long after, we were hanging out and doing a bunch of stuff together, including traveling and enjoying international guy ogling. 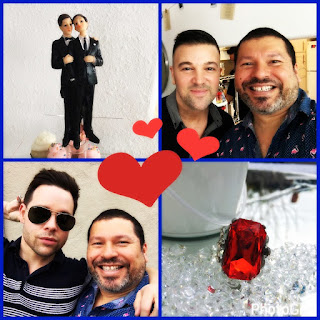 I met Jerry through Brett.
Many were the evenings of friend events that included much laughter, drinks & man hunting. 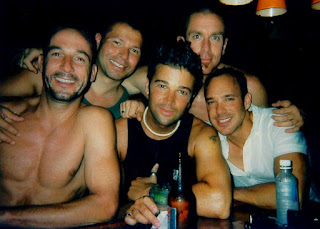 but I can forget about Dying Alone with Jerry. 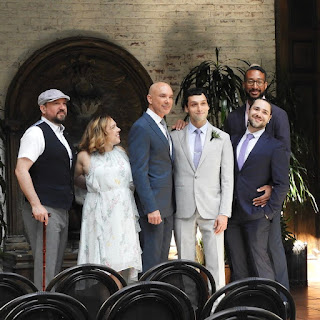 Somewhere along the way Avery has married Koppany. 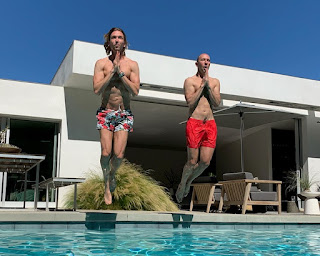 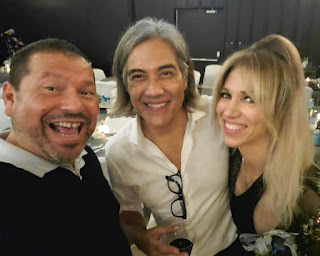 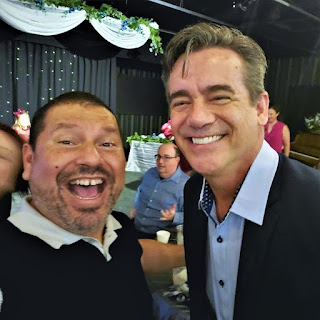 I didn’t hang out with Ray nearly as much as I did with Oscar during the Chico’s Angels days, but we did share some great times out, and may have gone after the same guy on more than one occasion…

Of course, I am happy for all of them and I still get to enjoy the company of most of them, still, along with their husbands,

But, now that they have someone to grow old with, where does that leave me?

Where does it leave the ever shrinking group of DABs I fantasized would all live in a converted Mid-Century Motel, where each has his own room, with the office/lobby converted into the best den/living room/dining room where we could hang out and plan our next scandalous trip to Miami or Puerto Vallarta?

Speaking of which, who are the DABs I still have left?

There’s the ever reliable Dennis. 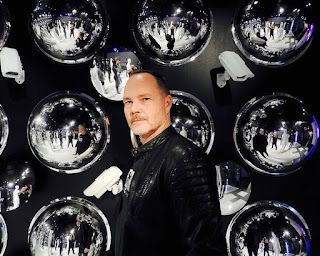 We met over 20 years ago and Dennis was the original hub through which I met many of my current friends. We hang and it’s good. 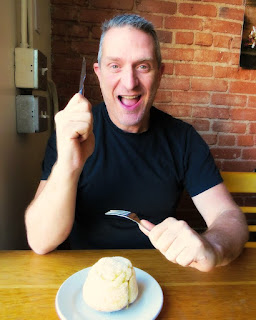 I met him through Dennis, of course, and he lives very near me, so we share meals often and see each other so much that we bicker like an old married couple and I am always right.

Most of my out & about time is spent with Dennis and Glenn.  There isn’t as much man chasing as there was a few years ago and the pandemic sure put a damper on dating, so we participate in various DAB activities.

My Long Distance DAB is Rich. 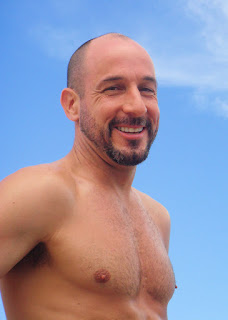 I met him through Brett decades ago and I usually see him when I visit New York and on our fabulous DAB Travel Adventures, like the one in Puerto Vallarta. 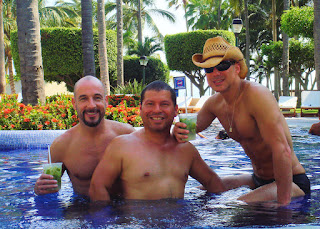 I will say the Rich is quite the inspirational Man Hunter, from whom I’m still learning.

Also on the Roster is Dudley. 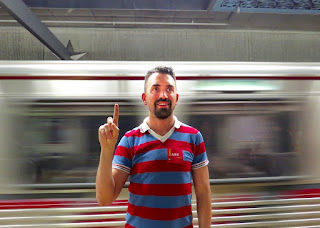 We’ve known each other for years and, for me, Dudley has taken on the mantle of The Hub and is very socially active.

I admire his energy, creativity and ability to get shit done!  I also admire his fearless movements in the social environs of Gay.

I feel like we could stand to be closer.  That has all to do with me shying away from invitations, or keeping myself too busy for love or even forming new DABs.
We’re growing. 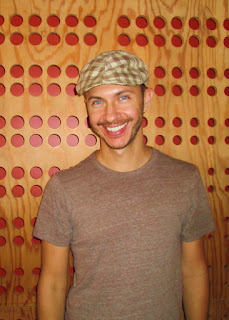 We’re relatively new and I sense new and exciting adventures ahead for us.

I even have an Honorary DAB, Geoffy.
I’ve known him the longest of all muh DABS, past & present. 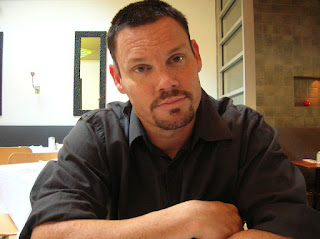 He’s honorary because he’s of the straight persuasion.  We probably don’t seem like the most likely of friends… (“What could they possibly have in common?” I’ve heard someone ask.)
We have plenty enough in common to carry the history of our friendship going on over 20 years. We have a sense of kinship, loyalty, with maybe, a touch of duty behind our relationship.

Geoffy exists mostly separately from my other DABs.  That is mainly because of the gay element within the confines of the DAB definition concocted only for this Blog and entertainment purposes.
I’ll just say, that in the end, Geoff is perfectly welcome to stay in my fantasy converted motel; hetero & all.

There’s a few more, but I shan’t list them, for fear I may scare them away.

So, while my long standing DABs are falling away from singledom and evolving into dear, loving Married Folk, I won’t distress too much because I still have a handful of DABs with whom I can enjoy singledom as we age.  Also, I'm going to need some time to get the money to find and buy that motel I'm fantasizing about! 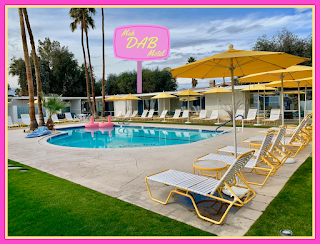 Posted by Danny in WeHo at 3:00 PM No comments: