he Don't Even Know! - Summer Heat 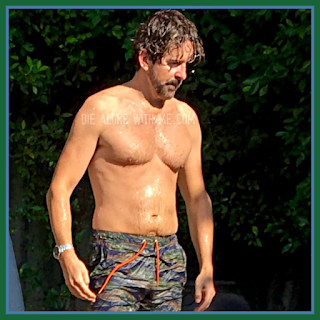 This is "Todd"
he likes to get me wet
to beat the summer heat.
I feel like the climate is changing
and it's getting hotter every day!

Too Busy For Love - The Mile High Cast 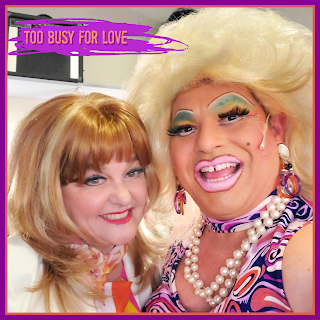 Is it me, or did July seem to just fly by??  I was so busy traveling and preparing a new Chico's Angels show, I was totally Too Busy For Love!  (okay, I'll confess, I did get lucky in NY, but that'll be a separate post...) 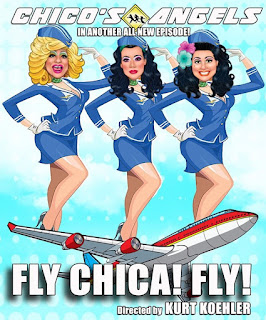 I had a blast rehearsing for CHICO'S ANGELS 6: FLY, CHICA! FLY!
A big part of that is because the hilarious Julie Brown was our guest star and it was a complete hoot getting the show together with her. 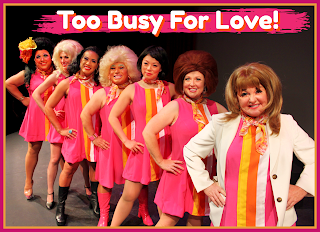 I remember the best part of my Sunday would be turning on the MTV and watching JUST SAY JULIE, starring the hilarious Julie Brown. I delighted when she accidentally gave Linda Blair a home lobotomy or when she knocked "Stevie Nicks'" head off while saying "Stop twirling, Stevie!" After that show was done, I'd love seeing her in movies and TV shows, like QUANTUM LEAP. When I moved to LA, I was very excited to see Julie live on stage doing a one woman show featuring some of my favorite songs of hers (including an audience demanded THE HOMECOMING QUEEN'S GOT A GUN). I was so excited to get a picture with her after the show and I probably frightened her by reciting her resume to her. As my time here in LA has passed, I've seen Julie in more things, I've gushed when she came to see many Chico's Angels performances and I got to share a stage with her at THE MISMATCH GAME a few times. Last week, we ended our too short run of CHICO'S ANGELS 6: FLY! CHICA FLY! and I still marvel at how lucky I am to get to work on a show and perform with someone I have watched and admired for years. Certainly her work has influenced me and helped form whatever performer I am. I'm just lucky and smart enough to know I should cherish this... and I do.

And, as you can see, I had a great time on stage, warding off the advances of a super hunky hunk in a towel... 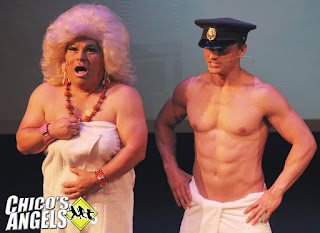 And off stage capturing the magic of a shirtless super hunky audience hunk... 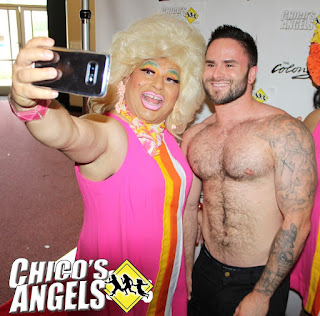 It was all very exhausting and it's not over, yet! 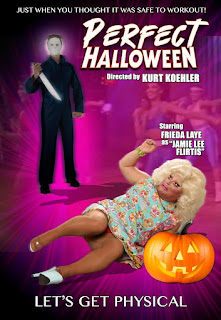