Gay of A Certain Age - The Anti-Christian 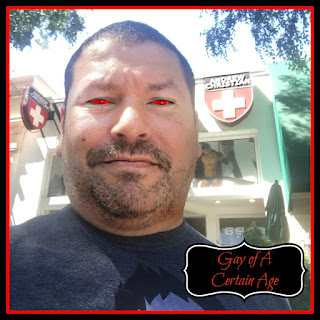 Gentle reader, you know what kind of person I am by now, right?

I am not a big fan of organized religion, but I do appreciate some aspects of the religions, especially the ones about charity and giving. Lord knows I've gladly done my share of benefits & shows for charity. I like supporting my friends in the rides and walks and runs and pageants and tournaments, so I think I've earned the right to this post...

So one Wednesday night, when I could have been home, not working out or doing anything productive, I went to a charity Bingo Game with proceeds going to Ability First and hosted by drag queens. I know... Drag Queens- ugh! But this was Roxy Wood and Willam Belli! 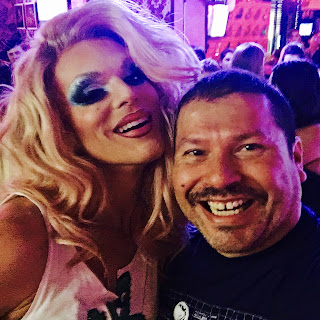 They are nice drag queens!  (Not many people know that Willam donated a chunk of his spleen to help me in a life saving operation)  Also, Jordan Ladd was a guest ball caller.  I did a scene in a movie Jordan was in called DOG GONE LOVE 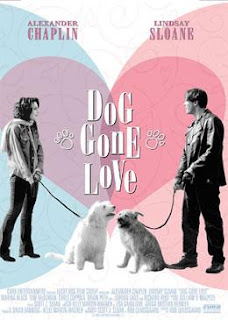 But my scene was cut out, of course (It was a fun scene where I did water ballet at a Halloween party! Thank you, John Cantwell!).  Much to my surprise, Jordan did not remember me personally.  She might not have been on location where we shot the party, but still, come on!  Anyway, she was very nice and adorable as a ball caller. 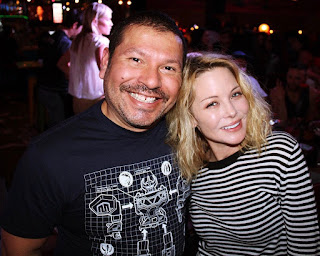 Then we got to the extra money raising part of the night - The Auction.  I'll always bid on something at a charity auction.  Also I think I've made it my silent mission to start with an opening bid that goes on more than 30 seconds in silence.  Sure, I've ended up with stuff I didn't particularly want by starting bids, but it's for charity and I feel relieved for whomever is calling the auction. ( I think my traumatic experience as a bachelor in a bachelor auction has a lot to do with this feeling.)  I did a few opening bids ( I did end up with an item I wasn't really excited about, but it's for charity, right?)  Suddenly there was a basket I was really interested in; a basket of Andrew Christian underwear.  Underwear? I love underwear!  I must confess that most of the underwear I have is not really brand specific and was bought on sale.  Butt, if I do like a pair, I'll go back and get more at regular price.
I started the opening bid.  Someone else bid against me.  We got past part where I felt like I was gonna get a real bargain.  To be sure, there were other items in the basket that were not actually underwear, but I was after the undies!  We got past $100, definitely more than I'd pay for underwear, sight unseen- but I kept going...
I finally won the basket!

When the basket was brought to me, I was immediately crestfallen. Among all the booty, there pressed up against the plastic that was holding the basket together was a label marked XS.  I looked at the guy running the event and he said, "Don't worry, you can go in and exchange the sizes."  Of course, I can.  Why would that worry me?  So I got home, unwrapped the basket and I excitedly went through the underwear- 8 pair, two in each size.  I thought I'd try on a pair of the large to see if that style ran small and would fit me nicely.  It didn't, it was actually large.  Also in the basket was a book, a calendar (Too late! Y'all know I gots my Colt Mens calendar already hanging behind my shirts in my closet!), two floral caps with metal plates declaring, "Hot Bottom". Not necessarily my style, but again, I was in it for the underwear.  Then, 2 days later I went to the West Hollywood store to exchange the sizes, except for the large pair I tried on, because "ewww".  It's just not healthy.

I've posted the following review on Google and the Andrew Christian Facebook page:

I bid on a basket at a charity event. I was excited about the underwear. After a little bidding war, I won the basket, but when I got it, there were 2 pair in every size. I was disappointed because I bid so much for what turned out to be 2 pair that I could wear. at my disappointment, I was told I could go in and exchange the sizes. I was given Drew's name, in case there were any problems. It's a simple exchange of sizes, what problems could there be? Meet Shawn/Sean/Schaun: The least friendly/helpful person to ever stand behind a cash register. I walked into the West Hollywood store, explained the situation and was immediately told, "No. We don't do that." Problem. I asked if Drew was available and It shot back, "He's at corporate. You'd have to call him." I stood there for a second. I supposed I expected that It would give me a number to call. No, It just stood there and watched while I Googled the Andrew Christian Underwear Corporate number on my phone. Thinking I'd found help, I asked for Drew. The girl on the phone said he was gone for the weekend. I explained my situation, as It watched, and she put me on hold. A good time later another woman comes on and asked if ? was texting with It. I said I don't know. Then she asked for It. I told It she wanted to speak to him, THEN, he picked up the store phone and instructed me to tell he he was calling on the store phone as he left the room. It returned and said in the most snotty tone, "Yeah, sorry. Whatever's in the basket is whatever you get. HAVE NICE DAY." I suppose someone would donate their product to a charity event so that people may try it and perhaps return to buy more. After such poor customer service, anti-customer policies and this snotty reason that America hates gays running the store, I'm fairly certain I will not return and will encourage others to avoid the store as well.

At this point, my rage is not about the event, or the basket or even the underwear anymore.  I'm furious with the horrible customer service (is it unreasonable for me to request an equal exchange of sizes?)  and the treatment I received from that awful person they have running their store.  Honestly, I would have dropped the whole thing and chalked it up to more stuff I got at charity auctions that I don't really want IF he had just been kind.  Maybe I'd feel better about it if the second confused person on the phone had explained to me why this exchange would be a direct violation of their policy, rather than hanging up on me and having him leave the room to talk, then return with a snottier attitude... Anyway, immediately I was so enraged by the whole episode that I made it my mission to DESTROY ANDREW CHRISTIAN UNDERWEAR because of their unwillingness to help me remedy my small issue and because they employ ICKY PEOPLE to do their evil bidding.

As a Gay of A Certain Age, I've been involved with enough charity events to know that if you're donating an item to an event it is because it's a great way to have people try your product and hopefully have them enjoy it enough to return to you for more, ideally at full retail.  Why you would make it difficult for them to enjoy your wares after, is totally beyond me.  All this experience with AC underwear has left me with is disappointment and rage.  So, knowing how Andrew Christian treats people both as customers and in person is certainly enough for me not to return.  It's enough for me to warn people that if you have an issue with this company, you will not get help and you'll probably be humiliated for even trying.

Also, I'm old enough to know that I'm not going to get any action wearing this stupid cap! 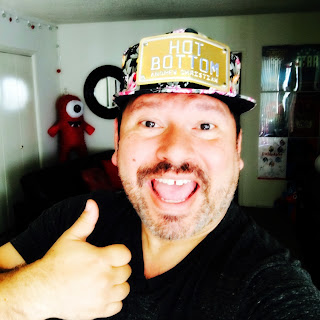