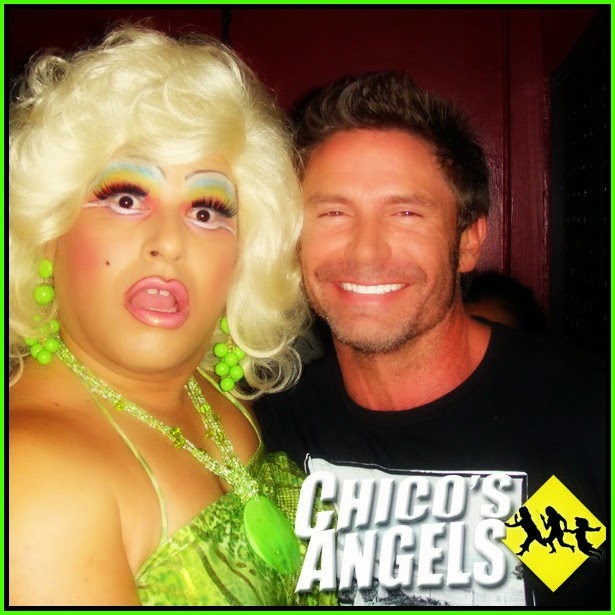 Today I learned that Dirk Shafer died.
Dirk played a small role on the road to my gay- He was in the first Playgirl Magazine I bought with a friend (oddly,  I was "not Gay" then).  As we looked through it, I remember saying "He's really good looking and it really is sexier that they are not showing dick."  It was a bit weird to finally get the courage up to buy the magazine to see naked men and it's the issue where they didn't show the stuff!  I learned later in Dirk's MAN OF THE YEAR, that he had convinced them to do it.  Thanks, Dirk!
Who knows, maybe my not seeing the stuff saved me from being Gay before I was ready.
Years later, I moved to LA and eventually met Dirk.  He was handsome, nice and funny.  We weren't quite regular friends, but whenever we saw each other, he always had a hug and a smile for me.  It was the same hug and smile he had for many people- he was well loved and admired.  Beyond his sexiness, he had an infectious positive attitude.  I aspired to be like him.  ...specifically on one night when we were in the same Bachelor Auction in 2008.  It was the night he fetched over $350 for a date with him-I wanted to be like that!  I fetched a very rough $60 that was clearly for charity.  Seriously, why wasn't he saved for last?  So, there we were, on that night, two bachelors side by side and now, roughly seven years later, both single - at least that's what he had listed on his Facebook profile.   Just a glance at his Facebook wall today,  will show you how much he was loved and how many people called him friend.  Although he was single, I don't think Dirk was ever lonely.

He was found in his car, parked near his home.   I choose to imagine he went quietly, without trauma and if he realized he was dying, his last thoughts were not worrying that he didn't love or wasn't loved enough.  Even though he is gone,  I still admire him and I can still aspire be like him- open, friendly, positive and supportive.    Those qualities are really what drew everyone to him, and with all that love, how could anyone feel alone?