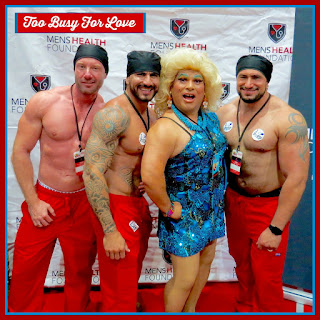 Drag season is upon us, again!  I'd love to go see that movie with the cars on a submarine with you and talk about it as we bask in the afterglow and guilt of sex, but I'm too busy!!

Tonight, My friends Geoffy and Bossman and I are going to the Mark Taper Forum to see a play! 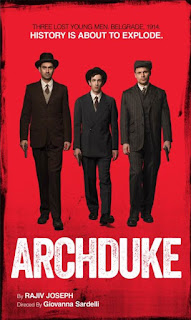 If I can trust a co-worker, ARCHDUKE will be a fun time. 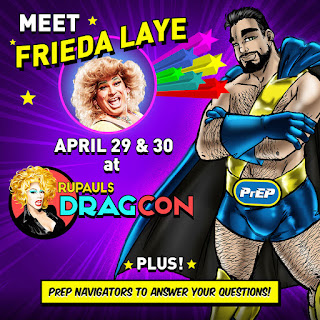 I'll be handing out free condoms and talking about PrEP (if I read that info they sent me) on Saturday and Sunday.

Then, the weekend after, I'm doing color commentary for the Drag Queen World Series. 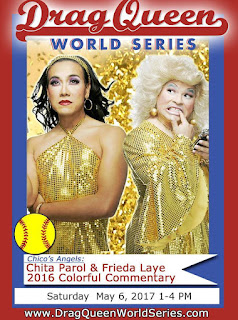 Then a mere three nights later, I will be appearing in a Cabaret as Reba Areba. 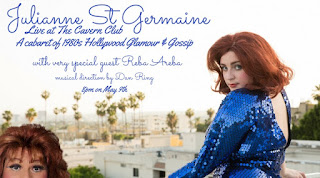 May 9th, I join Mimi von Schack on stage at the Casita Del Campo, doing a little song and very little dance.  Julianne St Germaine's show will be a fun time!!

Then before I know it, I'll be rehearsing and performing in Chico's Angels new Variety Hour, which turns out to be a live "clip show" (You know, like when sit-coms ran out of ideas and did, "Remember when..." + clip as an episode?  This is that, but with us performing numbers from our previous shows) but don't fret, there's a few surprises in there, too! 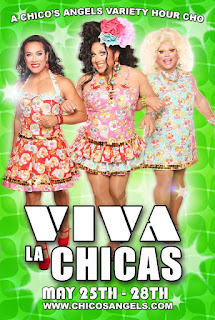 So, while it would be nice for us to grab a coffee and I tell you all about my New York adventure, I'm too busy for love!
Posted by Danny in WeHo at 5:30 PM