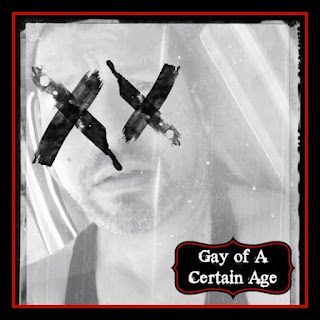 When did "victim" become such a pathetic word?  It seems to have so many negative attributes attached to it, that when someone is labeled a victim, they become so much more than a person who was harmed, injured, or killed as a result of a crime, accident, or other event or action.  Today, a victim is someone who suffers unreasonably out loud to gain attention and pity.  Well, at he risk of inviting comments and shouts from the gallery with vitriolic intent, I am announcing that I am a victim.  Technically.  ...Or wholly, maybe I'm not even aware of any harm that has come to me, or is yet to come.  You see, I believe that I am a victim of date rape, even though there was no perceivable harm or injury.  It wasn't until the case against Bill Cosby reached a terribly high level of credibility and a group of us were discussing, joking, and making crude comments about our own opinions and experiences that I even realized that the very same things many of these women were reporting had happened to me.  You may be thinking, "Oh, come on!  How could you not know that happened to you?  Are you going to claim that it was so traumatic that you forgot?"  Well, oddly enough it is the opposite of that.  The incident seemed so benign that I dismissed it, but it did happen.  And, while I prefer that the memory came to me in a dramatic moment worthy of a Friday cut off, to be continued on Monday... I simply put an notion and an event together and there it was.  I was date raped.

I saw this guy at a grocery store in West Hollywood.  He was bald, muscular and very handsome.  He literally had a sparkle in his beautiful eyes.  He was several people ahead of me in the cash out line and he disappeared out the door with his healthy groceries, receipt and quick glance back.  I thought it was just another "one that I should have flirted with" situation, but I was pleasantly wrong when he drove up to me in his Jeep (A JEEP!) as I stepped out of the store.  He told me to hop in.  I did!  In just a few minutes we were in his driveway making introductions and making out like school kids.  Before I hopped in his Jeep, I was on my way to an engagement, on foot, nearby and I didn't want to be too much tardier.  We made a date and I headed off to the place I was going with the bottle of wine I got at the store.  The night of my date, I wasn't sure what was going to happen, but I prepared for sex, just in case.  You see, on romantic, maybe first of many dates, I don't plan on sex, but I prepare, just in case it gets too hot & heavy, or if I decide during the evening that a one night stand is the best this is going to be.  And he was hot!  Also, if sex does occur, I prefer just jump in and go where the moment takes us.  I'm not a "Top Only" or "Bottom only" type, I'm a "whatever moves me" kind of guy.  We go out to dinner at a cute little restaurant in West Hollywood (long gone) with pinatas strung about.  We have a nice conversation over cocktails and dinner.  Soon, we are back at his place, where I can't remember everything, but I remember making out, then heading over to his bed.  There we lay naked, talking and kissing for awhile.  He even gave me a nice little massage and got me totally relaxed.  I really enjoyed the whole thing, but wondered if we were ever going to get to sex.

I woke up face down with him on top of me and his hard penis inside me.  It took me a couple of seconds to pin point what was happening, but once I realized he was screwing me from behind, I thought "Oh, here's the sex!"  So I lay there and he did his thing and I enjoyed it and after he had his fill of topping, I got to face him and we made out more and did the other stuff I like to do in bed.  I fell asleep and spent the night.  I don't think I intended to do that.  The next morning we shared a shower and I walked to work, only because I had changed for our date the evening before and didn't have to worry about co-workers' comments about the wearing the same outfit twice.  So, I had a really nice time with this guy and liked him.  Unfortunately, as much as we tried we just couldn't get our schedules to match and I finally gave up trying to go out with him again.  Over the years I've seen him in the neighborhood or at parties, we say, "Hi",  we laugh, we're Facebook friends!  Should I be angry with him?  Can I blame him for anything?  Can I even be sure he did anything wrong?  This was years ago, I can't remember if he offered me anything to drink at his place after dinner, so I can't actually say he might have slipped me a Mickey.  All I know is, I went on a date with him, knowing there was the possibility of sex and I got it.  I wasn't traumatized, he didn't force me, I enjoyed it (after the initial ouchiness of having an unexpected and not-thin penis in muh tush), we're still friendly, how can I say anything bad happened at all?

Then I think about it a little outside of the "nothing traumatic happened" mindset.  What if I was a "Top Only" guy and waking up with him inside me bothered me and I tried to resist?  Would he have stopped?  Would he have beat me into submission?  What if I had said "no"?  Who puts their dick in an unconscious person's hoo-ha?  That has to be an indicator, right?  We hadn't discussed anything about having sex with each other, even though it was very implied with us naked in his bed together, but I never said "put it in" or anything nearly as romantic as that.  I never said, "yes."

Then, I roll right back over to; I don't know if he did anything more than assume I was okay with bottoming and was satisfied that it was alright when I didn't resist.  I have to assume that he is innocent of anything else.  But something still feels wrong and while it's nothing more than a new nagging suspicion, I can't help but think I should feel violated.  At the very least, I have a new empathy for women who have been raped, who step up despite the humiliation and loads of doubt heaped on them.  I feel sympathy for the women who aren't sure what happened to them, who may blame themselves and never say anything because they have no proof or certainty beyond the knowledge that they never said "yes".

As a Gay of A Certain Age, I have come to realize that as life continues, you may become aware of something that has happened to you in the past, that you either didn't realize affected you, or worse, harmed you in ways you didn't know about.  I learned that it's important to keep an open mind when people make accusations or are accused, because while the suspect is innocent until proven guilty, it's not always that easy for the victim.
Posted by Danny in WeHo at 6:55 PM