Getting Out - Kinky Devil Deaners 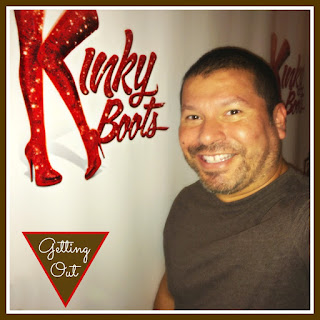 Back to the full schedule; I've opted to take in some shows and support some friends.
Thursday night I went to the Pantages Theatre and enjoyed KINKY BOOTS, again.
Muh DAB, Dennis, found some tickets at a great price, so I thought that instead of being at home in front of the TV and laptop, I might enjoy some time with Dennis and shiny songs. 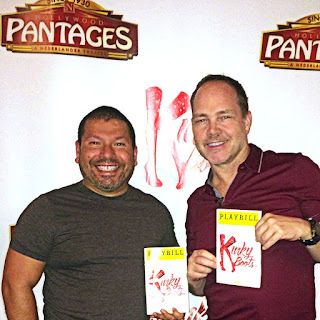 I'm glad I did!  Dennis is always a ball to hang with and the cast in this 1st National Tour is great!  I recommend it if it comes around your area, or if you're already in LA!  After the show, Dennis and I headed across the street to the W Hotel, where the cast performed some Broadway Unplugged for us.  It was a great time, even on a work night!

Friday, my friend, Stacey and I headed over to Rockwell to take in a few tasty cocktails and the unauthorized musical parody of THE DEVIL WEARS PRADA. 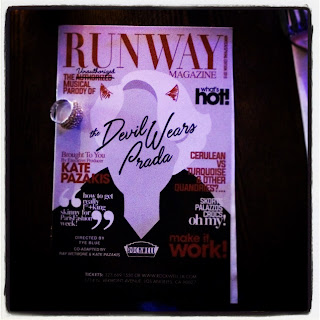 While the cocktails were quite delicious, our food was just okay, although I loved the risotto part of my chicken dish. 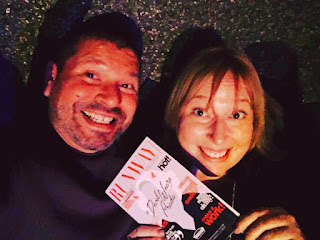 We enjoyed the show, which was Rumer Willis' first night with the production.  Overall, I felt that the show was a little looser than I care for.  I thought there was a little too much winking at the crowd and the Rumer (as actress) jokes, combined with the Anne Hathaway jokes, piled on top of the actual character jokes became a little too much to sort through, but the crowd was enjoying it thoroughly, so I may be too picky. 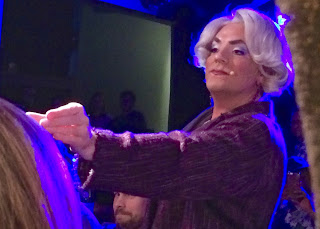 What I did think was pitch perfect was Drew Droege as Miranda Priestly.  He nailed it, as usual.  Drew is a consummate pro, especially with this style of show, so I can't watch him and not be thrilled and feel inspired. 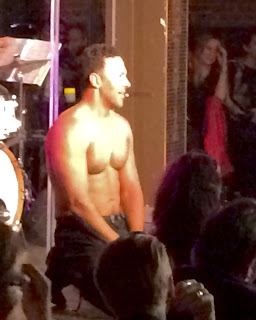 ...and how can you not love Sebastian La Cause, singing shirtless?  The cast is constantly among the audience, sometimes sitting on them, so it was always a delight to see Sebastian heading my way. 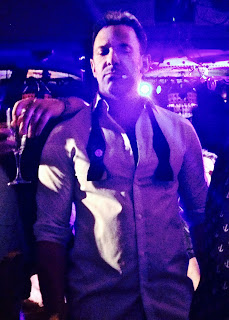 Saturday, Dennis and I took in THE JUNGLE BOOK at the Writers Guild, and I loved the movie. 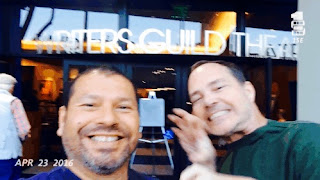 Then, we headed to a small game night where we played Mafia; in round 2, I was the doctor who killed more townsfolk with accusations than I saved.  I'm happy to report I was part of a successful Mafia team in round 3.  After the killing, we did some karaoke, that Dennis and I kicked of with a duet of When Doves Cry.

Tonight, I went to Muh DAB, David's screening of his documentary short, DEANERS at Busby's. 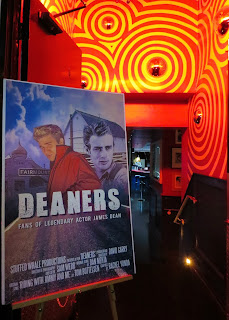 I can honestly say that I loved this movie.  Knowing that this documentary is about die-hard James Dean fans, I worried a little that I might be laughing at people and feeling guilty.  Just the opposite occurred, I was so very touched by the movie and thought it was very sweet!  Well, muh DAB, David is very sweet, so what was I even thinking? 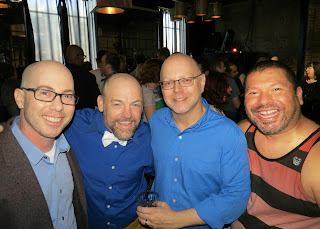 I was very proud that he produced and directed such a great film.  I see great stuff happening for this movie. Visit the DEANERS Facebook page and click "like" if you're so inclined.  Believe me you'll like this movie a heck of a lot! 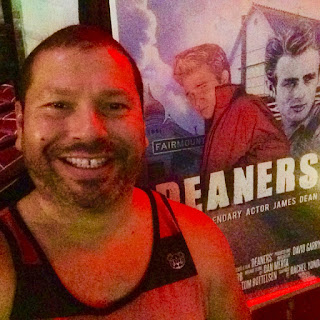 My weekend was full, and even though I never had another guy's tongue in my mouth, I had a freakin' blast!  Thank you, my friends and DABS who helped this weekend be a happy time away from my TV.  Now I gotta go watch Game of Thrones.  Bye!

Email ThisBlogThis!Share to TwitterShare to FacebookShare to Pinterest
Labels: DAB, Deaners, Drew Droege, friends, Getting out, hunk, Kinky Boots, Rockwell, Sebastian La Cause, Shirtless, The Jungle Book, The Pantages, The Unauthorized parody of The Devil Wears Prada, The Writers Guild