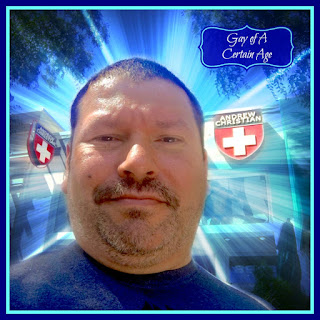 As a Gay of A Certain Age, it's nice to know that I can still have an impact!
As you may recall, almost a year ago I posted about bidding in an auction on a basket of Andrew Christian underwear then the store refused to exchange the UNOPENED incorrect sizes to my size, leaving me having bid over $100 on 2 pair of medium underwear ( both were the butt floss variety, just my bad luck).  You can read about that outrage HERE.  Even though that situation was never resolved for me and I still believe Andrew Christian has the worst customer service AND that slithery store clerk is still a filthy nut sack in my eyes, I was pleased to see a bundle of Andrew Christian underwear at another auction recently.

Why would I be pleased, I ask for you?  Because all of the underwear in that bundle was the same size!! 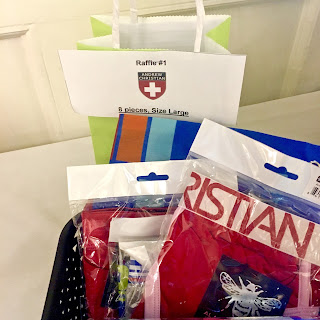 Yes!  Now whomever bid on that prize, knows what size they are won't have to walk in to the viper pit on Santa Monica Boulevard to be humiliated by the gross store clerk with an attitude.
I'd like to believe my blog post read by 12 people had something to do with that improvement in their charity involvement!

To whomever won this prize; You're welcome!  Because as a Gay of A Certain Age, I also know how important it is to wear underwear that fits!!