Too Busy For Love - A Book, A Wedding and a Gay Nacho Pancho 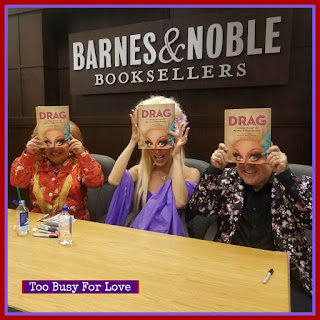 This weekend has been a very busy few days for me and not only have I been Too Busy For Love,
I've been too busy for anything!!

I had a book signing at Barnes & Noble for Frank Decaro's book Drag: Combing Through the Big Wigs of Show Business, in which I am featured and which you can purchase HERE 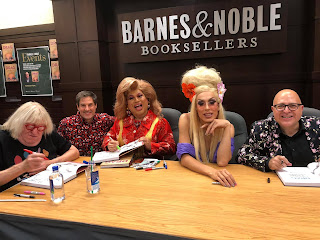 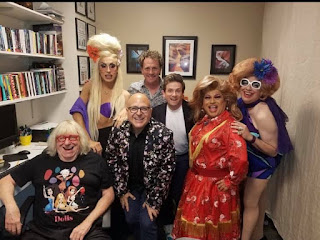 (Here I am with so many people I admire Bruce Vilanch, Alaska Thunderfuck, Frank Decaro,
Drew Droege, Tom Lenk and Kurt Koehler)

I was on a panel with Bruce Vilanch and Alaska Thunderfuck and was a little intimidated, at first,
but I bucked up pretty quickly and had a great time!


Not long after, I headed down to Long Beach for Muh Former DAB, Brett's wedding! 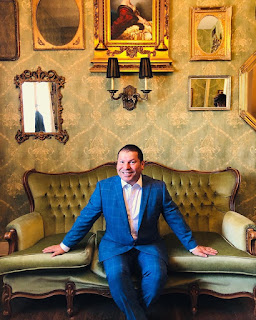 It was a fabulous time, but I drove back and forth from West Hollywood to Long Beach several times because I had already committed to Cat/house sitting for the weekend.  So driving out for Thursday night "Welcome" drinks... 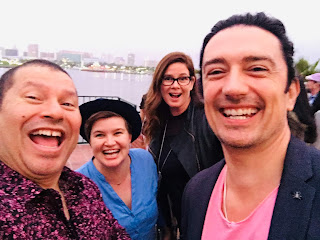 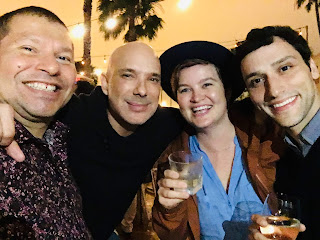 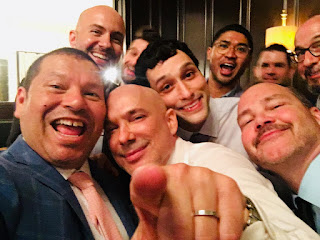 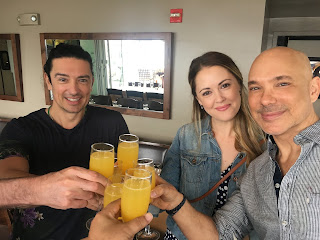 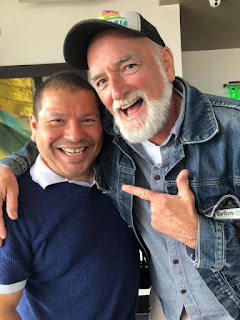 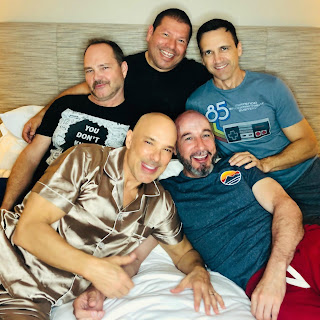 Which included a hilarious game of YOU DON'T KNOW MY LIFE  (which you may purchase HERE- and you should because it is amazingly fun!) 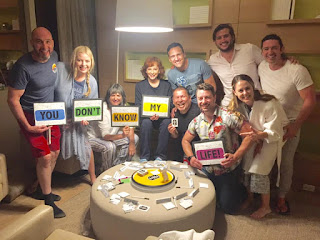 and back to the cats was quite exhausting.

The drive wasn't that bad at night, but the day time traffic could set you back a couple of hours if you leave at the wrong time.

Then, Sunday proved that there's no rest for the Wicked OBC Listeners, because I had to get up early, slap on some make-up and don my Nacho Pancho to get to the float for BEST IN DRAG SHOW in time to start the parade! 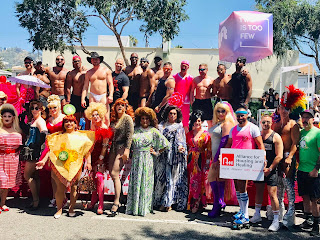 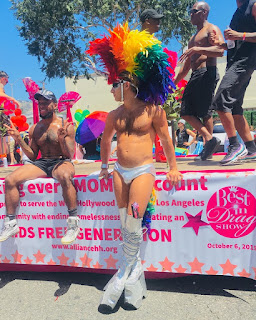 After the very long parade was done, I worked the BIDS booth for a few hours, then wandered the streets, where I was accosted by all sorts of hooligayns! 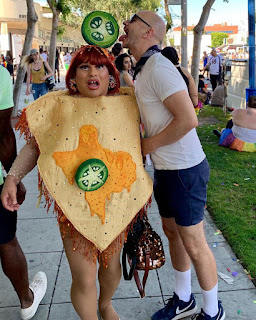 Then, I ended up at a tiny pool party, where I shed my nacho pancho and exposed my lovely jalepeno nacho bikini... which, of course, led to more accosting/loving! 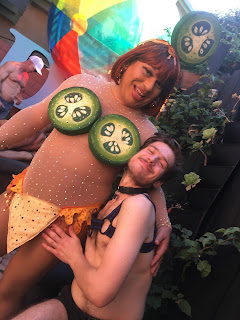 I returned to the kitty cats entirely spent and was too exhausted to eve lament that I was missing the  Tony Awards because I don't know how to get live broadcast on the cats' fancy Smart TV.

I do intend on posting more about each of these adventures...