Getting Out - Mean Stages 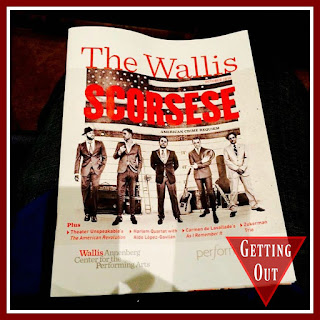 Have you ever seen a For The Record show? Their concept is, they choose a director, take songs from the soundtracks of their movies and perform them, loosely strung together with dialogue and characters from the movies. I really liked DEAR JOHN HUGHES (Now THE BRAT PACK)

(Where I caught a pic with one of the stars, Rumer Willis) 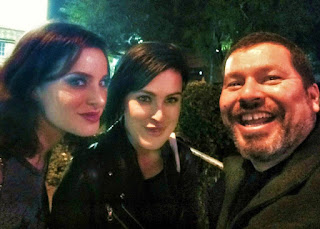 and loved BAZ, I'm looking forward to catching up on past shows featuring the music from movies by Quentin Tarantino, the ​Coen Brothers, Paul Thomas Anderson,​ ​G​arry & Penny Marshall, and ​Robert Zemeckis!

Previously, these shows were performed in a club setting, where the cast moved, danced and sang all around the audience as they enjoy dinner & cocktails. Now, they've moved on to larger venues. When my friends Ted & Eduardo said they were coming to visit me on my birthday weekend, I got busy looking for stuff to keep them entertained. I was delighted when I saw that an FTR show that I hadn't seen would be up & running at the newly opened Wallis Annenberg Center for the Performing Arts! I hadn't seen it, so I couldn't be certain it was something they'd enjoy, but based on my enjoyment of the other two shows I thought, "Screw 'em if they can't take a show!" I'm so glad I did! 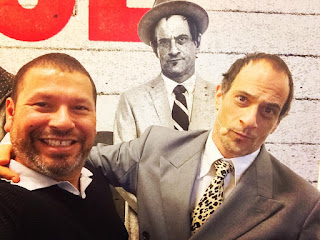 Immediately upon our arrival, I was accosted by one of the cast members, Jason Paige. Right then, I knew some of the immersive elements of the previous productions would be there. When we entered the theatre, Ted & Eduardo were delighted to find we were seated in the front row. The show started and I was entranced. After the show, I was feeling very excited and quite moved. This show hit me in a way that the others hadn't. ..And I really enjoyed those shows! My feelings were validated when Ted and Eduardo said that this is the best show I had ever taken them to. They got into the spirit and posed for a fun pic as we left. 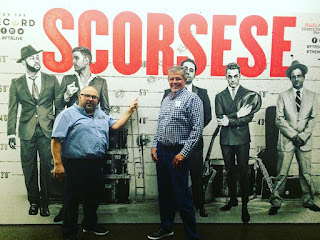 The feeling I had for the show grew every time I told somebody else about it.  Muh DAB, Dennis, said perhaps he would like to go, seeing as how I liked it so much.  The next day I bought our tickets and I was back in that theatre a week later.  Again, I was accosted by Jason Paige before the show. I sat there next to Dennis, anticipating moments I loved from before and was not disappointed.  I know I really love a show when I'm sitting there enjoying it, thinking about whom I can bring to see it next.  I was validated once again when Dennis said he really liked it, too!  There was no one around, so we missed out on a duo shot as Dennis had to take my photo after the show. 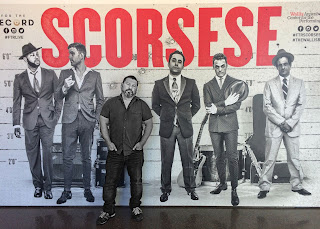 The moment I got home, I got on the phone and asked fellow Chico's Angels cast mate, Cher Ferreyra if she would like to see the show with me next week.  Honestly, she seemed surprised, because I never ask her to join me for anything, other than when we've gone to support other friends' theatrical outings.  She said yes, I hung up and bought tickets for the next weekend.  I asked Cher because she is the most New York person I know and I knew she would at least get a kick out of the scenes that tie the songs together.  That Saturday, we had a proper date with lunch at Gracias Madre followed by a short jaunt to the theatre.  I was amused that Cher didn't realize that we were seeing a live stage show.  She thought it was going to be a documentary about Scorsese's films and said yes without knowing exactly what she was in for because I never ask her to anything!  AWRSOME!  Again, I sat and watched the show, loving it and loving knowing that Cher was enjoying it, too.

It is hard to describe what it was about this show that grabbed me the way it did. Of course, it had very much to do with the performances from the amazing cast, including Tony winner, John Lloyd Young and Tony nominee Carmen Cusack (whom I had recently loved in BRIGHT STAR on the Broadway) and other UBER talented folks.  The technical aspects of the show were all exceptional and really drove the high points home.  All I know is that when a show is firing on all cylinders, my insides start to pulse and it feels like a huge fire ball is going to pop out of my chest, I can feel my heart beating and I get so overwhelmed that tears will roll down my face, because the only way to stop them from doing that is to stand up and scream how much I am loving that moment.  Which of course I don't do.  No one should ever do that- it detracts from the moment.  It's interrupting the performance to say "LOOK AT ME! LOOK HOW MUCH I'M ENJOYING THIS! JUST LOOK! WOOOO!"  I can't stand when people hoot and holler during the Star Search moments, preventing me and others from hearing the complete and mesmerizing sound that is coming out of Pia Toscano's mouth.  Why is it so hard to wait until a song is over to hoot and holler?  Wait til they're done before making other noise!  Anyway, I had that explosive feeling throughout the show, song after song.  Something about how all elements come together and create this delicious energy inside of me had me feeling excited for the performance, happy for the performers and satisfied that I brought someone else to share my happiness with.  I was so happy when Cher turned to me after the show and said, "Who can I bring?"  We were both disappointed later when we realized it was the last weekend for the show.  But we cheered up when we took our pic! 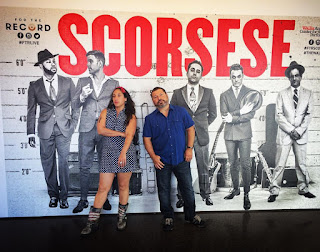 So, there I was after the show sitting at home, realizing it'd probably be a long while until I got to enjoy the show again.  Sure, there'll be other shows that make me wanna burst out and scream, but they are rare and should be cherished as I do this one.  Thank you For The Record!  I hope to see you on the Broadway soon!

Now, please enjoy these photos I stole from an article about the show...  and Instagram! 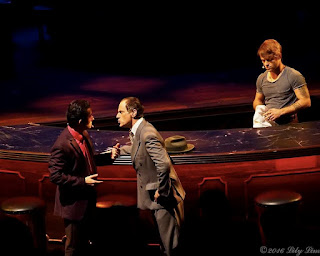 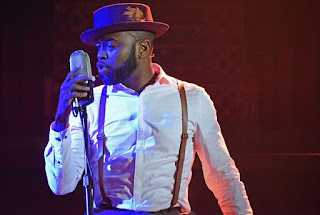 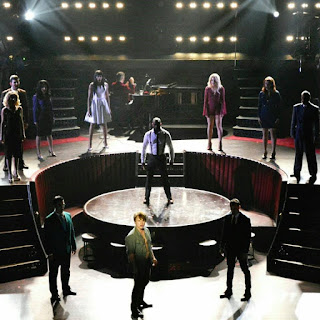 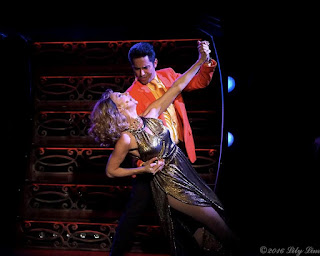 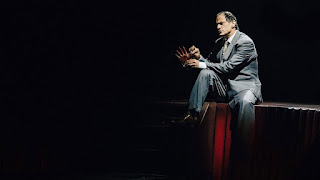 (This was one of my favorite moments! - Jason Paige)
From Instagram 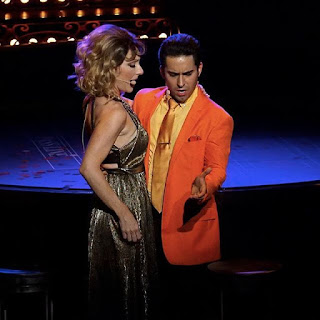 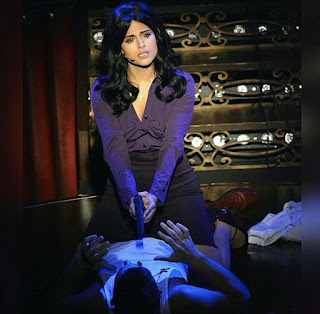