Gay of A Certain Age - Idle a While UPDATED! 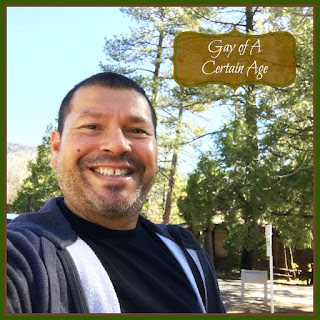 Hi!  I'm not avoiding you!  I'm in Idyllwild at 6000+ feet elevation and the WiFi in the cabin is spotty at best.  Because of that, I'll have to  say hi, & update as I can.  Right now, I can get anymore pix to upload, so I'm gonna give you a dry post and update with pics later.

At the last minute, muh DAB, Dennis and I decided to spend Thanksgiving week in a little cabin in the woods, followed by a weekend in the Palm Springs desert.   I certainly could use the time away, because I felt like I was really busy and I spent my last day in Los Angeles helping my friend Geoff move back to L.A., which included unloading his DoJo Fit Gym stuff into his storage space- you know free weights, kettle bells and shelving units.... 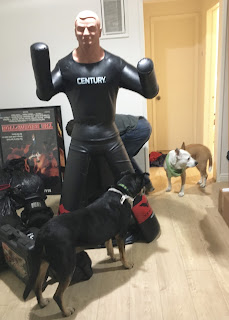 It also included fighting off the advances of over-amorous dogs.
Here is Mayhem knocking me over... 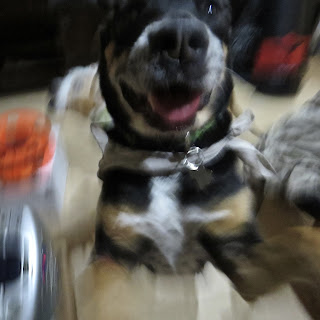 I may have also gotten a boyfriend out of it... 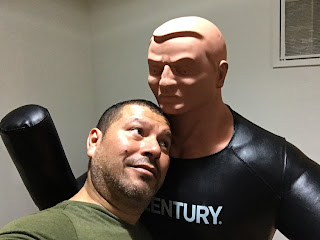 But that's another blog entry...

Anyway, it felt good to have breakfast with muh DAB, Dennis, 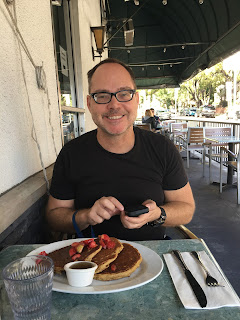 Load up the his pup, Enzo, 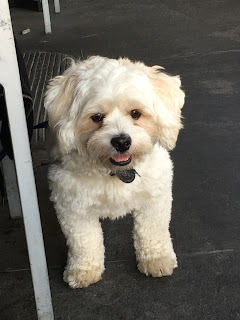 And hit the 10 all the way to Idyllwild! 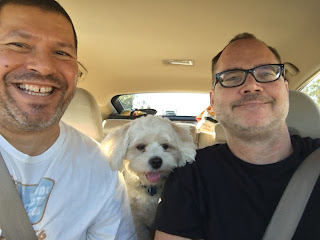 We found Idyllwild to be nice, quiet, and very restful! 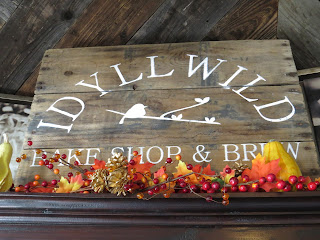 Both of us were ready for four days in this little cabin in the woods, 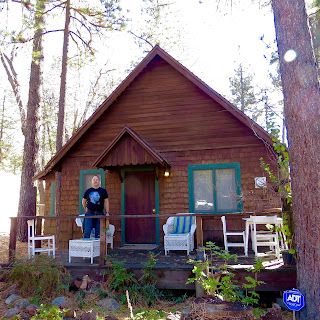 Because, as a Gay of A Certain Age, I know that sometimes a major holiday calls for getting away from everything and everyone to relax, revamp and refuel.

I had a couple of really restful nights.
The only thing that weighed on my mind was the spotty wifi!!