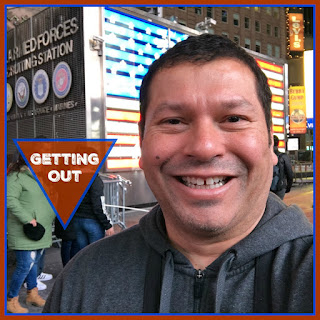 After completing my last show for Chico's Angels' November run... 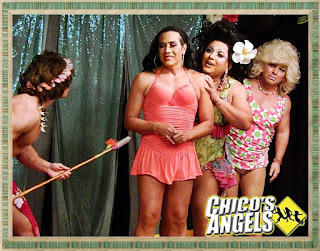 I hopped a plane and headed to New York!  I needed a little break from the tension of the election madness and knew that a few Broadway shows would hit the spot.
I contacted muh DAB, Richard, and asked him to join me for a TKTS night.  That's the half price ticket booth and I've taken to doing that the day I fly in ever since I missed SOUTH PACIFIC because of a delayed flight.  That was $130 I didn't get back.  To be clear, I rushed home from my theater, got a few hours sleep, rushed to LAX, flew 5 hours, got in a cab, hit my resting place, rushed to Times Square, got out Tix, rushed to a quick dinner and rushed to the theatre to see FIDDLER ON THE ROOF 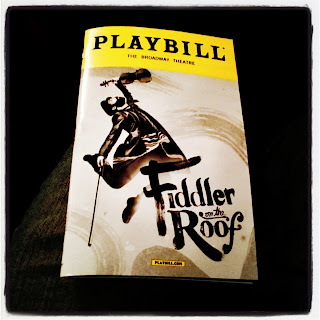 It beat out newer shows that were available because it is closing soon and I've never seen a big time production of it. (Not since April, anyway)  The performances were really good, but while the production itself was very good, it didn't offer any surprises or special thrills.   Richard & I had a fab time. 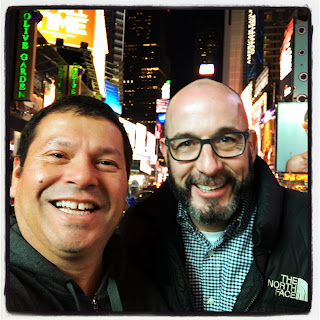 Today, I brunched with Richard, then headed to my Matinee... 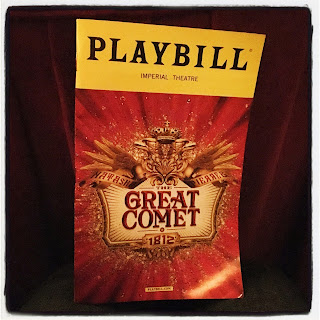 I saw NATASHA, PIERRE & THE GREAT COMET of 1812.  It was delightful!  The Imperial Theatre has been remodeled to accommodate audience members on stage and bring the playing space further into the house, for a more immersive experience.  It reminded me very much of the For The Record productions that I've been enjoying for the past few years (Remember SCORSESE?)  As for the show itself, I enjoyed it very much and bought the Original Cast Recording as I left.  I didn't realize, of course, that the CD I bought didn't feature Josh Grobin and Denee Benton, whom I had just seen and were awrsome.  So I'll hold on to this one, but look forward to a Original BROADWAY Cast Recording. 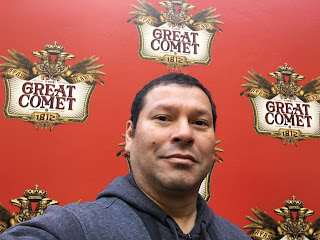 I had three hours to kill before my next show, so I went over to the 42nd Street movie theaters, but nothing line-up time-wise (Really Marvel, super hero movies at 2 hours +? ( I don't mind when I'm not on a shedule))  So I went to Times Square to people watch... 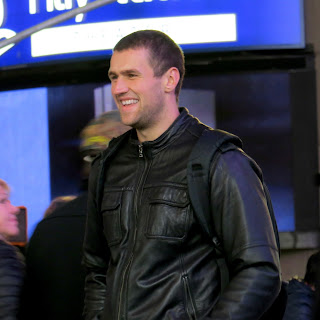 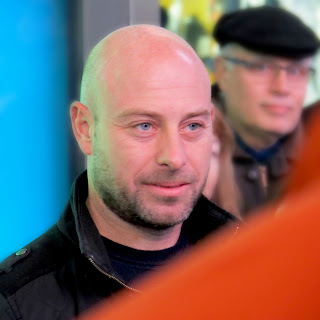 Sometimes just watching folk ain't so bad, right?
Then, as I was walking around, I saw Hair & The City and decided to get a much need buzz. 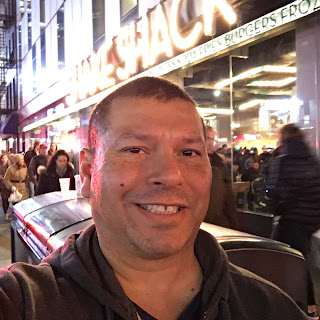 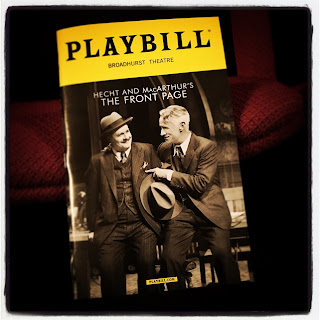 I came to this show despite my aversion to Nathan Lane- one of the ickiest people, ever.
I enjoyed the show and am glad I got to see a play this outing, I always try to throw a play in amongst all the musicals.  The performances were enjoyable, Jefferson Mays was very, very good and one of a number of stars that seemed too large for their roles.  With a huge, talented cast like this one, you can't go wrong and the show is worth seeing- especially because Nathan Lane doesn't come in 'til well into the second act!

I have one more day and two more shows and while I am seriously underdressed for the weather and haven't been hit on once, I feel great with my new head buzz and inspired by the shows I've seen.  My only regret is that I haven't seen many of my NY Friends- and even though I had about 3 hours to kill today, it all seems so crammed together.  I guess that's what coming in on a Friday, instead of a Thursday does to me, but I will make an effort to see some the New Yorkers I love.  It's not always so easy getting out!