This Is Why I Am Single - Presidential Cock Block 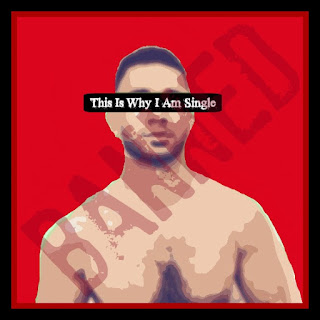 I'm still ecstatic that my last encounter was actually not a Catfish incident!

Also, because I enjoyed meeting him, I thought I would do away with the "The ball is in your court" game playing and send him a non-threatening emoji message to let him know I was thinking about him.  I accidentally sent a really stupid looking one because I inadvertently tapped, when I meant to scroll. It was this awfully drawn "cupid" belly down, drawring circles in the sand.  Anyway, slightly embarrassed by the aesthetically displeasing cartoon message I sent, I anxiously awaited his reply, (perhaps a rainbow unicorn with tiny hearts fir eyes).  I few moments later I got his reply which was a message saying that he went to Puerto Villarta with friends and now can not return for 90 days.  I was a bit confused.  Did I think he was Latino?  I dont know what I thought, because actually and apparently, race doesn't mean that much to me.  A hottie is a hottie, am I right, DABs?
Anyway, he's in the US with a green card, but that's not enough to get him back in.
I shot back, "What'll you do? Where will you stay? What about work? Rent? Seeing me again?" To which he simply replied, "Ask Trump".

GODDAMMIT!!! I've been dubious about That Man from the beginning and actually think we are on the road to Naziland USA, and have worried about my rights as a GLBTQIFFPPPLMSNBRYCF American... I've always suspected that he will destroy this country!   But I never thought he'd actually cock block me! Look Orange Headed Asshole, I have enough obstacles in my romantic life!! I certainly don't need to have the only (available) guy to show interest in me in over a year to be detained in Mexico because you want US citizens to fear & hate Muslims, or people from Countries where Muslin folk live!  I'm sure this is no picnic for my suitor or the others of THOUSANDS of people affected by this dick show! I'm fuhrerous!!

Bur seriously folks, while I am mildly inconvenienced by this horrible action there are people whose lives have been turned upside down over this.  That Man's actions during his first 10 days in office have been mostly disruptive and destructive, designed to cause confusion and doubt while he and his cronies destroy our political system.  I hope this works out for those who are the pawns in this latest move, but I suspect, we'll see the chessboard flipped over, with all of us pieces strewn about before this entire mess is over.
Posted by Danny in WeHo at 11:43 PM

Email ThisBlogThis!Share to TwitterShare to FacebookShare to Pinterest
Labels: cock block, Muslim Ban, Nazi, Politics, Puerto Vallarta, That Man, This is why I am Single