Too Busy For Love - Condoms at Venice Pride 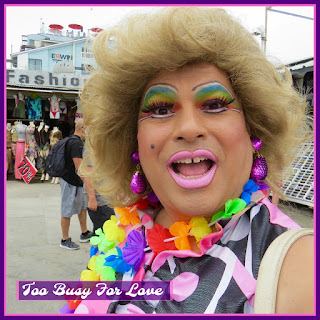 Did you even know that they have a Venice Pride??

Well, I didn't and didn't know that it has been going on for 3 or so years.  This year, I was made aware of it when I was asked if I wanted to help pass out condoms for LA Condom.  I couldn't make Friday night's festivities as I was busy being busy celebrating my friend Billy's birthday! 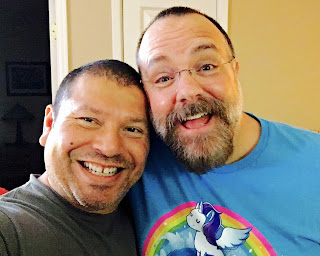 Now, this sounded like a big deal, for one thing it was the first pride event to be sponsored by a NFL team!  So Saturday, I dragged up and headed out.  I misread the little blue dot on my iPhone GPS and parked over half a mile away from where the festivities were.  So I started the event lost in daytime drag.  I went to the intersection featured in the previous night's photos of the event, but couldn't find any clue of a Pride event! 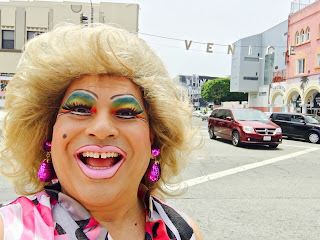 I kept walking around the area, but couldn't find anything.  I was also racking up the stares and glares from people, who you would think have NEVER seen a guy in drag before.  Seriously people, has 9 seasons of RuPaul's Drag Race done nothing?  So after calling my contact, I finally found the event... in a small arena in Muscle Beach! 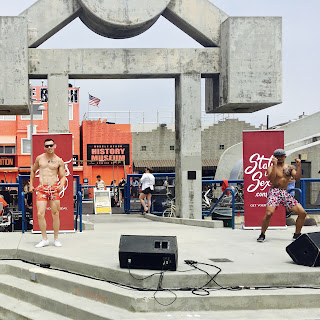 So there was this amphitheater set up with two Condom/PReP booths at the entrance and that is it!  No banner, sign or even a ripped cardboard box with Pride scrawled on it to indicate that there was an event going on.  It was small.  Very small.  I thought to myself, "We're not gonna give ANY free condoms away today!" 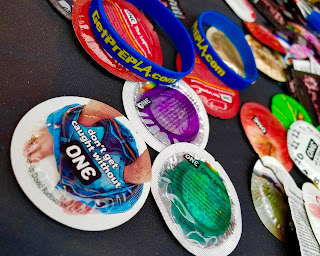 I put on my big drag queen shoes, grabbed a condom and went to it! 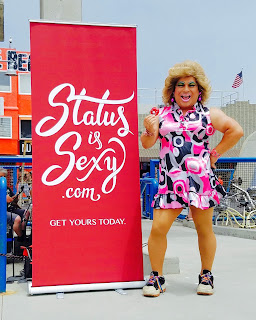 I stood out there and passed out condoms as if my life depended on it!  Again, most of the takers were female, but there were a few straight guys who had never seen anything like this and excitedly grabbed condoms as if they were Skittles!  We also had some French tourists who appreciated the booths and folks form places like Texas and Missouri who were astonished that there would ever be a booth of people handing out free condoms sponsored by the county. 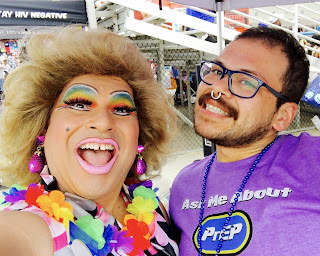 My boothmates and I were having a good time handing out conodoms and sending people over to my contact, Chris, to talk about PReP, (because I am so paranoid that I'd give misinformation, like "it tastes like Skittles!")  And before I realized it the little amphitheater was kinda full of folks, some I'm sure weren't gay, enjoying the program. There were speakers and performers and such... 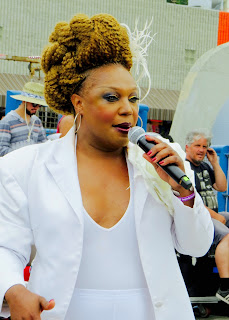 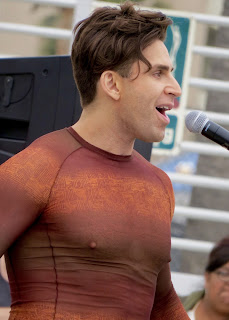 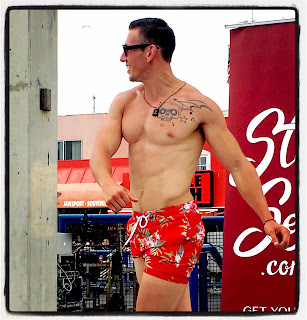 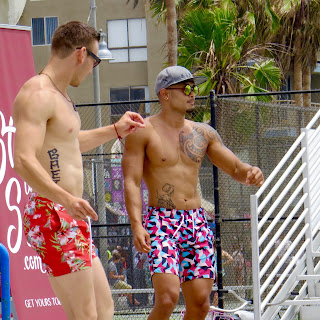 All in all, aside from assuaging the sadness of gays arriving expecting a huge festival, I had a good time and the people seemed to be happy despite the size of the festivities.  It was a nice day, too!
And while I was happy passing out condoms to strangers and overhearing the festivities, I couldn't help but look out, around the beach and wonder if these people even knew what was going on.  Also,  I wondered if any of them would love me. 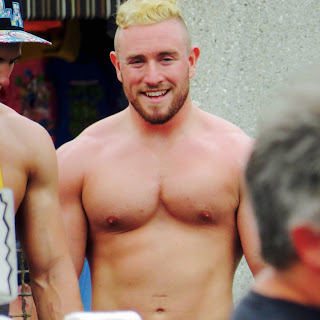 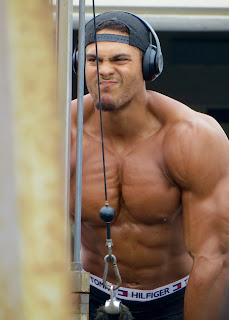 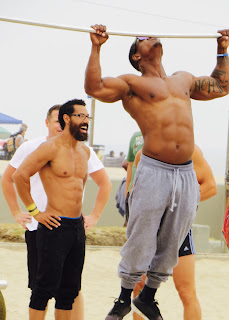 And as I wondered that, I spotted my new husband... 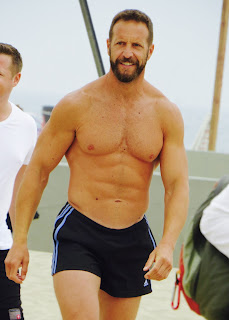 Who knows maybe next year, it'll grow into something even bigger and I will be there to hand out condoms and PReP info...  ...and he'll be there... ..ignoring me 'cause I'm in drag 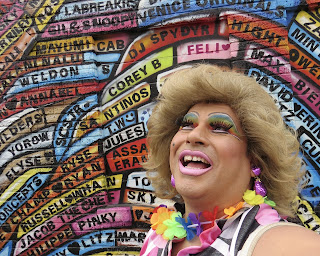 That'd be okay because, I'm Too Busy For Love!!

This coming week I have a screenplay reading (Monday prep) Tuesday night, guest Calling at Hamburger Mary's Drag Bingo as Reba Areba Wednesday night at 7:00pm, seeing THE PRIDE on Thursday night and the DMV on Friday!
Posted by Danny in WeHo at 4:38 PM