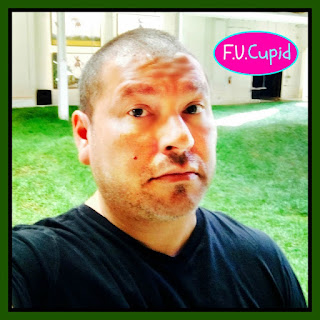 Alright, I'm not having much luck on FU Cupid, so when I saw a Top 10 New Dating Apps article, I just went ahead with their top choice, ZOOSK.  I hate it.

First of all, I posted a few pics that I think look like me...
This is my profile picture 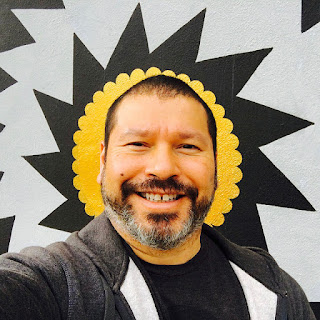 I think it's pretty good; I'm looking directly in the camera, it's in focus, the background is only threatening to be more interesting than me, my smile indicates I'm happy to be here, fun & open and you can tell how fat I am by my face.  Nothing deceptive going on here besides a little color boost.

I set a up a profile, that could be better, but at least is very specific about what I like & who I am.

So, I set off on my new adventure, hopping on to the Carousel ride known as "Carousel" (If you're hep with movie references, 'Carousel' , in LOGAN'S RUN, was where people are spun around and shot to death when they reach 30 years of age, so to me, this is not a good thing).  Here, Carousel is where you click and either like or don't like guys based on only their photo using a big "X" or checkmark.  Immediately, I'm struck by the fact that there a lot of unfortunate looking fellas in my area.  I don't mean to sound snobby or Looksist, but so many of these guys look like they've given up!  I'm looking at a range between 35-60 and most of them have a look on their faces that looks like the wish they had opted for the Logan's Run Carousel years ago!  To be honest some of them might be more appealing if they had chosen photos that don't feature them in; 1. Sunglasses and hats (hiding them like some kind of kooky heroine in a 70's heist spoof) 2.  Pain (Seriously, some of the expressions on these guys make them look like they're passing a kidney stone!)  3. The middle of a convulsion (Shaky camera work, blurry photo... do they not know how to work a camera, decide what is a good photo or trying to hide something) 4. Swimwear that they should not be in (Usually, more coverage is preferred). 5. A line up at the police station (Some of these guys look like they just stepped out of prison, and not realeased for good behavior).

Look, I know picking a profile pic isn't the easiest thing in the world, but one should be concerned whether it is a basically good shot as well as one that conveys some truth about one's self.
Some of the basic mistakes I see are;
Distance Shots 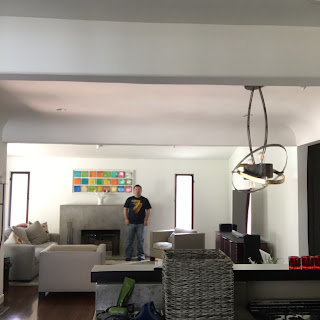 I mean, c'mon!  I think you might be cute... the best I could tell from this shot is one's weight/body proportion (vaguely) and your next door neighbor is very kind for taking a picture for you from their living room window. 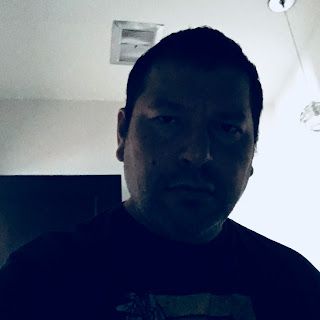 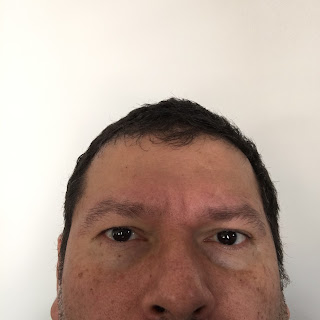 The body parts shot is never more disturbing than when it is just a part of a face.  What's going on below the frame, you got the Alien retractable 2nd set of jaws down there?

Again, I hardly think I'm any sort of Adonis, but these issues in photos bother me not because I'm a photo snob (Which I am), but because they all occur for the one primary reason... they are hiding something.  I don't know if they're just shy, insecure or tricksters at heart, but I'm not attracted to any of those things, so I move on.  SERIOUSLY though, how difficult is it to get a well lit, in focus picture with your face in the middle of it???

Then there are the ones whom I do find attractive, but are incompatible because their profile says things like "smoker", "fit for fit only" and the hugest turn off ever, "Straight acting here, looking for the same".  I can't believe people still write that shit and still don't know what it says about them.

Well, I did manage to find someone whose profile I found as attractive as their pic, so I sent him a message saying "Hi".  That's when the little window popped up "Upgrade if you want to know if he's read your message!"  Wait, I paid 59.99 for 3 months and that's not included?  I clicked on the button and found all these other NOT CHEAP upgrades that should be included for 59.99 (Which automatically renews!)   There is "Guarantee that anyone can respond to you" for 9.99 a month (Wait, I can send 15 messages to someone, but never know that they can't reply to me?- after paying 9.99 a month to know that they read message?) There's "Control your visibility" for 8.99 a month (is it worth that much to control whether a guy I'm not stalking can see if I looked at his profile?) There's "Boost your visibility" for 9.99 (Which implies that they are holding back my profile in some way- and that $59.99 is not enough) "Instant Crush" for 9.99 lets that person know that you like them when they randomly click on your profile, if ever. (So I click the star thingy to say I like someone, but they don't know until I pay extra?? WTF? Who the hell am I telling I like this person when I click the star, if not THAT guy???)  Of course, all of these boosts and bonuses renew automatically seperately, so you have to be on your toes or you could end up spending $100 on useless profiles & add ons.  I'm only slightly surprised I haven't seen "Cat In The Hat" which lets you know if the man you're talking to and really interested in is actually real or some being made up by the Assholes at Zoosk. "Anti-Vanity" for only 8.99 a month you can be sure that your profile is visible to more than just you!   At this rate, the stupid app should be called Zoo$k.

After this fresh hell, I've realized that OK Cupid isn't as bad as I thought, but still- this on-line dating stuff is crap- F U Cupid!!