Gay of A Certain Age - Tony 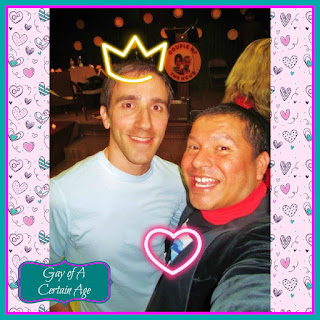 I am sad.
As I turned fifty, along with the celebration of half a century of life, I understood that death is a little closer.  It’s just a fact of aging.  I’m fortunate that my most of my grandparents lived well passed their 80’s, both of my parents are still living.  I just figured that there would be people around me aging out of life, so to say.  I’m at a point in life where I’ll start losing loved ones to old age more often.  Then there’s this: My friend Tony died this past Sunday night.  He was 43 years old and was one of the sweetest people I’ve ever had the pleasure to have known.  His love of horror and cheeseball movies was quite infectious and probably why we got along well.  Even if we didn’t have that in common, he was such a nice, kind and lovable person, it would have been impossible to not love him.  Truth be told, we didn’t hang out as much as I would have liked, what with my scattershot schedule- and we rarely had one on one time together. Usually, we saw each other in groups, large (muh DAB, Dudley’s fabulous parties) or small (Bad movie Nights or TV Time Machine viewings) and a night of scary movies at his place,(where he cooked me my very own portion of gluten-free pasta!)  He was always a sweetheart and I swear I don’t think I ever saw him in a bad mood.  A few years back, there came a time when I realized I wasn’t seeing Tony as much as usual and a mutual friend let me know that Tony was not feeling well.  Then I learned that he had cancer and was fighting a quiet battle.  Looking back, I wish I had asked him more directly about what was going on with him, but I didn’t want to intrude on his privacy.  I think I let him know I was rooting for him in his fight, without saying it.  I think I should have said it. 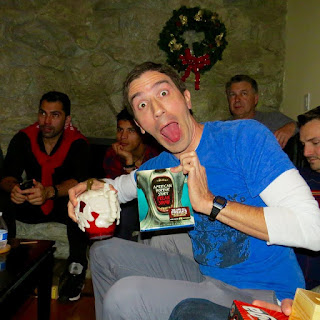 There was a period of remission.   Then, it was back. 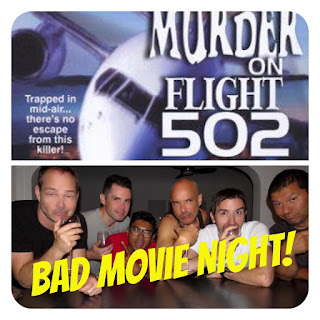 By this time, my friend, Brett, had become a little bolder in his old age (we’re the same age) and when he learned of Tony’s renewed fight, he found ways to gently ask and offer help.  I benefited from this.  I rode Brett’s coattails into the conversation and didn’t feel so much as if I was intruding or disrespecting Tony’s boundaries.  I got to ask my own questions and express concern.  We continued seeing each other at gatherings and swapping a text or two here and there.  I thought the fight was going well, then a few weeks ago I heard he was not doing so well.  Again, instead of asking questions, I stayed in the background “respecting boundaries”.  Then, there was that missed call late on Sunday night from a mutual friend, the friend at whose home we met.  No message.  It was much later in the night when I saw that I missed the call and figured I would call back in the morning to see what was up.  Getting in bed with my iPad, I saw the post on Facebook.  Tony is gone. 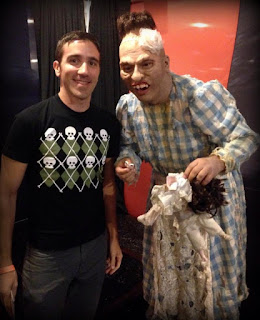 I knew he was sick and this moment might come, but still…
I thought of his boyfriend and his family. I thought of our friends, especially the ones who were much closer to him.  I thought of his smile and his laugh; THE APPLE; the Halloween & Christmas Music mixes he’d send out every year; cheesy movies; the parties; the TV nights; the costumes; that bowl of Barilla gluten-free pasta; the silly things I’d seen that made me think of him… 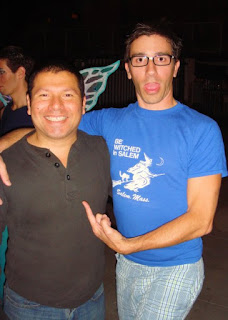 I felt sad, but I didn't feel bad for him.  He died at such a young age, but as I observed, he enjoyed life very much.  He had a great group of friends and found joy & fun in a lot of things many people would dismiss as too silly or chintzy to pay attention to.  He's had at least two long term relationships, that I can think of.  I've got a ten year head start, and I still have not had all those things.

He did not die alone. He had loved ones around him and friends holding him in their hearts. 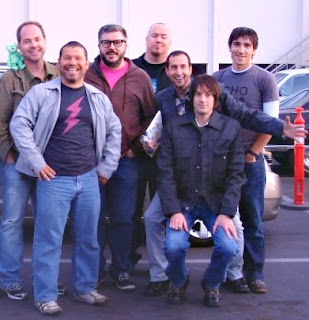 As a Gay of A Certain Age, I've reached a point where I expect to lose people (who are much older!), but there will be a few who leave too soon.  I've learned that I have to make a distinction between "respecting boundaries" and protecting myself.  I wonder how much I've denied myself and others, believing I was not intruding and making someone else comfortable.  Whatever the answer is, I do not doubt that Tony knew how much I loved him.  I do wonder how much more he would have accepted from me, though. I also know that to sit and dwell on it is not something that would please him. So, I will take this and move forward and remember Tony as the sweet and fun loving guy he was. and always will be in my heart. 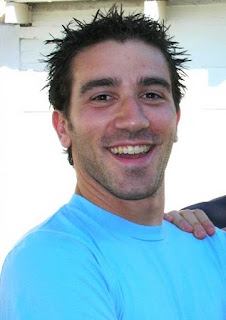 And may every day be Halloween! 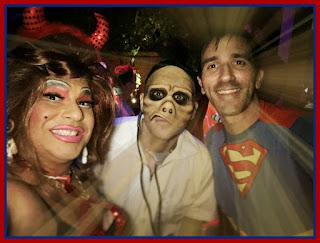