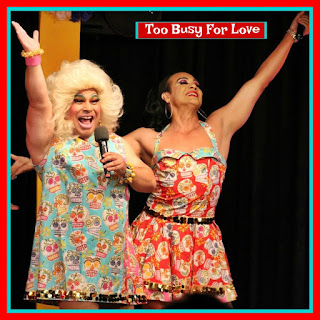 I’d love to go to that fancy restaurant where they make the gluten-free crust for the poke/chorizo/Raclette flatbread right there at your table, but I’m too busy! No sooner had Long Beach Gay Pride passed, when I hopped on-stage to perform VIVA LAS CHICAS! 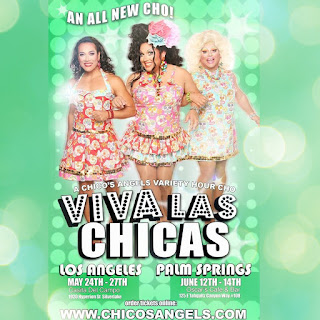 It's our Variety Show!  I had to learn a monologue, some new scenes and a few new songs for this outing.  Even though we had minimal rehearsal, which aided with my busy schedule, the show seemed to come together well enough opening night and was in great shape when we closed. 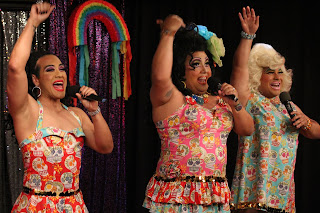 It was a fun time, singing songs and doing sketches without having a story to play out over two hours, as usual.  I also enjoyed going out into the audience, at the beginning, to find out what movie people were looking forward to seeing this summer. 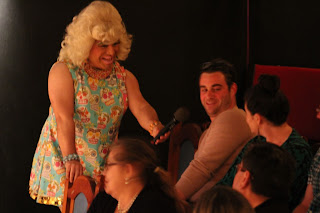 Heck yeah, I went to the cute guys!
And true to character, when asked what movie she was looking forward to seeing, Frieda Laye responded, "HEAD PULL".

I regret that we didn't have a hot, shirtless hunk in this show, but I wasn't completely let down...
My favorite part was our sketch called KAYWATCH, wherein we grab a guy from the audience 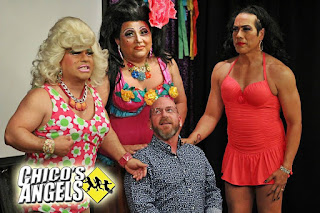 who is drowning (Whether he knows it or not) Bring him up on stage 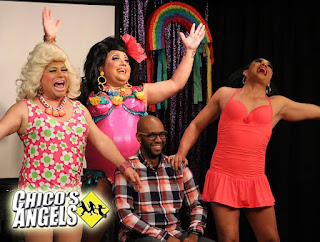 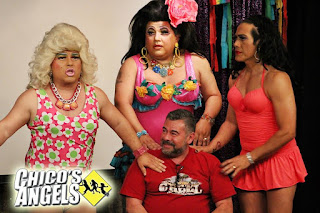 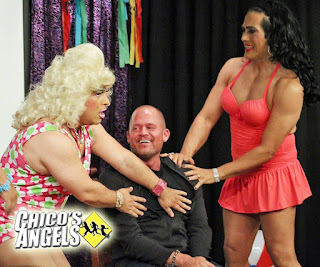 until he is saved and then has to endure being on stage while Kay Sedia sings a song. 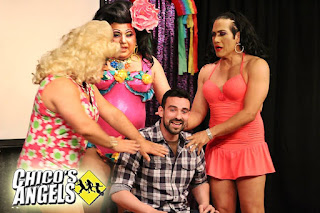 That part was all improvised and I felt lucky that it was my job to determine that each guy needed CPK.  They were all great sports and some of them had surprisingly nice pecs! ...and/or piercings!

Then, of course, there's the little meet and greet after the show.  Lovely folk hang out after to get a pic and a squeeze.  Here's a little sampling of after-stayers; 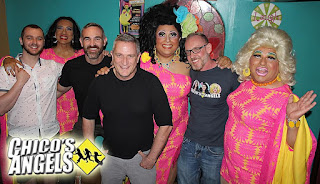 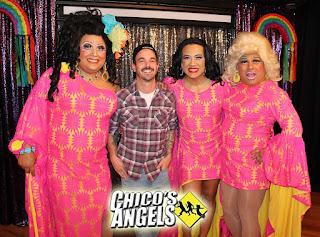 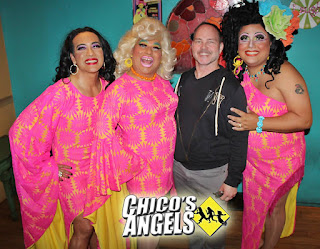 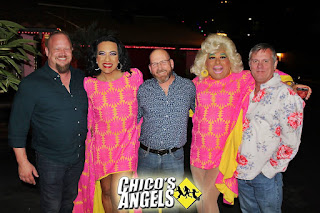 We saved the guy in the middle from drowning!! 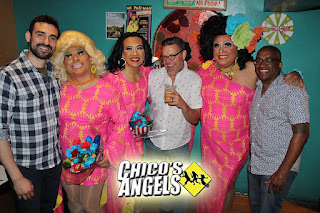 I saved this guy, too!
(the first rule of improv life guarding is DON'T FALL IN LOVE)

Don't think that I get to eat that raw fish pizza with you, now!
We're taking VIVA LAS CHICAS to Palm Springs!  We'll be doing three week nights at
Oscar's Cafe & Bar! 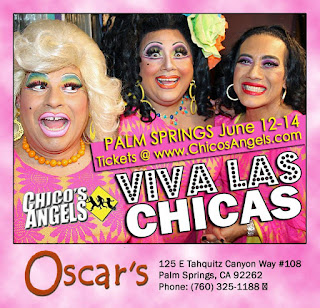 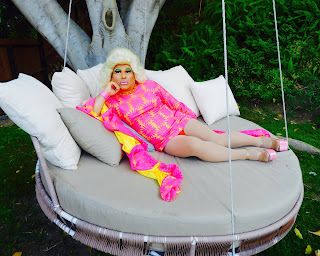 Now, whatever shall I do during the day in Palm Springs?