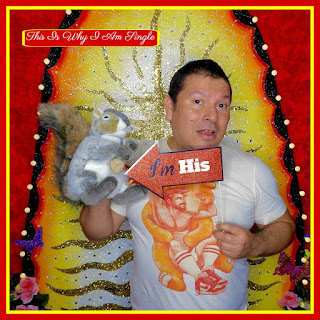 Yes, it's that time of year; the time when couples rub singles' faces into the poop of their own loneliness, Valentine's Day!!  Of course, I had my annual  Craft Night, we I invite a bunch of friends over, we talk, drink, snack and craft Valentine's for people unknown.  This year there was a big rain, so I had a lot of cancellations- but, it was still a great time because with fewer people there than usual, I had more time to actually sit and visit with friends.  Please understand that this event has gone from six people sitting around my dining room table in 2006 to some 60 invited guests darting in and out between 4 pm and 11 pm at my larger dining table, plus two other tables crammed into my living room.  It's tight, but cozy and people usually have a nice time.  Like I said, this year was a little lighter, so I was able to participate, rather than host, more than usual.  I got to make a few Valentines with everyone else, like this one: 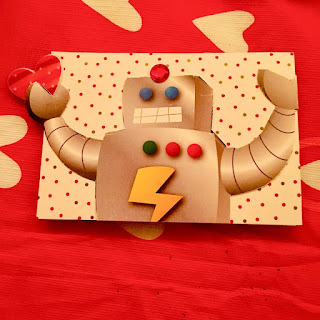 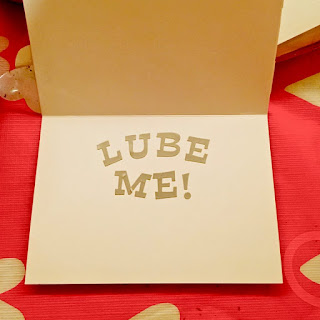 This Is Why I Am Single: I probably don't invite the guy who's gonna be my husband!  But there's so many people on the guest list already!

I invite so many people because I'd hate to hurt anyone's feelings, or make them think that they were judged lacking in crafting skills and weren't invited back because of it.  It's not true.  It's just that my place is not large and a few moments last year, we almost got to the point where someone had no place to sit.  I thought about creating an annex in my bedroom, but that has since become the photo op place.  take a look: 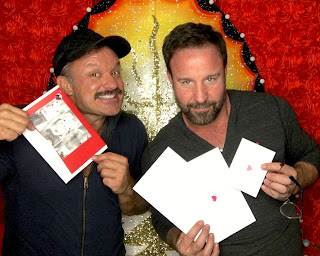 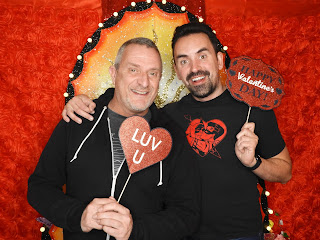 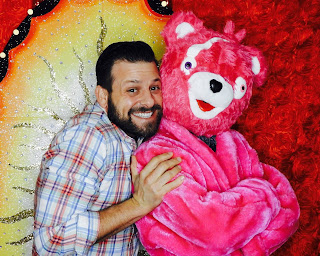 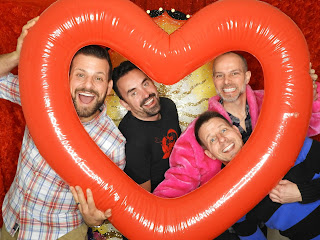 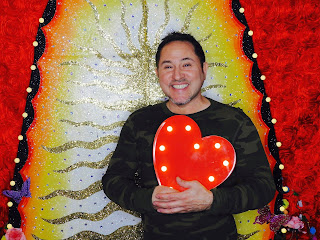 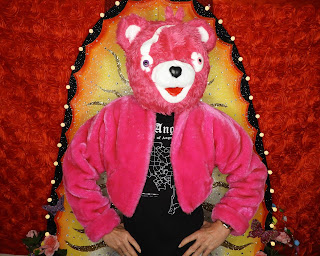 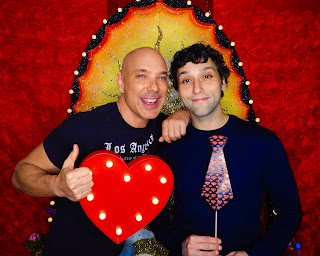 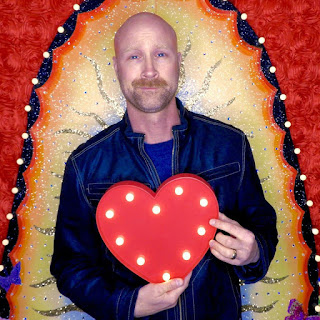 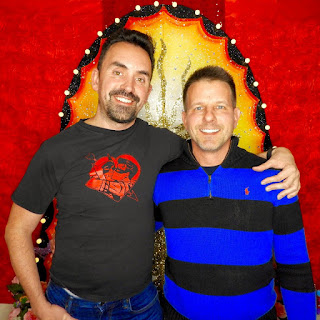 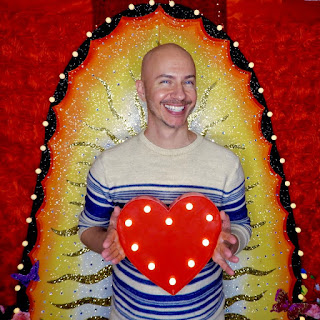 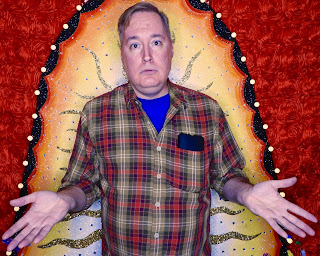 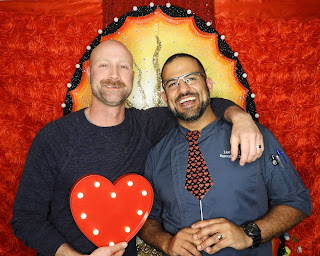 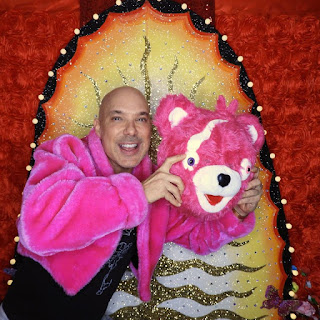 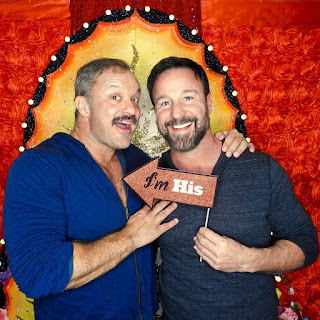 This isn't everybody who showed, but it's a fair representation...
Anyway, I'm trying to find a solution to my quandary over how to manage my invite list.
Space wasn't an issue this year, but I can't count on heavy rain in the future. I'm sure I'll figure it out. meanwhile, I'm grateful to have this problem, because while I may be single, I'm not alone... 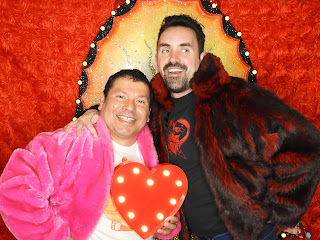 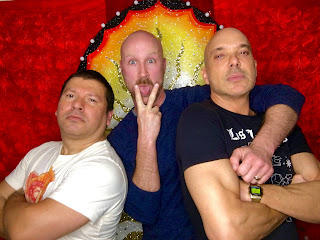 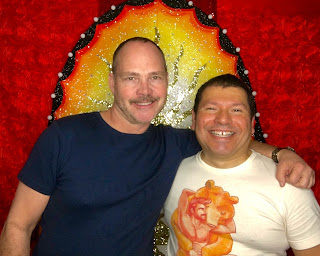 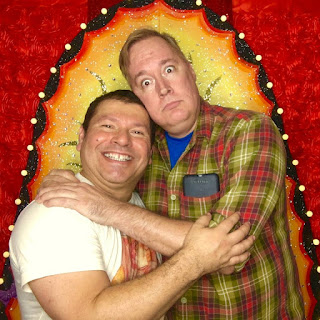 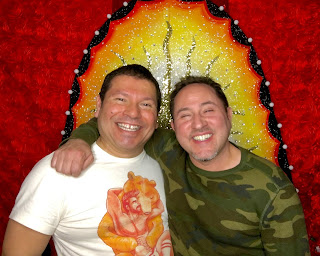 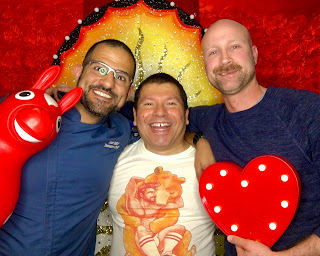 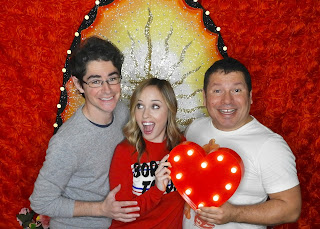 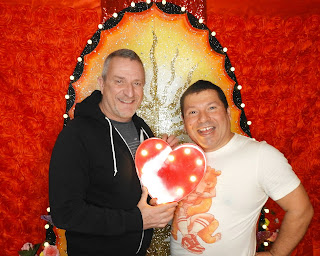 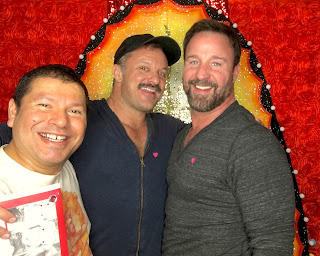 This last photo features the delicious Bryan Thompson and the sabroso Paolo Andino,
notable because Paolo is marking his 10 year anniversary return to Craft Night.


His Previous visit was in 2009 as a guest of muh DAB, Dennis Hensley!  This year, he had his very own invite!
Welcome back Paolo! 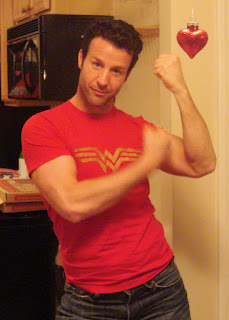 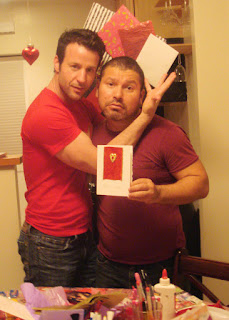