This Is Why I Am Single- Guest Column 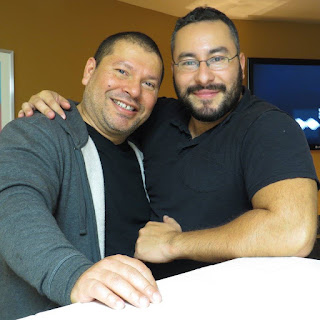 One day, recently, I was on that Facebook contraption and I happened upon my friend George Unda's post, (He's an honorary DAB - Die Alone Buddy).  I thought, while I read it, that this is quite dead-on with the spirit of DieAloneWithMe.Com. and I think may help some of y'all that might be going through stuff.  In order to not be a spoiler, I will simply get to it.

In my adult life, I’ve only had two mentionable relationships.

While both were polar opposites on the surface, the deep kernel proved to me the they were very much alike in the dynamics that make us functional/dysfunctional.

My first was hypersexual, while my second was practically non-sexual.

My first was impulsive, crass, chaotic and fun, while my second was erudite, methodical and tightly-wound.

Both were intense in demonstrating intimacy and compassion, but both always ONLY did this on their terms and their way.

Both were incredibly self-observed, and lacked empathy and compassion when things weren’t about them. And both had a visceral cruelty and callousness when things finally didn’t serve their benefit.

Both, as I’ve come to understand now, are narcissists.

At first, this realization hit me hard. Feelings of resentment were mixed with feelings or realization and relief. And when I finally understood the correlation to my romantic choices in life, I came to discover something incredibly deep about myself:

I picked these men, not out of love, but our of familiarity for the man in my life that acted the same way. My father.

I became my mother, whom had/has spent all her life trying to fulfill the recognition of a man that barely gave her any.

My sister has done the same thing with her toxic and abusive husband, whom this very day has been the crux of our family dissolve.

So it was at the very moment that I discovered my tendency to search out “LOVE” in men that are so easily attractable, and so charismatic in getting you in their grasp when they want, but can flip on you like a light switch with little to no remorse, that was when I KNEW, that my happiness can and forever WILL only come from ME.

That knowledge, while complex and deeply seated in behaviors and traumas that will take years to re-direct, will and has allowed me to have the perspective of what real love is.

That is why it is SO much better to be single, respectable and on your own, than coupled, but very much alone.

My advice to you all this Valentine’s Day is, respect yourselves. All you single and coupled alike.

For those of you coupled and living a lie, and fearing loneliness, understand that breaking that fear of rejection and loneliness will give you new life, strength and happiness in the end.

And for those of you, single, depressed and alone, remember that you’re not alone. Your integrity is secured. Your value, intact. And you will neither sacrifice those or yourself for a lie, not until you are at peace to find true love, without rush, without desperation, simply out of blithe happenstance.
Posted by Danny in WeHo at 12:30 PM

Email ThisBlogThis!Share to TwitterShare to FacebookShare to Pinterest
Labels: George Unda, guest, narcissism, relationships, This is why I am Single