Gay of A Certain Age - Orlando, No Dawn 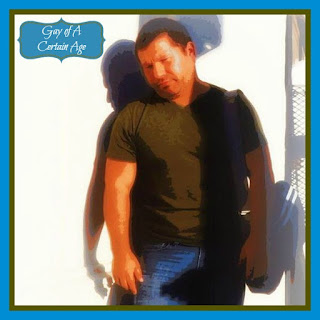 I'm generally an easy going guy who rolls with the punches and moves on, but this Sunday's Orlando shooting has really gotten under my skin.  I can't shake it.  It's hit me harder than anything else.  Sure there's the obvious LGBTQ connection, but it goes beyond a simple belonging to a group, it feels very personal.  I didn't know anyone involved in the shooting personally. I wasn't anywhere near the incident, but I feel like have been personally attacked.  As a Gay of A Certain Age, I've grown up hiding my feelings and desires, so deeply I didn't fully realize them until I was in my late 20's.  Even though I didn't know I was gay, I was picked on all through school, because THEY knew I was gay.  After I accepted my gayness, I had a fairly easy time because I had unwittingly surrounded myself gay and gay friendly people.  Still, I was aware of all the gay bashing and hatred around me, even though I hadn't been attacked personally.  I embraced my gayness and grew bold with a healthy sense of self worth, despite the spite spewed at me from the political and religious right. I mourned the countless brothers and sisters lost to AIDS, even though I didn't know any of them personally.  I grew strong and confident through all the crap.  I found myself living and working in one of the gay friendliest cities in the world.  ...and then THIS.  This Orlando massacre knocks me back down to a level even further down than when I started.  I am flattened; buried; less than.

When there have been mass shootings before, (sadly, so many before) I have felt sad and mourned for the victims.  I've angrily agreed that there has be some level of gun control.  That mourning usually happened along with the rest of the country, if not the rest of the world.  This time around, along with the initial attack on Sunday morning, there are the "after" attacks, that wound even more deeply, like the second explosion that takes out the entire team of first responders after a bomb.  Not only do we have to endure the sadness and frustration of the gunman's bullets, we have to go through the political and religious wringer again.  When Sandy Hook went down, we didn't have people flooding the internet with "Good job! Those children deserved it!"  After San Bernadino, I didn't see any "Praise God, those employees had it coming!"  But all week I've seen the Baptist preachers praising the gunman, I've seen the tweets on twitter laughing, cheering.  I've seen the people sworn to protect our country threaten us and the jerks on social media, whose only take away on this was a means of bashing the president.  I usually see a good amount of this crap everyday and my shield deflects it, I go about my life.  Orlando has smashed that shield into tiny tear drop shaped shards.  This past week, all of these attacked have gotten to me.  I am constantly on the verge of tears, trembling, getting sick in the pit of my stomach at the thought or site of the victims' families (as I pause to gather myself to prevent tears while writing this), all the while smiling and pretending I'm okay. If you look closely you can see it.  If you say the right thing, you won't have to look at all, I'll crumble.  If you are not a gay person, I don't know if you can truly understand what it is like being attacked from different directions for being who you are.  To some degree, if you are Black or Latino or Muslim (any other ethnicity or folk who wear Religious garb) you know what it's like to pegged on sight based on your appearance and how you have to be aware of your behavior in certain places. Add to that the fear of expressing any form of love, like kissing or holding hands; it's quite a burden to carry with you every day of your life.  Sometimes, for the Gay, you even have to be on guard at home because you know how your family hates gays.  Even in one of the gay friendliest cities in the world, we're attacked in the street (There has been a rash of attacks in West Hollywood the last few months).  It's hard.  It's depressing. Right now, it's unshakable.

I do appreciate the positive responses from others; Celebrities, politicians, just plain folks.  I notice the actions from organizations I hold in low regard; Walmart announcing they will discontinue selling assault rifles, Chick-Fil-A providing food and help to those affected by the tragedy as the aftermath of events unfolded.  There is a great deal of positive and supportive response, which I am grateful for. Unfortunately the hate and evil seem so much louder.  I feel like I am in the dark; like the sun never rose on June 12.
Posted by Danny in WeHo at 11:37 AM