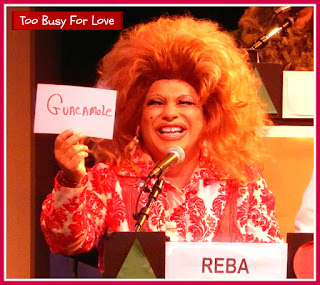 I would love to have gone with you to that space movie, but this weekend I'm very busy with Dennis Hensley's The Mismatch Game at the LGBT Center!  Actually, it's one of my favorite events throughout the year.  Dennis' take on The Match Game from the 70's is a blast to do and watch.  Last night I went to watch & help. 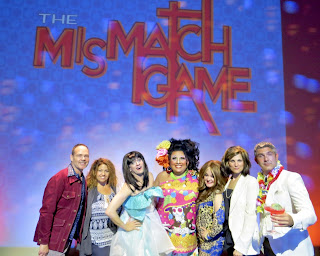 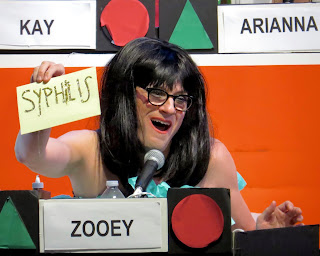 Aside from getting to perform, playing a game and stretching my improv skills, sometimes the contestants are real cutey pies... 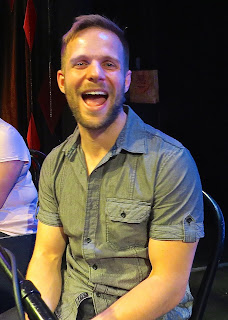 and some of them are cutie pies who remove their clothings! 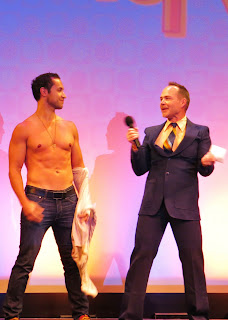 It's all for charity (The hottie above removed his shirt for a $50 bid) all the proceeds go to the Center's Homeless Gay Teen Program. To date, we've raised over $130,000 for those kids! I'm very proud and grateful to be a part of that. Mostly, I just receive so much joy when I get to do it. So, while I'll have to wait to see if that big spaceship gets blown up, yet, again, I'll be busy laughing and helping homeless gay teens.


I'll see you later, right now, I gotta figure out a way to keep Rea McEntire from showing up, so that Reba Areba can take her place! 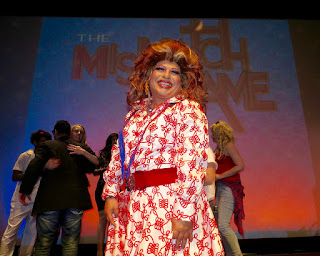