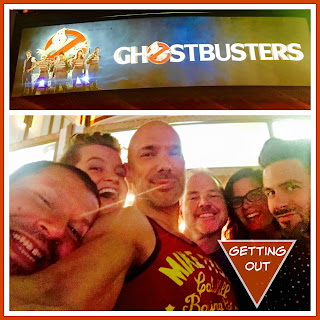 Last night, instead of going home after work, sitting on the sofa and using a Ouija Board to try to bring back KNOTS LANDING, I joined my friends for dinner and a movie.  We dined & hooched at Marmalade Cafe, where I enjoyed an Italian chopped salad and a raspberry lemondrop.  After, we walked over to the Pacific Cinema at the Grove and watched GHOSTBUSTERS.  As you can see from the above photo, two of the group were of the female variety.  At dinner one of them said something that struck me as sad.  She said, "We saved this viewing with you guys, even though we really wanted to go opening weekend to support female driven movies."  It's sad because this movie can't just be a typical summer movie remake, it fails or succeeds only because there are all female leads.  It pisses me off that the industry and a lot of America still feel this way. 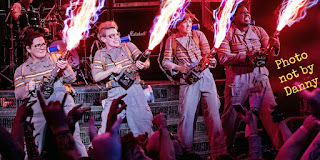 I enjoyed the movie because I found it funny and entertaining.  Not because it was four women making me laugh, but because what they did was funny.  Some of the laughs were big, some chuckles, some missed the mark- regardless of what sex the person delivering the goods was.  If the movie was bad because of bad direction, incompetent editing or poor story telling, it still would fail because  something "female driven" is a big risk.  Despite how many successful movies starring female casts there are, it's still a risk.  Sadly, it's not just Hollywood spewing this crap... 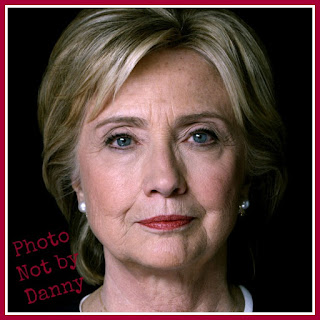 This election season, aside from all the typical party bashing, there are still those out there who say they will not vote for a woman president.  That's simply ridiculous.  Regardless of her many years of top level political experience and service, for some, she's not good enough to be president because she is a woman. How is this still a way of thinking?  Mortifyingly, there are some women who think this way, too.  Why should I care... I'm a guy. 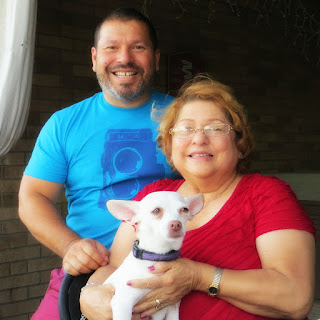 Maybe I care because I love and respect my mother, who worked very hard to raise four kids on her own.  There was a time when I first moved to L.A., I was almost thirty years old and barely able to pay my bills, with exception of free rent in Van Nuys... and I thought to myself, "Cripes!  At thirty my mother had four kids to support!" I couldn't imagine having four kids at that time and I knew I certainly wouldn't be enjoying the life that I was leading. To be truthful, my bills included auto insurance, gas money, food, credit cards that I had given up on trying to pay and my regular Gay Day every Tuesday in West Hollywood.  I lived check to check working as an extra in movies & TV and doing script coverage.  Those were hardly back-breaking jobs.  How did my mother do it?  I get miffed when I think maybe she could have made more money if she was a man, making it a little easier on her.  Just knowing how hard my mother worked and a lifestyle she didn't get to enjoy because for 30 years she had someone to take care of, makes me blow my stack because people have this way of thinking that a woman is not as good, as strong, as capable or respectable as a man.
Hopefully in the near future, people can be appreciated as individuals regardless of sex, age, race or sexual orientation.  Because of my Ma, that way of thinking was Busted for me, early on.  Hopefully GHOSTBUSTERS, will bust a few more things this summer.