Getting Out - Be It Ever So Humble... 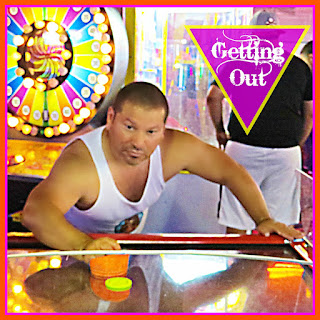 I traveled back to my home town of El Paso, Texas for the Fourth of July weekend.  Boy, did it do me some good!  As usual, I stayed with my oldest, best friend, Ted and his husband, Eduardo. 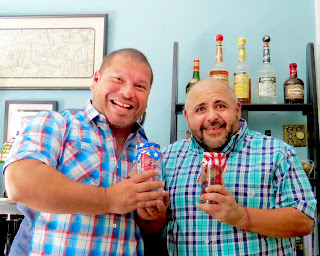 Ted and I have been a great support system for each other since high school- over 30 years and we've always been able to have a blast just enjoying each others company. 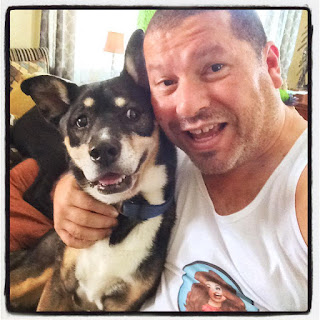 It's also great that Ted has 4 energetic and loving dogs who drive us nuts in between cuddles & kisses. 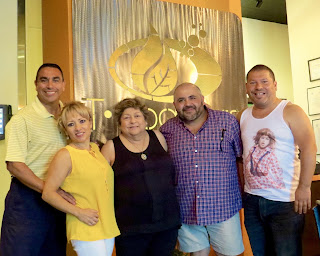 The first order of business was lunch with muh Ma, sister & brother-in-law.  My sister picked a most
L.A.-like restaurant and we caught up fast. 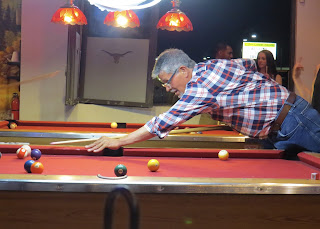 Later that evening, it was just us guys, darts & billiards.
As I headed to bed I felt some of that Orlando cloud lifting.  I felt a little lighter. 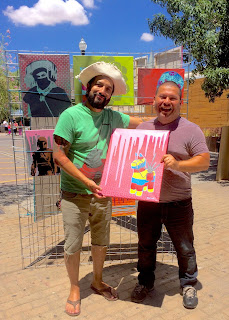 The next day, we hit the farmers market, where I bought some art from a local artist, Roman Martinez. 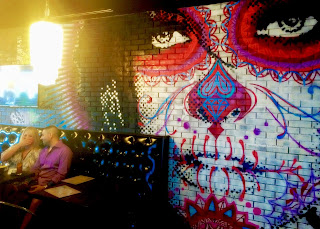 Then, we headed  to the Alamo Draft House to catch THE LEGEND OF TARZAN.
I enjoyed the movie and loved the vibe of the place, including the kitchy movie-appropriate pre-show, but have decided that I don't care for Alamo Draft House's food service during movies.  There's too much hustle & bustle during the set up of the movie, then they bring the bill during the climax of the movie, so one is trying to pay out while the build up pays off.  Also, great "No Talking" policy, unless it's one of the servers explaining the hard to see menu & unusual preparation. 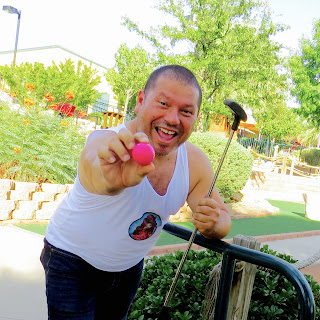 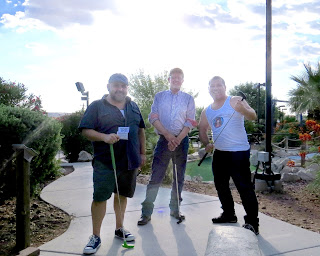 The nagging feeling of sadness was barely noticeable. 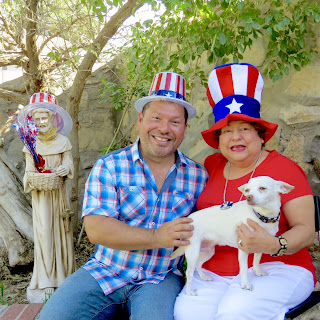 I spent the 4th with muh Ma, family and more dogs. 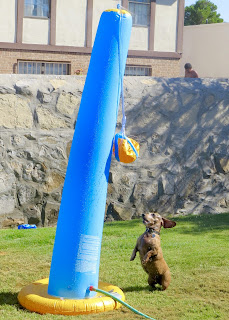 Instead of fireworks, we were treated to water sports.  Most entertaining was Nikki the wiener dog, joyfully destroying the inflatable tetherball set and frolicking in the water. 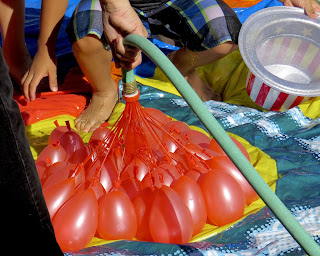 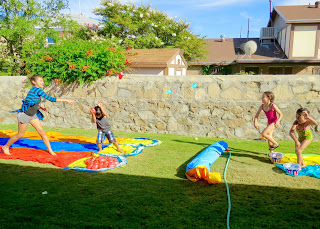 Another treat was watching the children pelt each other with water balloons. 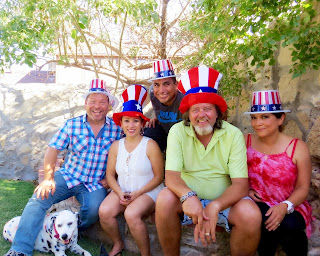 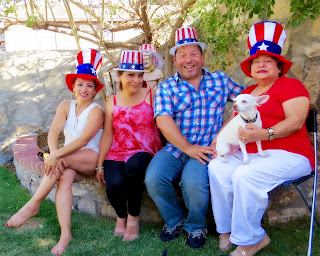 Of course the makeshift portrait studio & multi-multiple photo taking went on for a good portion of the day... as did the noshing on delicious BBQ ribs, brisket, tater salad and chile con queso. 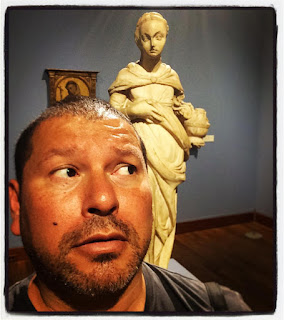 My last day, Ted & I tooled around and took in sites at the El Paso Museum of Art, where I was tormented by this possessed statue out of AMERICAN HORROR STORY: ASYLUM.

So, back at home in LA, I mostly feel like myself again.  I guess it's good to get out of town and recharge with the folks who helped me become who I am, who understand me and remind me who I am!
Could I have forgotten that I'm fun?

While I feel I've had some healing from the Orlando incident, there's another rash of white cops killing black men, and the national tension is rising again.   Add to that the worst and most hostile presidential race in my lifetime and it's no wonder that I feel this constant dull buzz of anxiety that brings a touch of sadness to my every day life.  Fortunately, my family and friends and their dogs, have re-charged my sense of self and strength- I will rise above.