Gay of A Certain Age - Paris Done Burnt Up 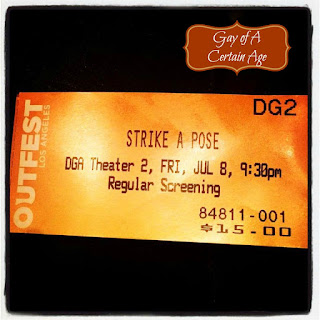 Friday night I happened to be the lucky recipient of tickets to a sold out screening at OUTFEST 2016.  Muh DAB, Steven K, decided he had too much going on this weekend and had to let something go.  This was it.  It was serendipitous, because I was going to accompany muh DAB, Dennis, to dinner and wait with him to see if he got a ticket on standby.  Thanks to Steven, he didn't have to wait and I had an unexpected movie treat.  To be honest I wasn't very interested in the movie, STRIKE A POSE because, while I enjoyed watching TRUTH OR DARE, I just didn't buy Madonna's story, so this follow up would probably be entertaining, but prolly just as airy. 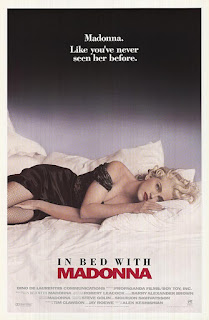 I didn't think it so truthful...

On the other hand... 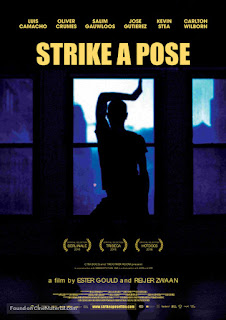 Immediately, I was intrigued when one of the film's subjects, (the documentary centers on the male dancers of that monumental tour), who was introducing the movie said something like "At least we knew this one was being made."  I thought, "How could you have cameras on you throughout the entire tour and not know a documentary was being made?"  then I thought a few more question marks, "?????".   Well, my knowledgable friend Ray, a dancer who has toured a few times told me, that there are always cameras and you don't know whose they are, you assume they're your friends' and sometimes they're your own, but it's possible that they didn't know that everything that was shot could end up in a documentary.  So the documentary unfolds and I found myself wrapped in the lives of these dancers after the tour and how expectations of continued success and popularity are met... or not. I was very touched. 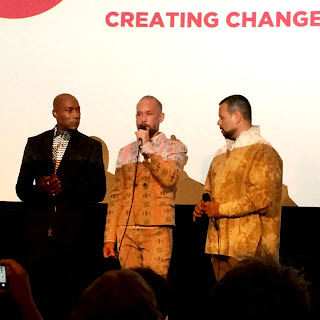 I found my eyes most moist toward the end of the film when the dancers reunite for the first time in many years.  All but one straighty are gays of a certain age and their vulnerability with each other had me in tears.  Each one has their own battle and at that dinner table they find they have allies in each other.  I couldn't help but identify with some of those battles, as a Gay of A Certain Age who despite being basically happy, did/does have few expectations of how my life would be that have not come to fruition.  I really felt like I was seated at their table.

So, I am a fan of this documentary because it provides a much more real story than was projected in TRUTH OR DARE.  These are men/performers/humans I can identify with and root for.  I also appreciate that it wasn't a Madonna bash-fest, although there are a few revelations I had no clue about.  I hope you get a chance to see it.