Too Busy For Love - Drag Season In Full Swing 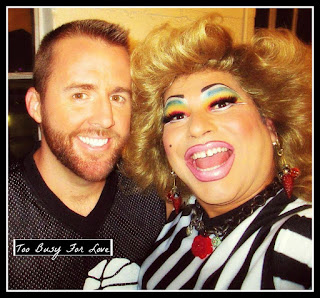 I'd love to go with you to see those super heroes fight each other while we make out in the back row of the theater, but I'm too busy!  Tonight I'm going to see muh DAB Terry's play, ELECTRICITY with muh DABs, David & Alejandro. 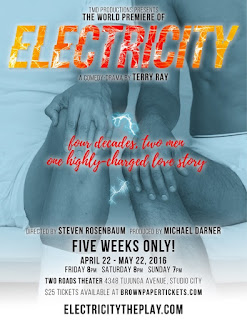 Then, I gotta go directly home and get some sleep because I have to wake up early, slap on some slap, put on a dress and scurry over to the L.A. Convention Center for Ru Paul's Drag Con 2016.

I'll be in the L.A. Condoms booth handing our condoms and PRep Pops! (I'm fairly certain that I am kidding about the PReP Pops...)  As you may recall, I was part of the free condoms campaign that included print & video PSAs. 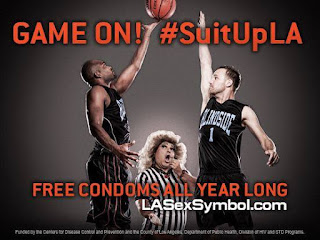 Next weekend, I'll be doing colorful commentary for the DRAG QUEEN WORLD SERIES, a benefit for Life Group LA. 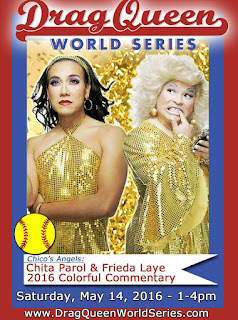 As you may recall, I did this last year and had a blast! 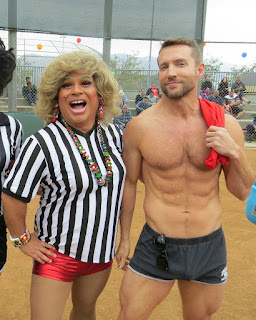 ...And the hunky shirtless mens didn't hurt neither! 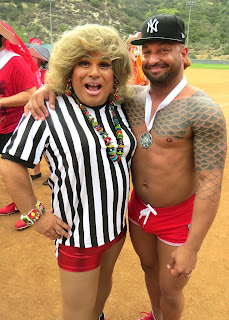 So if you like baseball, and enjoy seeing fellas in skirts & nuns habits playing it with very loose rules,
join us!! Get your tickets HERE

So, keep your tights on, I'm sure I'll have some time to go on a date or text back & forth endlessly without ever meeting, one day soon.  Until then, I'm rooting for that superhero with the big pecs and mysterious smile!