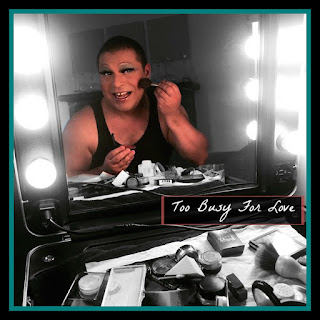 Today I got all did up and headed to the West Hollywood Library, where I took part in a Brief History of Drag art thing, where there were a large amount of drag queens.  I did it mostly because the photographer was Austin Young. 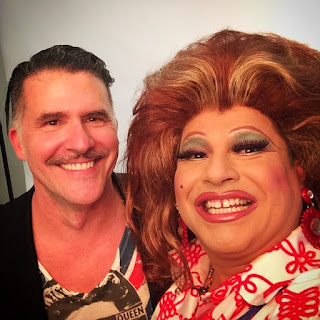 Aside from being handsome, he's an awesome photographer and I've always wanted a portrait done by him, so today was my big chance. 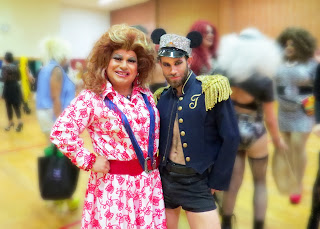 After the individual portraits and big group shot, there was a reception in the library and I had a nice time.  Also, I was too pooped to do anything else afterward.

Next up, on Friday, I will be performing in Dennis Hensley's MISMATCH GAME, as Reba Areba (Not Herve Villachaise, as pictured). 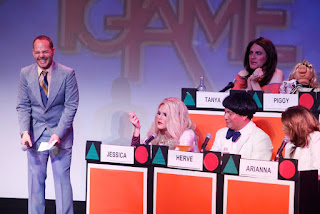 I'll be supporting the show with my attendance on Saturday night as well.

Monday and Tuesday nights, I will be performing in Kay Sedia's TACO KISSES 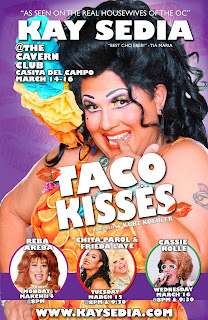 as Reba Areba, then Frieda Laye.  Then, two weeks later, I'll be doing the same thing in Puerto Villarta.  In the mix, there's a few work meetings, rehearsals, writing and stuff.  When ever will I have time for love?