This Is Why I Am Single - Signs, Everywhere Are Signs 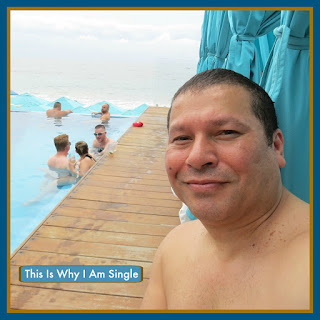 So, there I am in a fancy cabana in Puerto Vallarta, when all of a sudden some hottie REAL girls stroll in and start handing folks stuff. 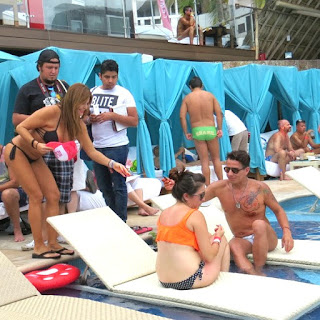 I have no idea what it is, but if it's free, I wants!!
Upon closer observation, I determine that they are handing out condoms!  I just had an entry about condoms and thought "Synchronicity! This is the universe telling me I'm in synch and where I should be."  Now, I certainly didn't have any immediate prospects for the sex, but I wasn't opposed to it.  I was open and what a nice little coaxing from the universe telling me to enjoy myself.  The boobsy girls came to where I was... and passed me by. 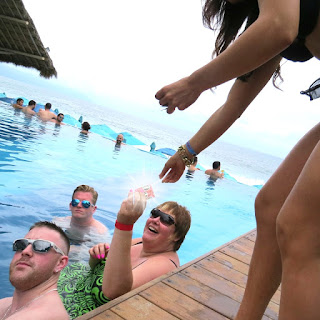 They handed a condom to our hostess for the afternoon, Amy.  They made their way down all the way to the end of the cabanas, handing out condoms.  Then, they finally headed toward me and kept walking!  They had run out!  What kind of message was that??  What are you saying, Universe??

This Is Why I Am Single; even when I let myself be convinced that things are going my way, some little thing will happen that lets me know, it ain't quite so.  What? I'm not supposed to have sex in Mexico?  Well, I didn't!  Are you happy, Universe?  ARE YOU HAPPY NOW??

I did have some fabulous duck tacos, though...

Email ThisBlogThis!Share to TwitterShare to FacebookShare to Pinterest
Labels: condom, sex, This is why I am Single