Getting Out - Me & My Peeps 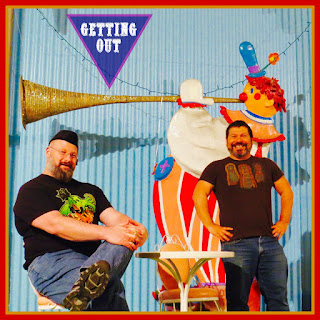 Much as I would rather have stayed in to watch a couple of hours of DVR joy,
I left my comfy sofa and popped over to Bob Baker's Marionette Theater with my friends, Billy  and Barry to catch Pretty Things Peepshow. 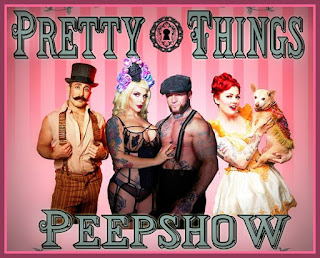 I'm really glad that I did.   Except for the poor seating in the theater, rendering anything beyond the 3rd row an obstructed view, I thought it was a really fun show!
First of all, the lobby was filled with the musical stylings of one of my favorite women in the world, Deven Green. 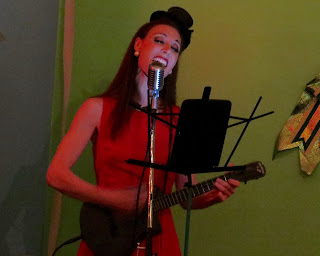 She is as hilarious as she is delightful.  She invited me to sing a duet with her and I joined her for a strained "Summer Nights" from GREASE- I had trouble figuring out what "Key" is, but she plowed on saving the song from me as much as she and her ukulele could!

Inside the theater, the performers were all talented and I loved the retro vibe.  Go Go Amy was a fabulous hostess with a mind-reading dog, Scraps. 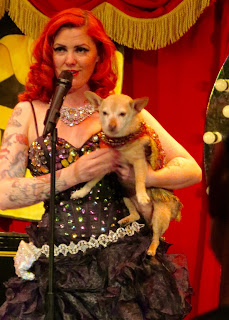 She had a wide array of dresses that she showed off through out the show.

Rasputin,was a handsome co-host who entertained us with his marionette puppets (when one could see them through the blocking heads in rows 1 & 2) 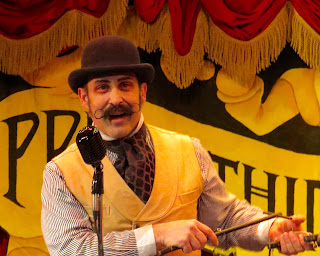 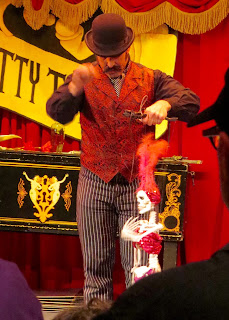 I found the stripping skeleton lady amusing, but the well strung Cupid's rendition of "Love Is IN the Air" was a real stand out.

Charlie Atlas, the Scottish Hunk showed his strength by bending a steal bar and throwing knives. 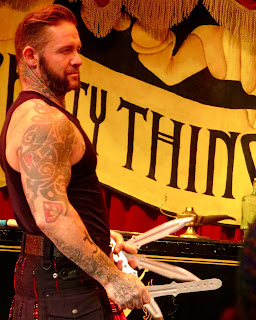 For some reason I was drawn to Charlie more than any of the other performers. 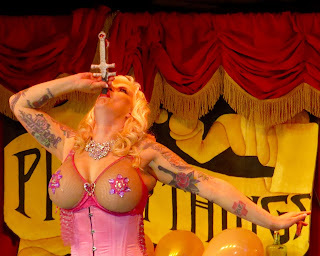 I admired her abilities very much. Also... BOOBIES!
These four performers rotated throughout the evening, topping each of their last acts.
The audience volunteers were nice, too! 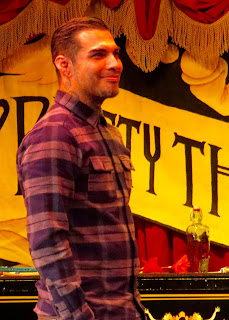 Things did get a little wild during intermission when folks who got up to get a drink or to take a tinkle, returned to find that their seats had been taken by selfish, selfie-taking Millennials, who simple replied "Well, someone took our seats..."  Luckily Barry, Billy and Jeb were willing to fight to keep out obstructed view seats! 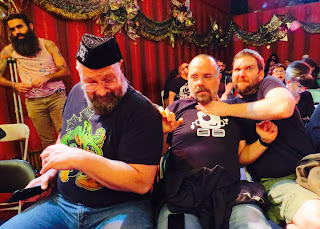 The only downside to the evening is that the show was longer than I anticipated and I missed a bon voyage party for my friend Jeb Havens, who is leaving to travel the world for a year. 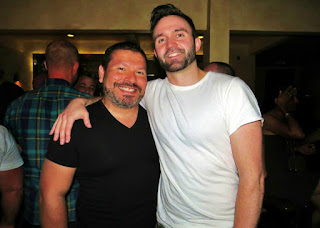 He's leaving on the heels of releasing a new album called HOME BASE. 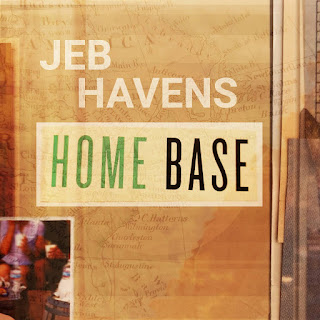 Check out a few of the tunes and buy it to help support his world tour!

Despite missing Jeb's goodbye, I'm really glad I resisted my T.V.'s charms by getting out and seeing a new and different kind of show.  Also, if I hadn't, I might not have gotten a brand new crush!
Oh, that Charlie Atlas! 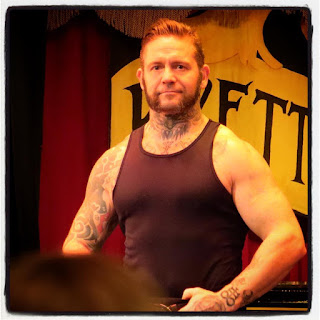 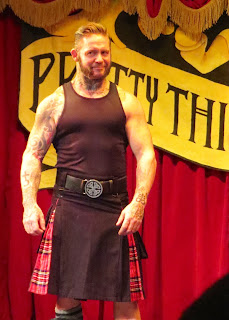 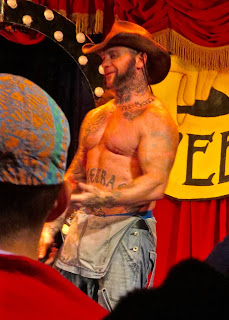