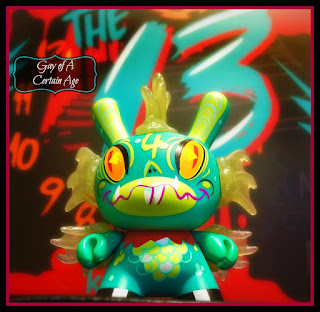 I know, I just turned 48, but something in me makes me squeal like a third grader
when a new Dunny Series comes out!  I have no idea what's going on with KidRobot,
but they've been lacking in Dunys this year.  Suddenly there's a few new special editions and finally a series release!  This series by Brandt Peters rocks!   I like it because I love his style and it fits in with the Halloween season so well!

I know I've written about how I worry that so many Dunnys in my home may scare a potential suitor away, but c'mon!  These Dunnys ROCK!!  Also, as a Gay of A Certain Age, I know it is important to mourish my inner child. 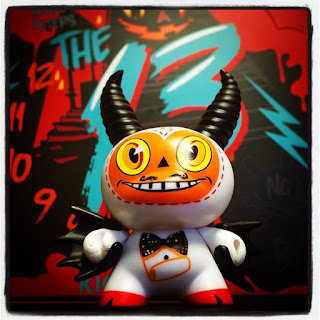 I just need to find someone who can appreciate my like for these vinyl treasures,
but doesn't collect his own, because if we ever broke up and he tried to claim some of my Dunnys as his own...  ...let's just say, I'd be dying alone because I would be in solitary confinement.
Maybe this shoud be a This Is Why I Am Single entry.

Email ThisBlogThis!Share to TwitterShare to FacebookShare to Pinterest
Labels: Brandt Peters, Dunny, Gay of a certain age, Halloween, Kidrobot, The 13