This Is Why I Am Single - Delayed Response 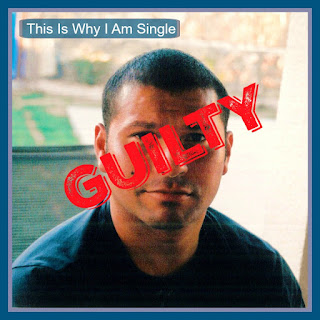 It had been sitting there since Sept 28, I saw it there and I just let it sit.
I have filled some space here, in my blog, about the trials of on-line dating in FU Cupid,
and I'll complain about other guys' bad manners...
This Is Why I Am Single, I let a message sit in my FU Cupid box for over a week.   I'm guilty of leaving this kid hanging waiting for a response to his greeting.  I hate when guys do that to me.
Here's why I did it.  I looked at his profile, it was sparse and he had one photo which looked like he was quite young and not my cup of green tea.  Regardless of my unattraction to him, I think it's generally good manners to at least respond with a "thanks, but no thanks."  I just didn't have it in me to write something that is disappointing and risks being arrogant.  I'm usually better about it, but I have let a few messages go unresponded.  The non-response seems to be an accepted part of the on-line dating thing, but I don't like it.   I think maybe my lack of viable suitors could be a little Karmic payback for leaving a few guys I'm not attracted to hanging.  Even if it isn't, I will try to treat others as I want to be treated.  As Glenn Close said I Fatal Attraction, "I'm not gonna be ignored, Dan."  I'd like to change that to, "I'm not gonna ignore, Dan" especially if you promise not to shoot me in the head in the tub.
Posted by Danny in WeHo at 7:44 PM

Email ThisBlogThis!Share to TwitterShare to FacebookShare to Pinterest
Labels: dating, Fatal Attraction, FU Cupid, messages, on-line dating, reponse, This is why I am Single