The Trials of Man Solo - The Lights Are On, But There's No Heart Home 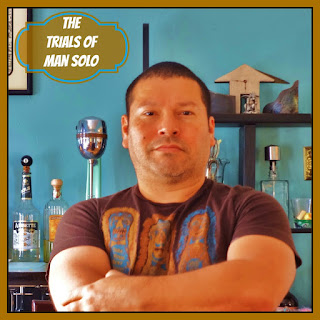 I've been wrestling with something for the past couple of weeks and it's almost driven me to distraction.  In a previous post I wondered if I could ever become one of the homeless folk we see on the street every day.  Heck, my last post was about being with and having friends I know won't let me die alone.  I am very lucky.  Am I also a hypocrite?

Here's my thing, I have a former co-worker with whom I had socialized a few times while he worked with me and dog sat his cute doggies a couple of times.  He hasn't worked with me for a few years and he seemed to drop off the face of the earth, I took notice when his Instagram went suddenly quiet.
Well, when I was in New York in October, I got a text from him saying he'd made it out of the desert with his two dogs and needed help to feed them (and himself).  I replied that I was in New York and couldn't help him.  I spent a good portion of my trip wondering what had happened to him and how he ended up homeless, living in his car.  Last I knew, he owned a fabulous loft in downtown L.A. and had inherited a nice chunk.  I also know that he has a wealthy family, along with a very well known artist cousin, with whom he was close.  And what the hell was he doing in the desert? Who is he, Moses?  I didn't hear from him again, until I was back in L.A.  I got a text during a Chico's Angels rehearsal about how he needed help because the car he is living in got towed.  I sent a text out after rehearsal to see how the situation was, but I didn't hear back from him.  I discretely discussed the situation with a co-worker asking advice (really asking for absolution) and I learned a lot about this fella I didn't know before.  Nothing too damaging, just tidbits about his behavior and life that I had no idea about.  It dawned on me that I really didn't know him very well.  I had known him well enough to know I thought he was clinically manic-depressive and wondered if he had gone of his medication.  I wondered how bad it had gotten if his family wasn't stepping in.  Then the guilt started setting in.

I always thought I would be The guy You Could Turn To.  I thought I would never be the one to let one of my friends go homeless in the street.  What the hell?  Then, last night I got a text from him, plainly stating that he was between residences and he needed a place for him and his dogs (which I have learned are pitbulls, one of which has bitten a person).  I'm ashamed to say I didn't immediately call him up and say, "Yes, please stay with me as long as you need!"  instead I just stared at the text, frozen as my brain overtook my heart and said, "Don't you dare!"  My head told me that this guy's problems were bigger than I had the capacity to help.  It went on that I didn't really know him, I had no idea what has happened to him in years and I didn't know what his stability was, as far as his medication.  Then, my heart pleaded to offer to take his dogs in, while he worked his situation out.  My head was quick to retort that I also didn't know his dogs, except that they are pitbulls, one of which has bitten a person. I don't think pitbulls are automatically killers, but I have no idea what their background is or how they have been treated.  I live in an apartment complex with many dogs (I may be the only tenant who doesn't have one) and I couldn't possibly take on the responsibility for their behavior, especially if they hurt one of the neighbor doggies.  My brain was cruel and said, "Once you let in a little crazy, you're taking it all in and it'll stay and damage you. DO NOT RETURN THAT TEXT."  So I didn't.  I just sat guiltily watching television hoping that he has found someplace.  Also, wondering, what if that was me?

Such are the Trials of Man Solo, learning to live alone, hoping not to live alone on the street.  Hoping that your friends have more compassion than you do.  I have no idea how to feel about this.  Am I strong for protecting myself, or am I weak for being selfish and not ignoring the very possible detriment that could come from taking in a manic-depressive person, possibly off his meds and/or addicted to drugs.  As I type that out, my brain is saying, "REALLY?", but my heart still quietly asks, "What if that was me?"

If he worked with me, he's heard of this.
If he's reading this, then please, go to PATH.
There is help for the homeless there.
I don't think I can help you with this the way you need to be helped.
Please help yourself.  Call.