This Is Why I Am Single - Sketchy Memories 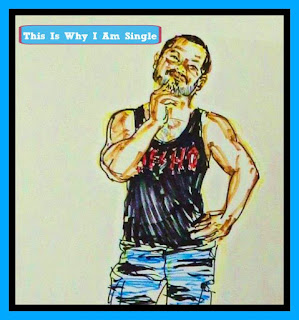 So, I was on Facebook, as I'll be and I glanced at that "People You May Know" strip that usually holds a list of hot shirtless bears, gay porn stars and Shelly Long.  Well, there I saw a guy I went on a couple of dates with eight years ago, whom I'll call Adolpho.  My first thought was, "Oh hey, that guy." then, "I forgot about him." finally, "I thought we were friends on here..."  Had I been unfriended by a guy I didn't fall in love with?  We parted on friendly terms and we exchanged fun stuff for a while after.  I remembered exactly what it was about him that made me come to the conclusion that he was not the one.  Then I clicked on his profile and it would seem that the last eight years have been very good to him.  He's a little ruggedly good looking, now.  He's filled out nicely and he seems to be further along in his career, quite successful and everything is hunk dory!  Then I started wondering if maybe I shouldn't have been so hasty in my dismissal of him and his romantic intentions.  Then, I started to worry, that I am still the exact same person I was eight years ago and now, he's grown up and it is I who is unworthy of him, as if I'd been the one whose love was unrequited.  He unfriended me.  Before I knew it, I was fantasizing, hatching little plans to get him back, or at least get re-friended!
Finally I realized how silly I was being.  Adolpho was not the one that got away, because I remembered, again, all the things about him that gave me pause, most of all, there was no chemistry.
What is it about seeing someone that I shared a little time with, who seems to be doing quite well, that makes me suddenly start doubting myself or a decision that I made, or that I'm missing out on some better life?  It's crazy.   I'd be lying if I said this was the first time this has happened, there were a few, "Maybe I was wrong" moments.  Sadly, some of the other ones have resulted in reunion dates that were almost immediately ruined with the stench of "That's right, that's why I didn't want this the first time around!"  I need to remember to trust myself and trust that I know what I don't want, or what I'm not willing to compromise in order to be in a relationship.  Luckily, I remembered before I ended up on an awkward date with Aldolpho, because, as sweet and nice as he was, he wasn't the one (or one of the ones).  However, this is the first time I've dealt with the unfriending.  I might need therapy on this one...

(Awesome sketch of me by Miguel Angel Reyes)
Posted by Danny in WeHo at 5:13 PM

Email ThisBlogThis!Share to TwitterShare to FacebookShare to Pinterest
Labels: Facebook, Miguel Angel Reyes, second thoughts, self doubt, sketch, This is why I am Single, unfriended