Too Busy For Love - It's a Mismatch! 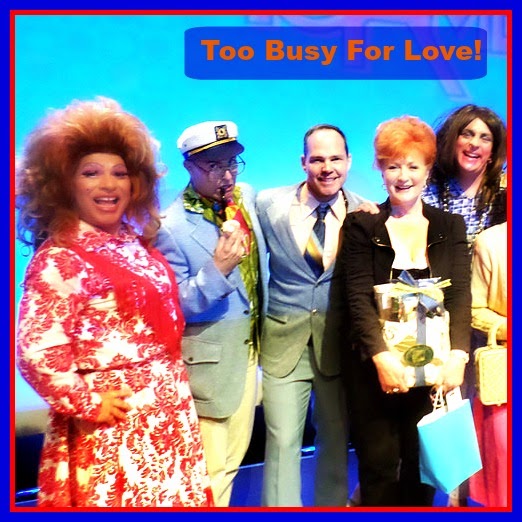 If you had asked me out last week or so, I would have had to turn you down.  You see, I was very busy. I was doing The Mismatch Game at the Renberg Theater at Ed Gould Plaza at the Village at the LGBT Center in Hollywood.  I've been doing the show for over ten years and have loved every minute of it.
The show is the brainchild of Dennis Hensley, who started doing it as birthday party fun and grew it into a fundraiser for the Center.  Over the past ten years, the show has raised over $100,000 for programs aimed at gay youths.
I first started as the Vanna White guy- helping sort prizes and helping Dennis pull names to get people out of the audience and on to the stage as contestants.  Then Dennis finally took pity on me (or was desperate to fill a slot) and let me do Herve Villichaize one weekend in Palm Springs. 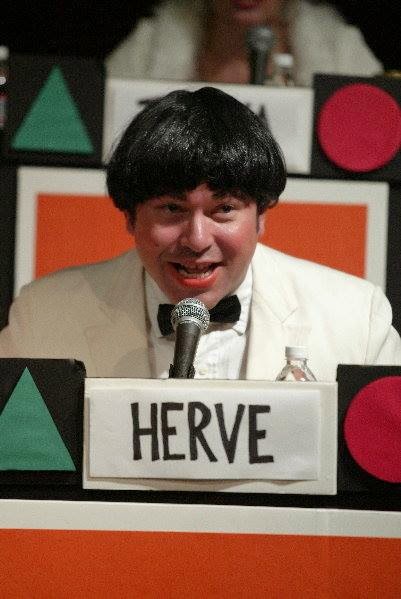 I must not have sucked because I found myself in his stable of stars, which also includes people I admire and learn very much from including; Julie Brown, Kate Flannery, Jackie Beat, Jack Plotnick, Sam Pancake, Drew Droege, Tom Lenk, Tony Tripoli, Madeline Long, Patrick Bristow, Kali Rocha and so many, many more.  One particular show, I was seated next to Nicol Paone, doing her spot on Arianna Huffington. She was on fire! So much so that I felt like a molecule next to the sun. It was then that I decided I wanted to up my game, be better and bring more to the show. Maybe I was tired of Herve, but I just didn't feel like I was delivering as well as I might have. (and perhaps could have done a little more preparation.) Dennis let me try something new, Harvey Fierstein. 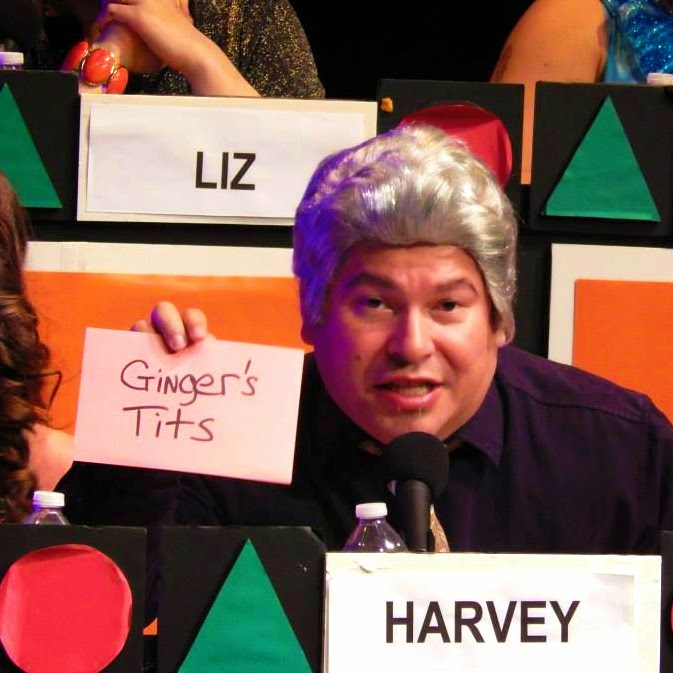 This one I really tried to prep for. I did my research, got his voice down, but I didn't really shine here either. I'd say I did okay and didn't stand out suck, but it certainly wasn't what I set out to do. I guess if I'd lived in the character a little longer, I would have felt a little more at ease and ready to interact with the others on stage in a more dynamic way. It just felt weird to be up there in a show I'd done for years, feeling like a newbie. Then Dennis, in his wise ways, asked how I'd feel about doing the show as my drag character Reba Areba. I lit up at the idea. 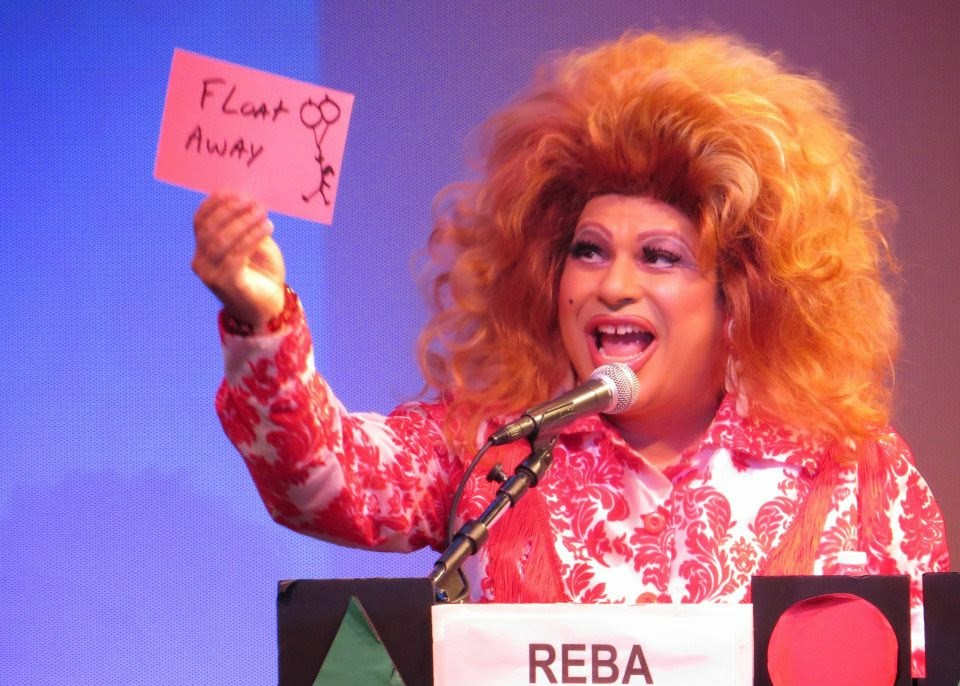 This seems to be the delightful fit I hoped it would be. We play up that Dennis was expecting Reba McEntire, but got me instead. It's always a blast and I'm grateful to Dennis for letting me be a part of it. As a matter of fact, Dennis is a big part of why I'm too busy for love. He constantly has something going on and is always willing to find a way to let me be involved. If you'd like to see what Dennis is up to at any given moment, pop on over to the Blog Cabin over there on the right --> and click the link to his blog, which is connected to his website which also features his way awesome podcast DENNIS, ANYONE?