This Why I Am Single 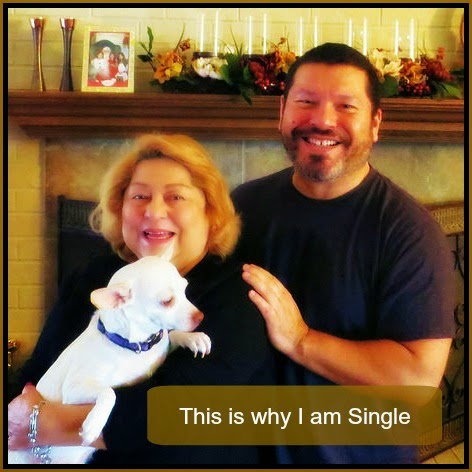 I blame my mother.  She did too good a job of raising a semi-well adjusted, independent son.  While she didn't actually divorce until after I was out of high school, she raised four children by herself.  The man I call "my alleged father" was in and out during that time, and when he was around, he was more of a burden to her than help.  I must have been really spoiled because, growing up I had no idea how difficult it must have been for her.  Now, I have no idea how she clothed and fed four happy children.  I knew, sometimes, that we were doing without, but I never felt lacking in the important things.  There were two or three years that we lived in Government assisted housing and used food stamps, but I never learned to feel any shame about it.   Sure, we kids weren't angels, but today we all are responsible adults and all family gatherings are almost disappointingly drama-free.  I think a large part of the reason we grew up with good attitudes is that my mother spoke to us, when we were naughty; she'd explain to us why what we did was wrong and why we shouldn't do it.  My cousins used to hate getting in to trouble at our house because they'd have to sit through the lecture, they preferred the Spank & Go method.

My mother never told me how hard she was working.  It's just as I look back that I realize how she went to work every day and came home exhausted, made sure we were fed and was in bed by 9 to start all over again.  I also see that I could have made it a little easier on her.  Still, because her schedule was so limited, I learned to do my own laundry, how to hate ironing (I do not iron!), how to cook my own meals and how to deal with minor situations on my own.  I learned how to handle myself, yet I'm not too proud to ask for help if I need it.  (I may try a little too long to try to do something on my own, but ultimately I will make the call.)  So, it is through her example,
and a little to her absence, that I have learned to be fiercely independent.  I'm not saying I don't need anybody, but I will survive if I don't find someone. The most important thing, I can take my time.

Email ThisBlogThis!Share to TwitterShare to FacebookShare to Pinterest
Labels: mother, This is why I am Single