This is Why I am Single - I Dunny Know! 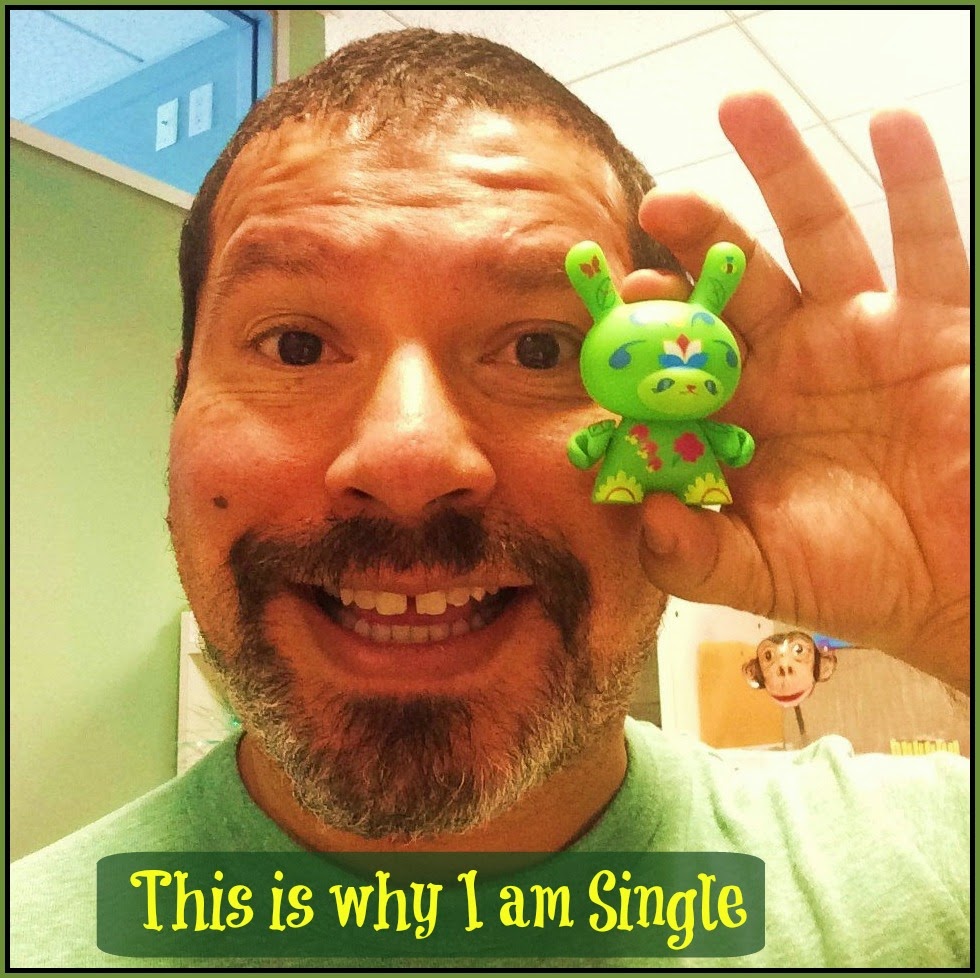 What you see in my hand is a Dunny.  It is a 3 inch vinyl toy from Kidrobot.
Not too long ago, I went nutsy for collecting these things.  I have, literally, hundreds of these little guys in my home.  I have more than I want because of a brilliant marketing ploy called the blind box. Blind Box means you purchase the little fucker without knowing which one is in there.  That's right, I could buy four boxes at $10.99 each and  could have potentially bought 4 of the same one.  Each set of artist designed vinyl thingies consists of 16 or so designs, with a few variants, along with a list of odds for attaining each figure.  So, if you get the 1 in 600 odds one, you can go directly to eBay and sell it for, maybe, $200 or so. 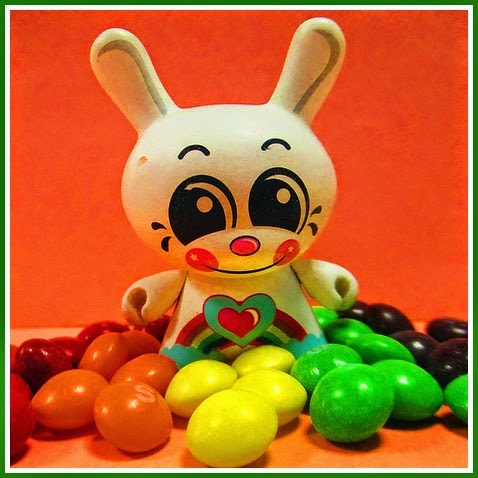 Not me!  I collect these for the fun of it.  Or the sport of it.  Maybe I have a budding gambling problem.  I get some of the same feelings when I'm going to yank the arm that may send GODZILLA on a rampage in the penny slot machine in Vegas.  I'm not spending all I've got on these fellas.  I've developed a money saving strategy for purchasing these, now, but once in awhile I'll buy two or three boxes for the chance that I've gotten one of the really hard ones to get! 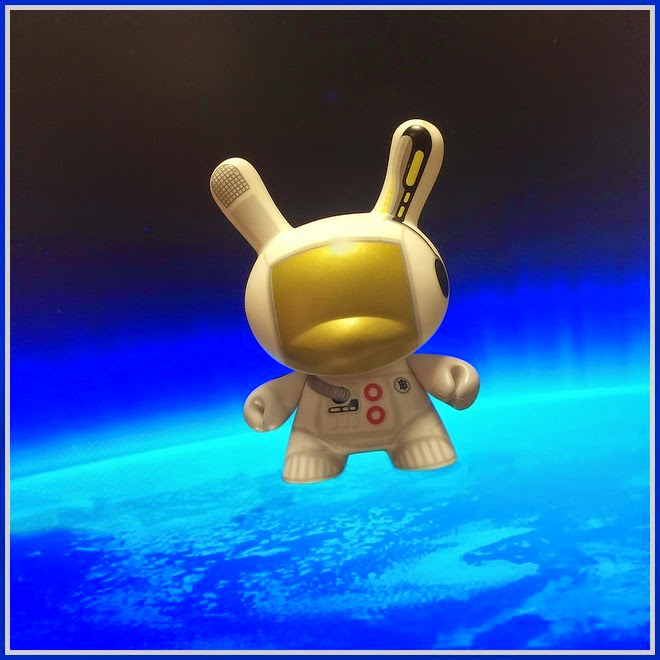 I learned something about myself when I began collecting this and who would have thunk it? Who knew I was such a completist?  I find that I will work very hard to get the complete set of Dunnys for each collection. I've completed a few of them, but I find I have limits and will go without if the last one I need is more than I'm willing to pay.  Otherwise, I'm on top of it, scouring eBay and the likes, trying to find that 1 in 600 piece that someone's willing to part with for not too crazy a price.  My completist tendencies don't end with Dunnys.  One weekend, I spent a crapload of late night hours on Hulu Plus trying to watch all of the PUPPET MASTER movies.  It's a cheesy series featuring killer marionette puppets from the 80's that waiver in quality as they go, but I MUST SEE THEM ALL! 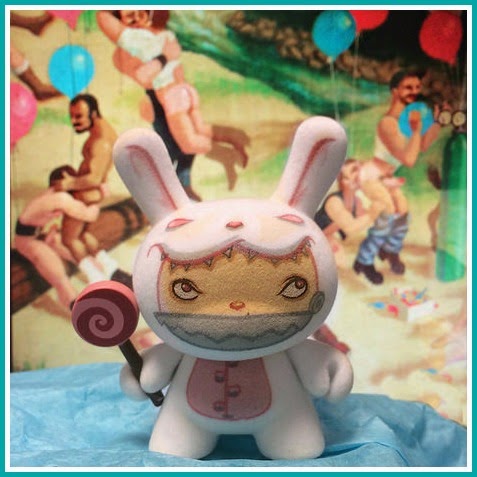 Also, I do enjoy photography, and they all make such willing models.  As you can see from these shots, they'll stand still in almost any situation!  Another reason the Dunnys appeal to me is because I like colorful plastic things.  If I had the decorating skills, my home would be like walking into a David LaChappelle set-up in Ikea. But I don't have the skills, so it doesn't.  That doesn't mean my place is a mess, with Dunnys and other vinyl crap strewn about...  Most of my obsessions are represented in contained areas and small displays. 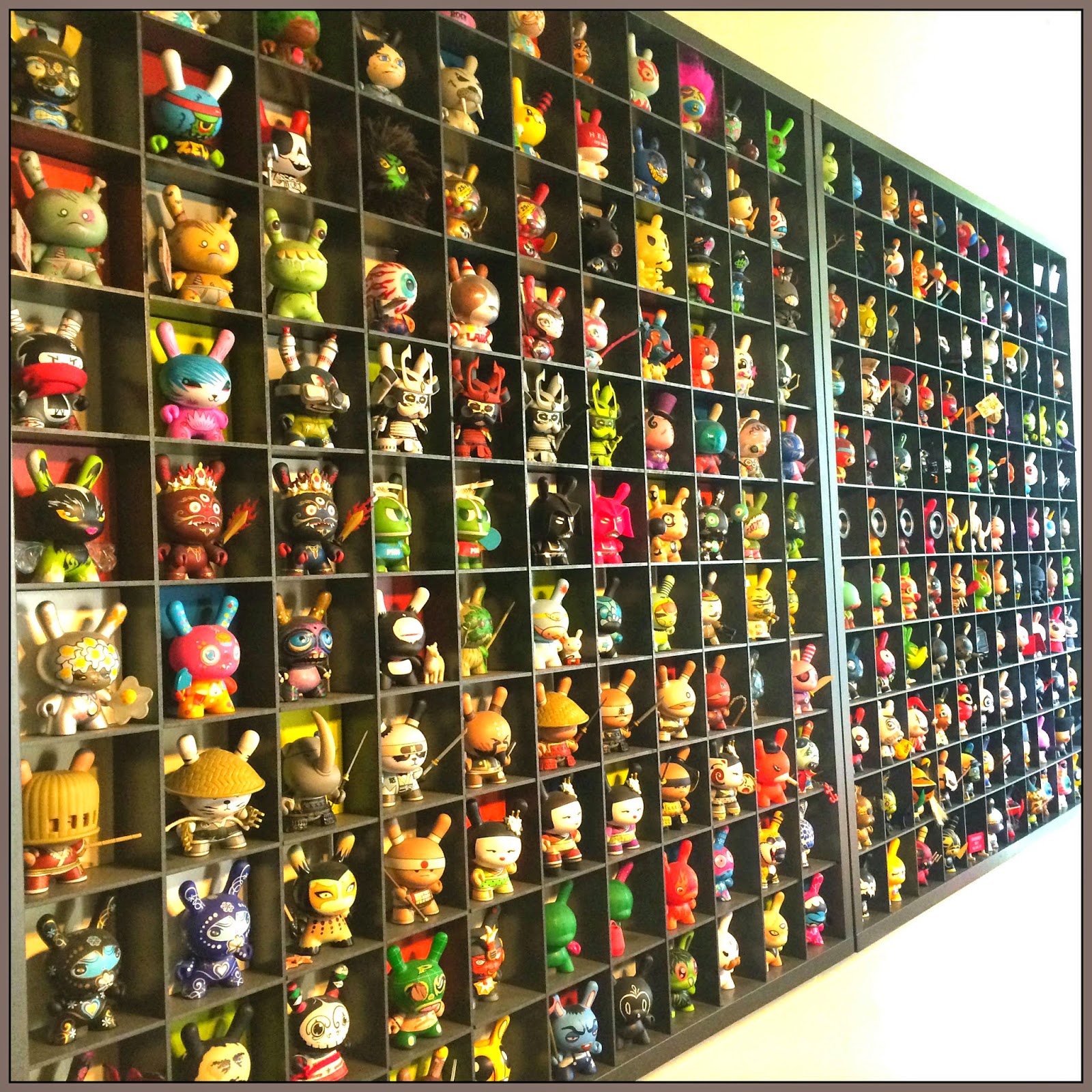 I know not everybody is into colorful plastic or they may find this childish attraction to toys symptoms of a Peter Pan complex, but I can't imagine giving these guys up!  I said before, I buy these because I enjoy them, not because I wanna make a profit trading & dealing on eBay.  Why would I have all of these nutty colorful things and not display them?  No closet for them!  I look at the above photo and I see multitudes of happiness in 3X3 squares.  This affection for plastic is the equivalent of the broken down lazee-boy chair that makes its way into every cliche movie about the guy moving in with his girlfriend.  I know some of you love optimists are saying, "When you find someone you really love, you'll be willing to give these up for them."  Well, how's about they love me so much they let me keep them?  Or, maybe if I find someone who really loves me and is well enough off that he has a few extra rooms, he lets me have my obsession room? (put together by a qualified interior designer). 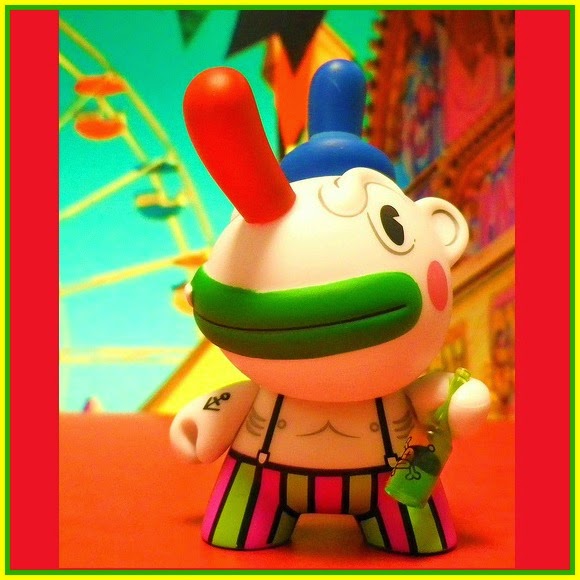 So, for now, I am single, but I'm kept company by hundreds of 3 inch (and some 8 inch) colorful friends.  One of my favorites is the one above.  Sometimes we'll watch TV together and we'll laugh at the same things.  He gets me.  (not actually- I do not treat these figures as actual beings- I was being funny- They're plastic! - They don't talk to me!) This is why I am single.
Posted by Danny in WeHo at 10:50 AM

Email ThisBlogThis!Share to TwitterShare to FacebookShare to Pinterest
Labels: Dunny, Kidrobot, This is why I am Single, toys, vinyl