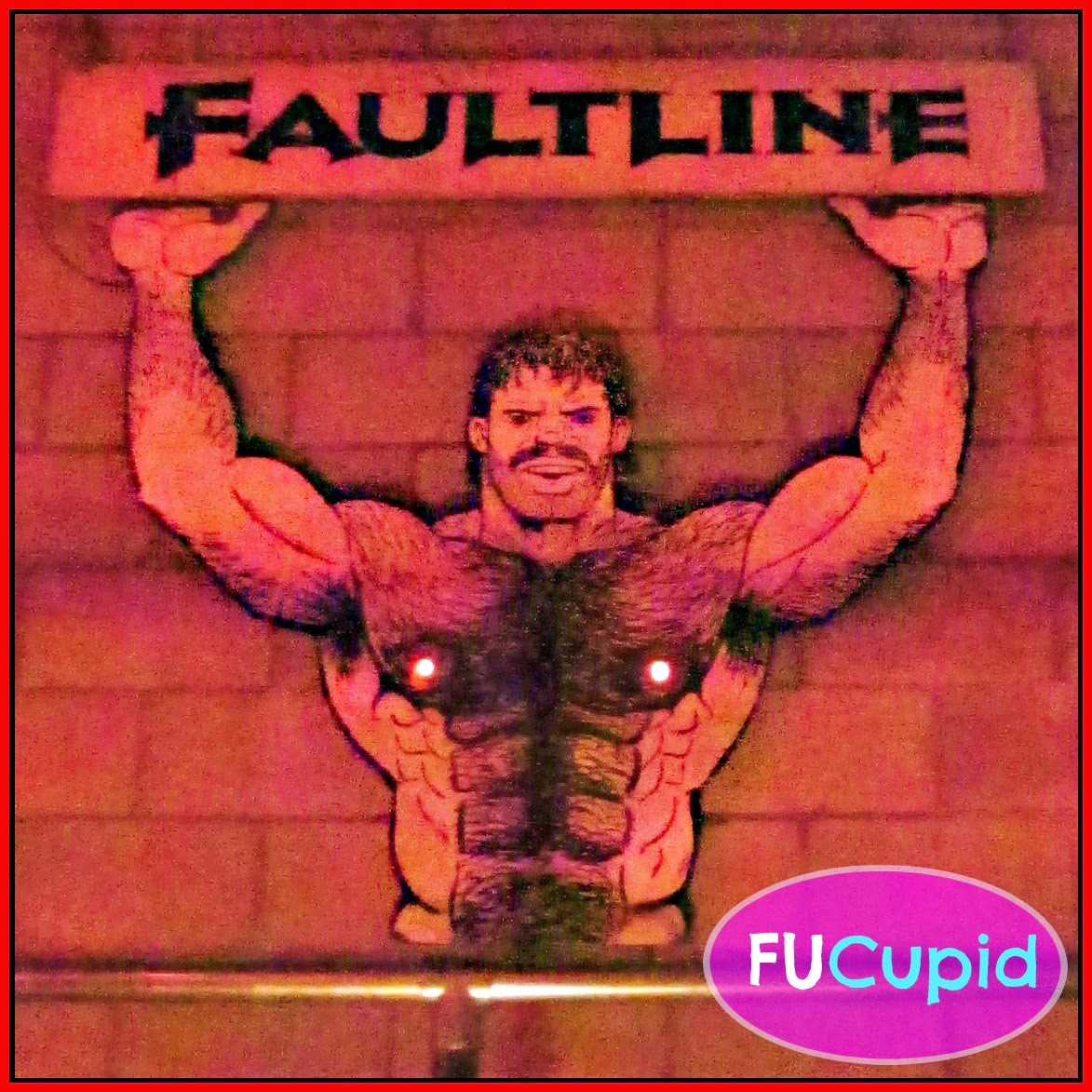 Even though I haven't given up, I sometimes play up that I have because
I don't get as many dates as I think I should.  Yes, I do like to be the one who is asked

because I prefer to know that the other  is interested and not just out  with me because
they didn't know how to say "no."  Despite that, the few dates I have been out on in the past year, I did the asking.

Of course, when you are the one asked, you generally don't get to plan the date.
This is one reason I think Cupid is F'ed up.  EVERYONE should be gifted
with the ability to plan a date, but it seems many people have no clue
what makes a good date activity.  Sure, I've worried about the dates I've planned,
but I at least thought it out.

This one date I went out on started well enough; we went to the Skylight Bookstore
and enjoyed a reading by one of my date's favorite authors.
I had no clue who the author was, nor any particular interest in his book, but I did appreciate the reading and the surroundings.  We chatted as we waited in line to get my date's book signed and it was all quite nice.  That is until he got his book signed and I took their picture together with my camera.  After that, it was as if Mother Teresa farted.  There was a pleasant air around us, but it was just awkward.  He hadn't thought about what would happen after the reading and it was still pretty early.  I threw out some suggestions that he nixed.  Then, I thought, "Well, if the night's done out here, maybe we should go to my place and make out to my new Donnie Osmond record."  So, I made a no-so-veiled suggestion that we head to my place to bump faces, which he held off and said, "No, wait, I wanna go somewhere first."

I'll confess, I got a little excited because I thought, for a second, he meant House of Pies.
To my confusion, we ended up in the parking lot of The Faultline.  A bar.  A gay bar. A notoriously slutty gay pick-up bar.  Don't get me wrong, I do enjoy spending time at the Faultline. I enjoy it when I'm with friends, out for a good time, including shameless slutty flirting and grab-assing.  I also enjoy it, when I'm out on the prowl, looking for a one-night-stand with LTR potential.  Not on a date.
Seriously, what is it about a guy that makes him think that this is a good place for a date?  If he wanted  a cocktail, there were certainly more appropriate lounges or neighborhood watering holes. Heck, we were 100 feet away from the Dresden- that would have been a fun & kitchy extension of the evening.  But, no, here we were at an almost abandoned leather bar (It was much too early for the party crowd and too late for the wasted day drinkers.) with a guy or two dancing on a box.
My mood shifted and it just got awkward, again.  Sadly, I don't think he even realized that I was not having a good time, what with him watching the dancers gyrate, and all.

I think he really was clueless when he dropped me off at home and I didn't invite him in.
It was a bad date.
I think I was more confused than upset. Why was that?
Are we gays trained to think that the bar is the place where ALL the magic happens?
Isn't the bar where we go when we don't have a date?
I think it's like driving past the cherry orchard to the 7-Eleven to get some cherry flavored Kool-Aid.
I think I wrote this guy off because, ideally, I want to be with someone with more imagination and creativity.
I didn't give him a second thought.
And I thought about the dancer on the box when I jerked off that night.