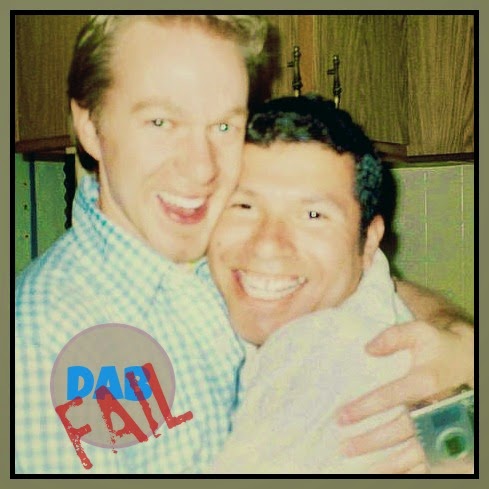 My blog is fairly new and I still have plenty to say,
but sometimes I worry I'm too focused on me.
So, I found something that is almost, nearly connected to my theme.
On the surface, it's about a webseries called MGR (My Gay Roommate)
It sounds like a show about a pair of guys who have found a nice DAB (Die Alone Buddy) situation, despite being differently oriented.  I haven't had an opportunity to check it out on YouTube, but it sounds terrifically on topic.

What I'm really blogging about is photographer Austin Wondo's blog entry about his
adventurous photo shoot with the two stars of the show, Noam Ash and Austin Bening.
You know I love photography and I've been a fan of Wondo's photography for a few years.
I thought you might enjoy it, too! (There's a link to his full NSFW blog in the Blog Cabin, over to the right ->)

And just so there appears to be a connection, I'm posting a pic of me and my former roommate of over ten years ago.  I don't think I ever thought we'd die alone together, but in any case, he lives in Ft. Lauderdale now, so it's an official DAB Fail.
Posted by Danny in WeHo at 5:28 PM