Gay of a Certain Age- I Need Space After My Period 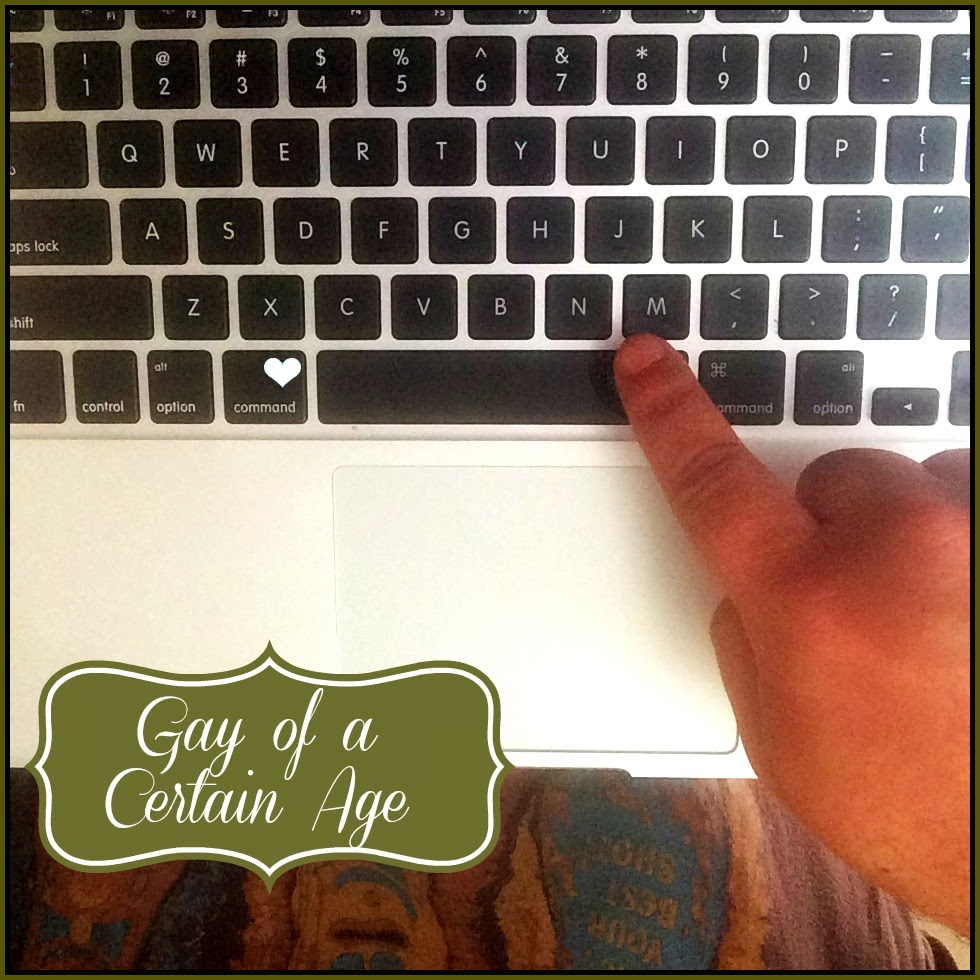 I've enjoyed writing ever since I can remember learning to put words together.  I enjoy playing with words so much now that, sometimes I write stuff that I find terribly amusing that other people think  is, at best, "Huh"-trocious.  I remember when actually writing was more work than it is now.  Writing on a typewriter was intimidating sometimes, because if you messed up and didn't realize it until later in your text, you were screwed!  Now, you can move your cursor and delete, correct and continue.   I remember taking a typing class in high school because I was going to need to type in College and beyond!  I sat in a room with 30 other kids for six months typing "I I I I I I...E E E E E" with the correct fingers for an hour every day until I could type 30 words a minute with no errors.  That was quite a lofty goal for me, and I never really learned to look at the source page rather than the keyboard... but I felt like I earned the right to call myself a writer.
There was always something romantic about hearing the typehammer slap the type right on to the paper, or the chug-a-chug of back spacing for half a line and the smell of the ink ribbon.  Of course now, writing is very easy, with hunt & peck more the order of the day, rather than the splayed fingers in the QWERTY positions.  Certainly my typing skills have deteriorated, but I do still find myself spacing my fingers and typing (almost) correctly when I'm not thinking about it.
It used to be that one had to think about what they were going to write and spend some time actually smacking it onto a page.  Don't get me wrong I LOVE the convenience of modern writing, I just kind of miss the process - or at least the idea of it.  I think it's too easy to push a button, type out 140 or so characters and push send.  All this goes to my fond memories of sitting in a classroom, patiently learning a skill and feeling accomplished at the end of it all.  That is something I don't think the kids get today.  It's why typos are de rigueur in national publications. People just plain don't appreciate what the process used to be, and out with the equipment went the rules. Now, you don't have to do this or that, that was the old way. Well, I'm still holding on to the old ways! I may be making new mistakes, but I'm holding true to the spirit of typing from the old days. Eventually, the old rules will be forgotten by everyone, since they are no longer taught in school (along with handwriting, science and math), but I choose to hold true. I'm still gonna hit the space bar twice after a period!

I guess this post has nothing to do with being Gay, but so much of our daily lives don't, either.
Right?

Fine, I realized all of this while typing in my fake identity on ManHunt.
Posted by Danny in WeHo at 1:11 PM