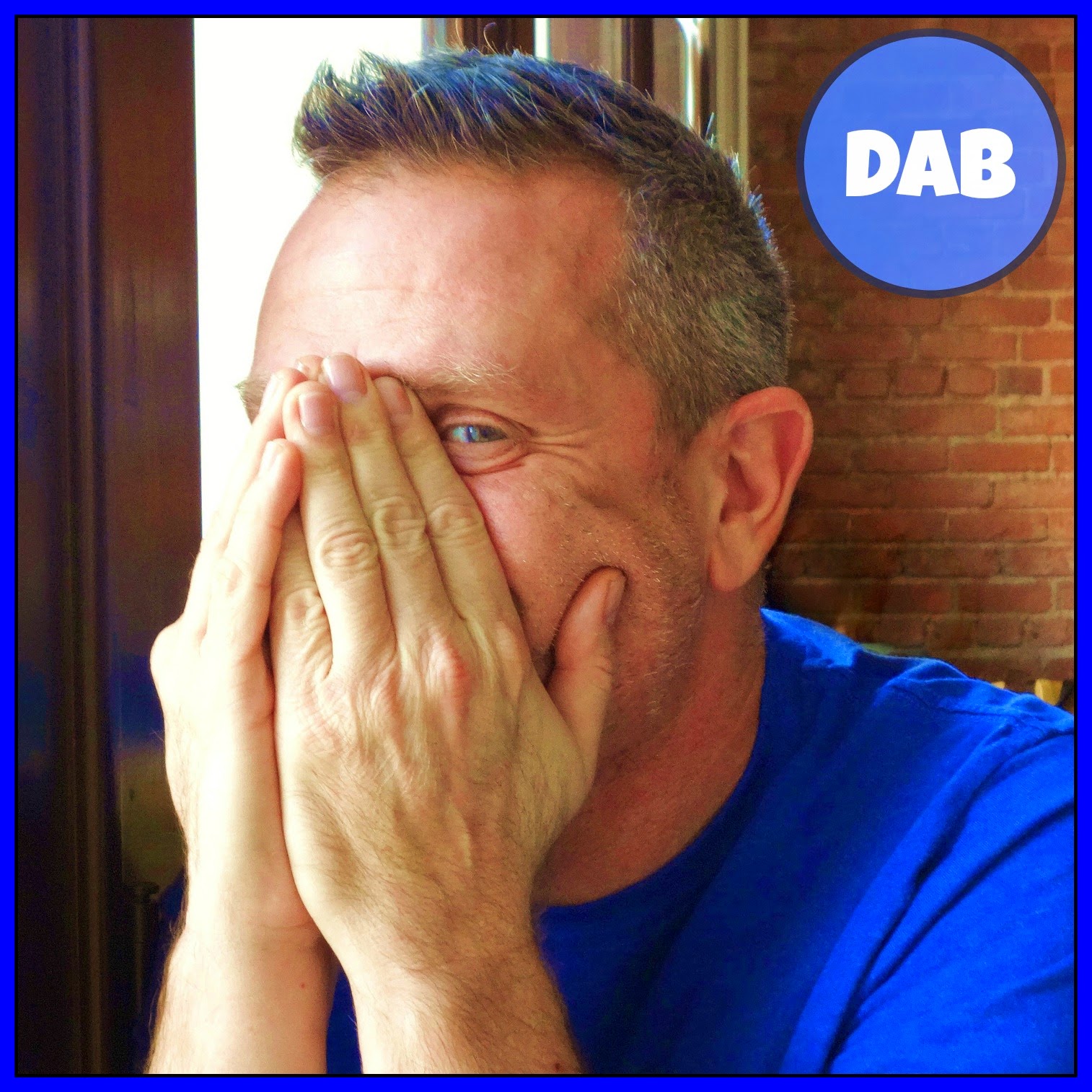 This is Glenn, he's one of my DABs- (Die Alone Buddy).
Glenn is a fellow single fella who's currently dating or just meeting guys.
We live close to each other and share close friends, so we spend a lot of time together.
...mostly eating.  I don't mind eating alone, sometimes I prefer it, but it is nice to have someone to talk to or yell at.
Did I say yell at?  Yep, I did.  Over meals and movies and various social events, Glenn and I have fallen into a The Bickersons type relationship. We bicker, argue, or sometimes say just plain awful things to each other.  Why?  Now, in gay friendships (probably hetero ones, too) there's usually a little bit of catty play in groups, where we make fun of each other, then reflectively, make fun of ourselves, but I've noticed that there's usually a one-on-one Bickersons pair that stands out.  Maybe it's just me, because I know I've had this type of relationship with other friends, and seldom two at the same time.  It's interesting to me how we'll turn the simplest exchanges into arguments, or if not arguing, use an argumentative tone.  We make "yes, thank you" sound like the closing statement in a mass murder trial.
I know we're just playing.  God, I hope he knows we're just playing...  But, what is it with these friendships where aggression takes the lead?  Is it a fun, playful way to get out the frustration of other areas of our lives?  When I unleash the hounds because Glenn can't think of a place where he wants to have dinner, is it really me reacting to not being happy with having to work the reception desk on Fridays, now?
When Glenn angrily agrees to brunch at Hugo's, AGAIN, is it really because his dog is an idiot?
I care about Glenn; I care about his life, his relationships, his happiness and we enjoy so many things together, so I don't know what it could possibly be that makes us bicker.  When did we mutually & silently agree to be each other's punching bag?  When I tell him I hate him so much for picking MAPS TO THE STARS last Friday night, he knows I don't really hate him, right?  I'm sure he was kidding when he added "...for you." to "That was pretty good."   I do know that when we have actually had an issue (a rarity), the tone is more quiet and serious, so I know we're not playing.
Should I worry, or is this a regular and legitimate type of friendship?
Do we all need someone we can be an asshole with?

This isn't my first ride on the Gay Movie Cliche-go-round, so, no, I'm certain there is no sexual tension.  This ain't a MOONLIGHTING thing where we argue instead of schtupping. (If it was, I'd be the Dave.  I don't know if Glenn is the Maddie, but I am definitely the Dave.)  So, I don't know what it is.  All I know is we enjoy each other's company, like movies a lot and care about some of the same stuff & people.  I know that if there was trouble, I could turn to Glenn and he could turn to me. I imagine that conversation would end like this, "FINE! I'll donate my damned kidney, but next week we're eating at Salt's Cure!"  So, I'm secure in our friendship, but I'm not sure if this type of playfulness is something we both need, or need to cut out.  I trust we'll figure it out.  I 'd like our friendship to be a healthy one, because dying alone can be lonesome sometimes.
Posted by Danny in WeHo at 9:59 AM