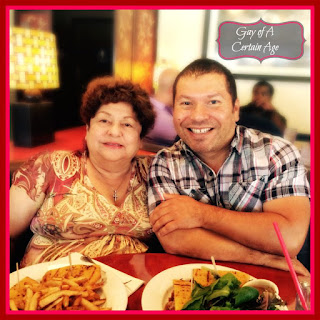 My Ma is in town!!  She came to see me in the show that's keeping me very busy,
CHICO'S ANGELS 3: CHICAS IN CHAINS.
It was a delight to have my Ma in town for lunches, and such, but the real treat was seeing her after the show.  She was so proud of her son in a dress. 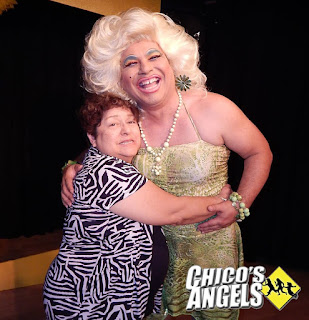 I was also delighted by how other cast members, like Natalie Lander, Shelley Hennig and the other Angels, were gracious and kind with my Ma & my sister, Julie & her husband, Charlie. 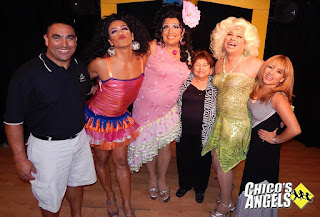 After the show we were enjoying some flautas and flan when, before we knew it, we were discussing family business, such as burial plots.  My siblings had decided a little while back, based on options presented to my mother, that I would share a plot with my mother, since they went with the option of one full casket and two cremations.  One would be my older brother, who is currently divorced & single and myself, who is currently dying alone. 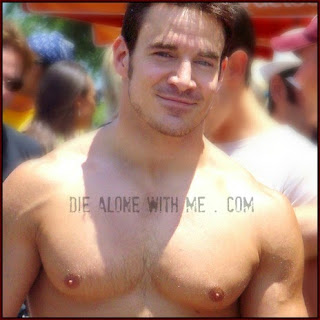 So, it looks like I will be spending eternity with my Ma and older brother.
I just hope that his urn doesn't kick mine when it snores.  When we were older teens, we shared bunk beds for a short time.  It was a very short time.
Posted by Danny in WeHo at 3:32 PM