This Is Why I Am Single - Fizzleworks! 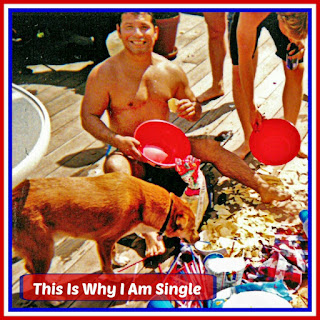 So, yesterday was the 4th of July and I enjoyed a few good times with friends.
First up was a mandatory viewing of
MAGIC MIKE XXL
which did not disappoint.
It was a simple movie with one simple goal;
make you smile.
It worked on me
and I really appreciated
that the highest stakes in this movie
were whether or not the guys would have a good time. 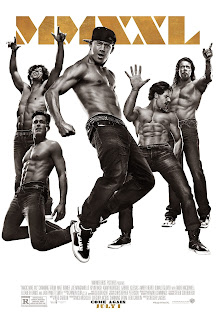 That was followed up by a 4th/Birthday
celebration cook out.
I took some fun pics.

Finally, I joined a few friends for a view of fireworks
all over the city
from Runyon Canyon.
Unfortunately, we were busted by the rangers
and forced to leave.
Sure, things didn't go as planned,
but it was still a good time.

It wasn't until today,
when I was posting & tagging pics
from the cook out that a little drama arose.
There were two guys there who had recently broken up
and being in photos together was painful for them
so I went back and removed the pics with them sharing a frame.

Sometimes your holiday doesn't go as planned,
as evidenced by the pic above,
where a giant gust of wind knocked over
the table with all of our prepared food on it
a few years ago.
And while that was a little horror on it's own,
I've never experienced the pain of sharing mutual friends with an ex
for the holiday.

This is why I am single-
or at least, not looking among my friends acquaintances
for future mates.
4th of July,
among other holidays,
would probably suck if I had to go to my good friends' home
just to be reminded of the love that wasn't to be.
I didn't mind taking down the pics,
I just felt for the wounded parties
and hope that they recover from it soon.
No one likes to feel that ickiness.

Anyway, the whole thing reminded me of one of my favorite songs:
FOURTH OF JULY, by X
Sometimes,  a holiday is all your relationship has going for it...

Email ThisBlogThis!Share to TwitterShare to FacebookShare to Pinterest
Labels: 4th of July, Magic Mike XXL, This is why I am Single, X