Gay of A Certain Age - No Heart is Safe! 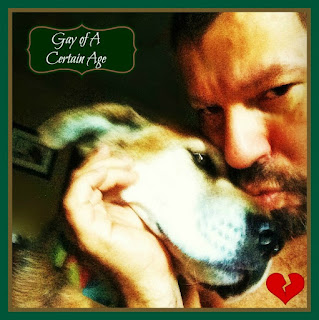 A few weeks ago, Ginger went to that big doggie bed in the sky.
Ginger was one of the dogs I dog sit on a regular basis.  She was always at my hand ready for some heavy petting.  She was always up for getting smacked in the face with socks.  I also liked that sometimes she slept on the bed with me, sometimes she didn't- she liked to tease me.
She was old.  As a Gay of a Certain Age who dog/cat sits for a few people on a regular basis, I have to come to the realization that thems pups is aging.  It seems that as they age, they are more prone to ailments that suck.  How is it that three dogs I know have cancer? 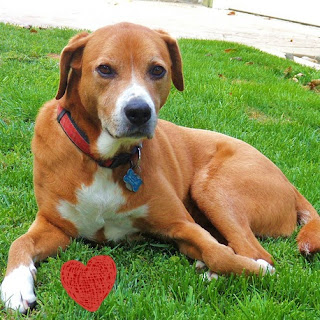 Buck has had cancer and fought it, he is in much better shape now, but he's still shaky. 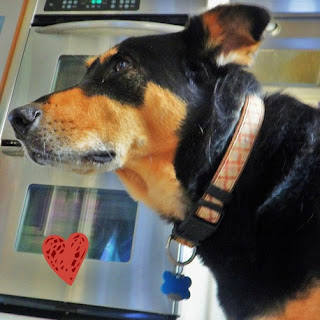 Then, there's Buck's brother, Zorro, who at the very least seemed supportive of Buck while he went through his ordeal, only to find that after Buck has had a good turn, he has an advanced cancer that was not be curable.  I he's chasing squirrels in the sky, now. 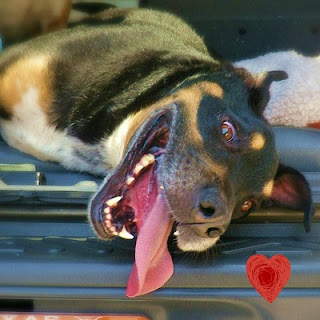 Then there's this Dummy!  Mayhem.  I specifically told him not to get oral cancer and what does he do?  He gets it.  He's only 9 years old.  I have no idea where this one is headed, but something tells me he don't even know what's going on.

I've written about how I realized that I may be a withholder and don't express my feelings for some people, or let them too close, too soon.  It is the complete opposite with animals.  I love dogs very much and I'm a puppy kiss slut.  I will happily make out with your dog after just meeting.  You don't need a degree in psychology to figure that dogs are easier to love & trust because, even if they happen to be the biggest idiots on the planet, all they want to do is love you freely and be loved in return.  They will trust, sometimes to their detriment, as if you aren't the one who stepped on them on your way to the kitchen or ignored their call to play so that you could finish the last half of MAD MEN.  Sure, sometimes they're naughty and do something they know they aren't supposed to, but there is no malice in their hearts.

It may be twisted, but I think sometimes I go for dog love so much easier than for people love because I don't feel like I need to protect myself from them.  There's nothing a dog can do to disappoint. ...except get sick and die.  On second thought, maybe that is why I don't have a dog of my own.  I keep telling myself that is is because I have such a busy schedule (I'm even too busy for dog love?) and it wouldn't be fair to a dog that I spend so little time at home sometimes.  That's why I love to dog sit my regulars. I get to love & be loved without committing.  I suppose I do that to protect myself even from innocent, unconditional love.  I don't suppose it's working.  My heart doesn't feel very protected right now.  It aches.
Posted by Danny in WeHo at 6:11 PM