This Is Why I Am Single - Late Dinner 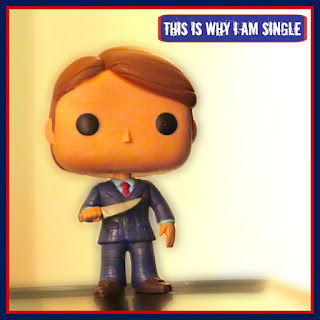 I had rehearsal tonight in Burbank and I don't work tomorrow.  We finished just before 10:00, and it occurred to me that I could drop by the Bullet Bar on the way home for a drink and perhaps meet the man who would be my husband, instead I went directly home to watch HANNIBAL.  It's a show about Dr. Hannibal Lechter, the character from the Thomas Harris novels/movies RED DRAGON, THE SILENCE OF THE LAMBS and HANNIBAL.  It's a beautifully produced show about a dreamlike multi-layered cat & mouse game that keeps you guessing, even though you (think you) know the eventual outcome.

This Is Why I Am Single; I'd rather come home and watch a beautiful & bloody television show, than stand amongst potential suitors.  Then again, what if a Jeffrey Dahmer type is at the bar and I was saved from a serial killer by a serial killer?  That's awesome!  Thanks, Hannibal!
Posted by Danny in WeHo at 11:40 PM

Email ThisBlogThis!Share to TwitterShare to FacebookShare to Pinterest
Labels: Hannibal, horror, Television, This is why I am Single