Gay of a Certain Age - Did you See Him? 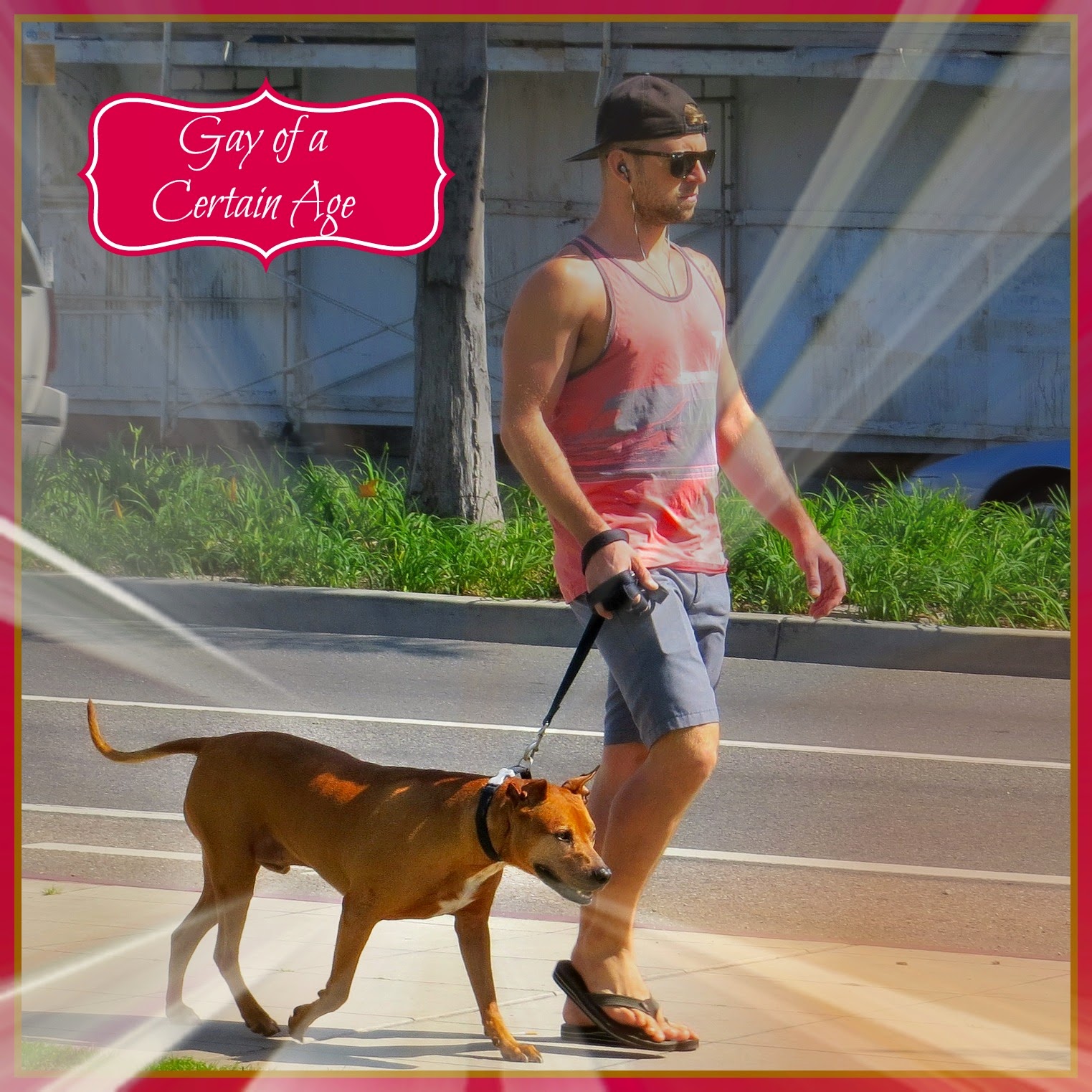 I don't know if this is an age thing, although it certainly didn't happen when I was younger,
but now, when I'm with someone who sees a hot guy with his pet
and they say, "Did you see him?", I say, "Yeah, he was CUTE!".
I'm talking about the dog. WTF?
I always end up kicking myself, because my companion will describe the delicious
details of the hunkiness embodied by the guy and all I can do is say,
"I liked the way the dog was walking with a big smile on his face, like a big idiot, who has no idea where he is going, but he just so happy to be going."
What's up with that?  Has a stoopid dog smile replaced big hard pecs
in my pantheon of things that bring me joy?
If this is part of getting older, I'll have none of it!  THAT IS INSANITY!

A hot guy is better than a stoopid dog any day of the week!
If only I could control it.  It's almost impossible.
West Hollywood might as well have an ordinance requiring any hot guy to be a pet guardian
(There's already an ordinance that prohibits one from being called a pet "owner"),
because it seems to already be the case!
Walk one block, any time of the day, and you will see at least three guys with dogs
(that's not even counting the women I don't look at!).
You realize, of course, that would be three hot guys I DIDN'T see!

All I can do is try to remind myself, whenever I see a cute dog, to look up.
I also like the way their floppy ears bounce up and down in rhythm with their pace.
...Stoopid dogs!
Posted by Danny in WeHo at 7:30 AM