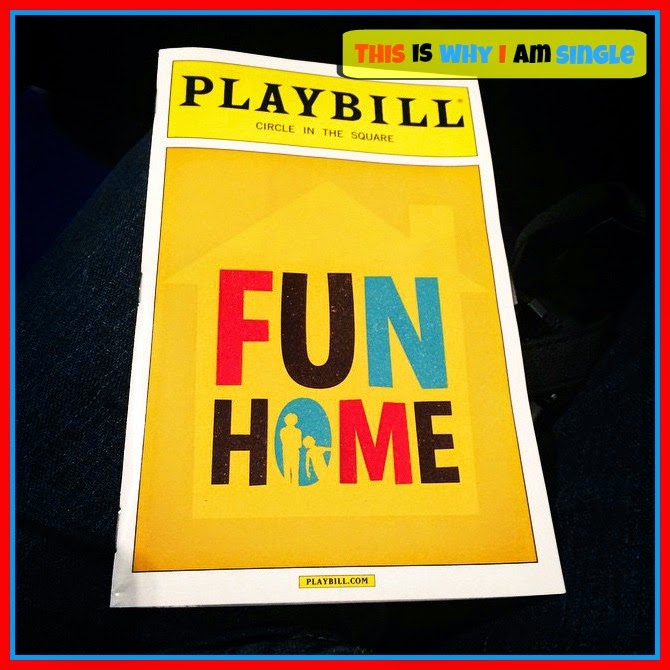 Tonight I saw FUN HOME at Circle In The Square Theatre.
This show is a sweet memory play (musical) in which the main character,
a lesbian cartoonist, recounts her story of discovering her sexuality while
wrestling with the memories of her fragmented relationship with her father.

The cast was great, the younger cast members were remarkable, the music and story
all worked very well together.  The show was funny, sad, touching, moving, thought provoking
and inspirational.  I was moved to tears a few times throughout.  I teared up at the sadness, the beauty, the discoveries, the tragedies and the performances.  I might be an easy audience, but Cripes!  I haven't been moved like this in a long time.
This show shook me up in such a great way, that instead of going out and hitting the Eagle NY,
which I have yet to visit, I headed back to my room, grabbing some Prosecco, cheese & crackers and chocolate candy on the way.  Seriously... 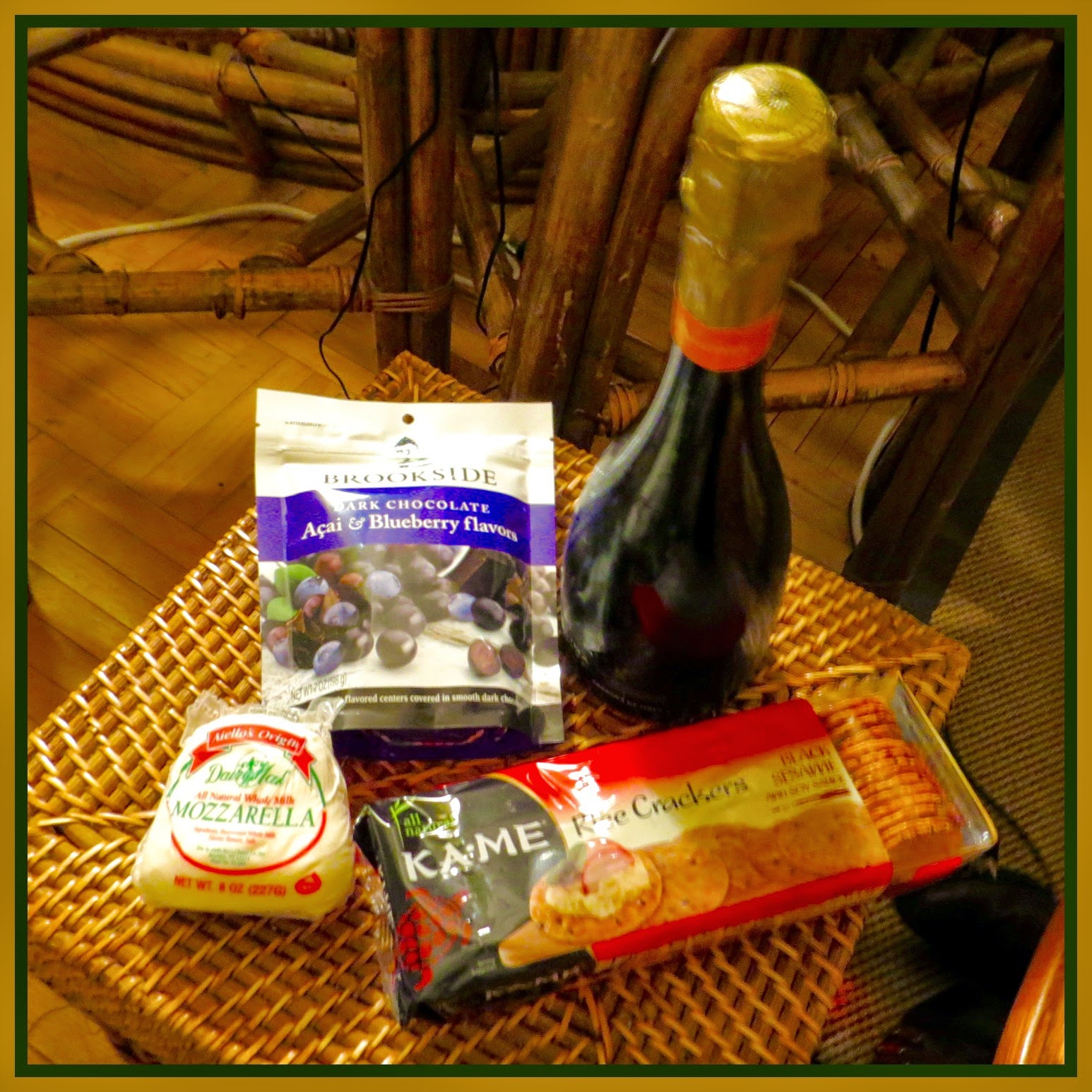 So, instead of eyeing beardy men in leather jockstraps as I had planned, I am here, recounting this experience for you (getting a little wet eyed as I do).  I certainly brought my own issues to the theater,  but I was very aware of the audience around me, and I was not alone in my weepy response.
This show is performed in, what we in the Biz call, the round (where the stage is in the middle of the house and the audience is seated around it ), so I could see the entire audience, save for the five rows behind me.  Now, you might think this is a This Why I Am Single about me crying in shows and movies and tv and some dog parks, but no, this is just the opposite.

I could see the entire audience, especially the fuddy duddy in the front row.  This guy looked like the cliche older, white, privileged Republican stereotype that is in the news often, lately.
It seemed that he went out of his way to look so bored and suffering that I wanted to go over
and kick him in the face as tears crawled down my face.  He sat there, literally with his chin
resting in his palm as if he were Dr. VanPelt in her fifth hour listening to Charlie Brown.  Charles Schulz might as well have drawn him there!  During the most funny/lovely song about changing a college major, I glanced over at him- still VanPelting, as the audience laughed and cooed.  During an amazingly on target rendition of a song about a very young lesbian experiencing her first silent crush, the audience beamed and he was still that stick in the mud figure- uninvolved, unfazed and unmoved.
Maybe undead!  The show takes place in a funeral home, maybe he's that surprise character that pops up at the end of the show, to show that despite our different orientations, we are ALL humans, with human emotions that confuse us and we are all looking for some kind of connection.
No, he was just a tired old fuck who didn't even clap at the end of amazingly performed numbers.

So, we get to it.  This why I am single, because if I thought, for one second that the man I call my
husband, or partner, or boyfriend could be such an unfeeling, impenetrable block of shit, I would dump him in an instant.  This ass was so boorish, that he couldn't even muster polite applause, or wipe off that fucking condescending, "why is everyone standing up and clapping?", look from his face.  It made me sadder for his wife than I felt for any of the characters I had just gone on an amazing journey with.  It's weird to see and love a show so much, knowing it's based on someone's actual life, then seeing someone else live it out right in front of you.  I won't live that life.  I won't live with that person. I'd rather die alone.

Email ThisBlogThis!Share to TwitterShare to FacebookShare to Pinterest
Labels: broadway, Circle in the Square, Fun Home, musical, This is why I am Single