Gay of a Certain Age - TransLucid 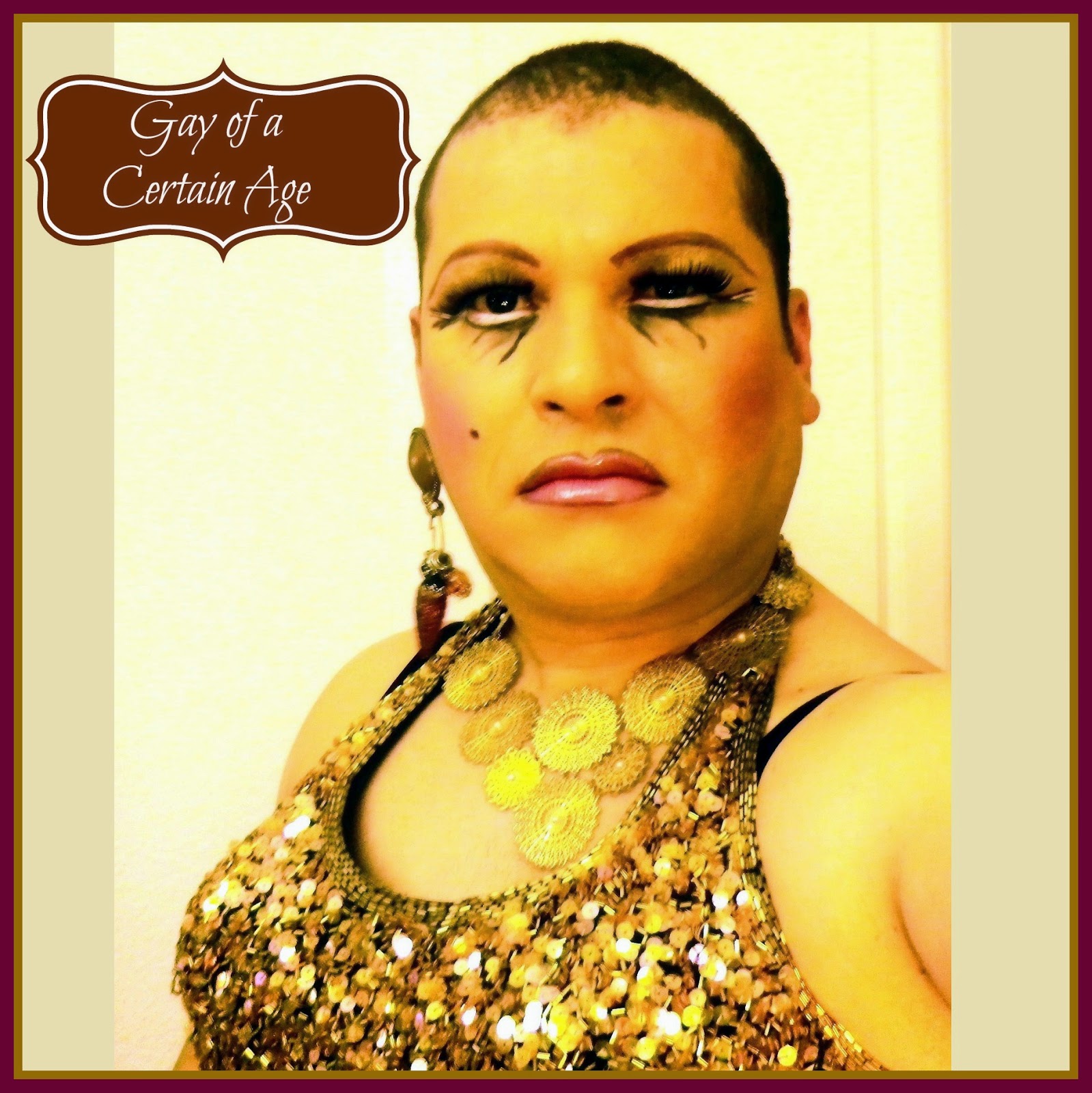 I, like millions of others, sat and watched the Bruce Jenner interview
in fascination.  I was with a small group of friends and after about an hour,
my fascination turned away from the T.V. and into the living room.
One of my friends, much like Diane Sawyer (who asked about it, at least three times),
could not wrap his head around separating gender identity from sexual orientation.
He was TransFused. (Confused about Transgender)

I was mostly fascinated because you would think if there was someone who would understand it,
it would be a gay guy. We, as gays and lesbians and transgender and Republican Politicians are stigmatized because people can not let go of the idea that being male means you like females and being female means you like males and there is nothing in between.
Once you stray from that black and white notion, shit gets crazy!
It's simple really.  Just erase that notion that the two are exclusively entwined.
I understand because I know how I feel;
being a guy does not mean I am attracted to women and
being attracted to men doesn't mean that I want to be a woman.
Humans are infinitely complex beings and millennia of science and observation
still haven't taught us all there is to know about ourselves.
Why should we hold on to notions that were formed thousands of years ago,
even if today we are still discovering new things?
Why have we created a culture that shames and attacks expression of difference,
that ultimately turns out not to be so different after all?
How advanced would we be now if people who are gay, or transgender, didn't feel
like they had to hide and instead were embraced and understood.
How many miserable lives could have been spared rather than snuffed out or mutilated
by people who don't know or understand.

There'll be those who'll say God made it like this, God made it like that...
They'll praise God for the glory of multiple colored flowers, and wonder at God's
mysterious ways that put desert next to sea, or chocolate mixed in with peanut butter,
but they'll stand firm that God couldn't possibly have made one man to be different
from another or one man to feel differently than another.
They are willing to limit God with their ignorance.
They can see a rose can be red, or white, or sometimes red AND white,
but it is beyond their understanding that God could have made
men who like men and if they can't understand it, then it is not so. And if it is not so, then God couldn't possibly have done it.  And if God didn't make it (is there anything that God didn't make?)
then it is something to be feared and fought against.
They'll sooner believe words, written thousands of years ago, by men (with limited knowledge and understanding), than open their eyes and see the glory of God before them.

I've come to accept that I'll never convince the Bible/Torah/Quran/Dianetics/Holy Book of Choice
slaves that I am a creature that their God made, but what really fascinated me
was my gay friend, who lives his life as a contradiction to the "norm" as a man who likes men,
but couldn't let Bruce Jenner get away with saying that she is attracted to women.
Why would a man want to become a woman and then not want to be with men?
He's convinced that Bruce will come out later as a man-lover and blame the hormones.
He's especially suspicious that Bruce said she wants to have a glam room.
Why would Bruce want a glam room, if not to be pretty for the guys?
He could not let go of the idea that Bruce would be a woman who likes other women.
How is it even possible that he not understand that?
It's bad enough we have to fight these ideas in society, but to have to fight ourselves?
If he's having this trouble being gay and understanding that,
what awful things are ingrained in me that have yet to come out?

I know that I have a basic handle on gender expression, assigned gender, sexual orientation
and myriad complexities that usually get lumped into "Faggot", but I also know that I don't understand it all.  I'm trying.
If you care to learn a little more (certainly more than I can offer),
this article maybe helpful to you.