Single Perks - The Message of the Shoes 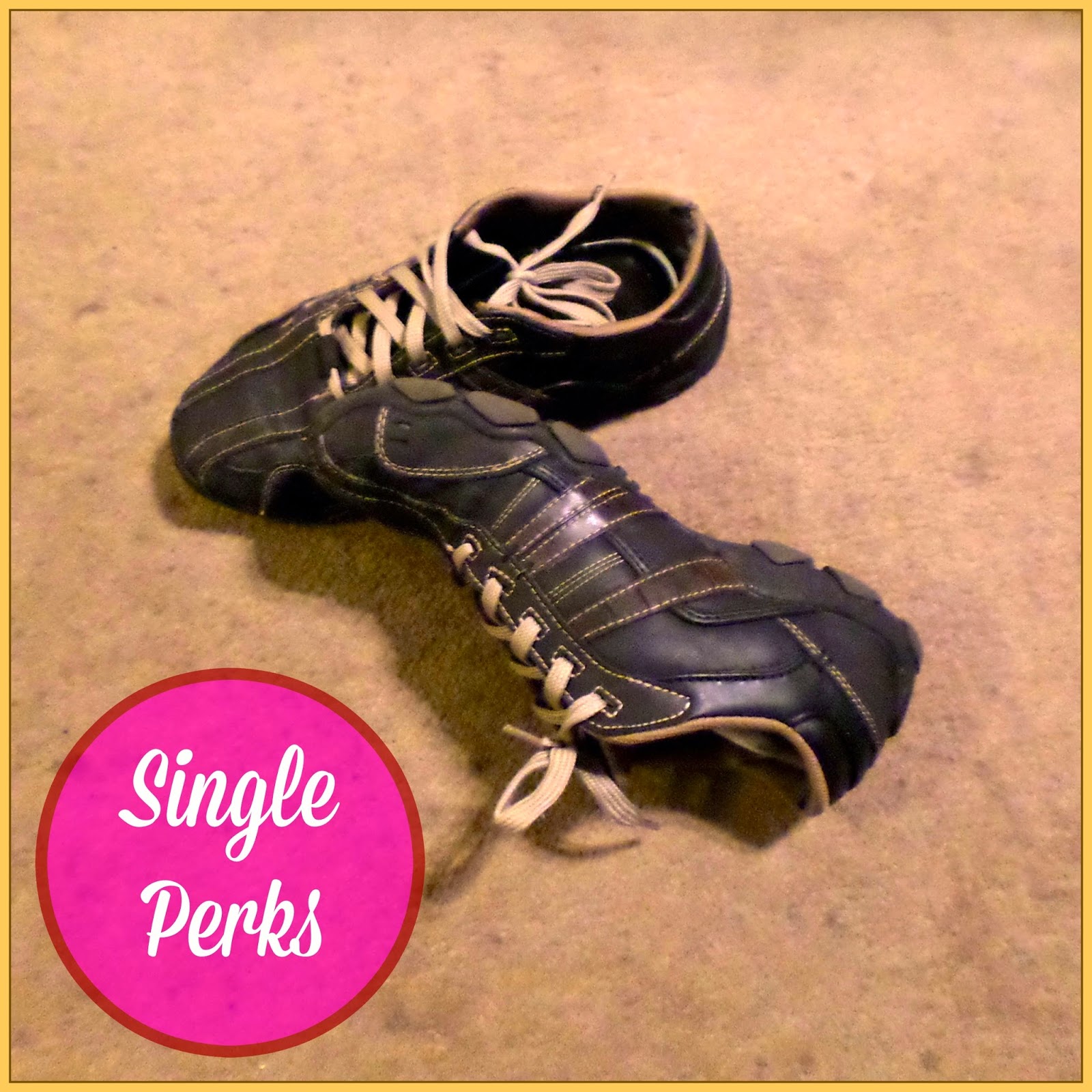 One of the perks of being single is that when I trip over shoes that are laying
on the living room floor, I think, "I should put those away."
Then, I'll move them or not and move on with the rest of the day.
Surely, if I had a husband and tripped over his shoes, it would become an event
filled with frustration and suspicion.  I wouldn't just think, "Oh, he or I should put those away."
and move on.  Instead, I would immediately begin to wonder how he could do that.
He knows I hate tripping over his stuff on the floor!  Why do I always have to pick up after him?
What is he trying to tell me by doing this?  Does he just not respect me anymore?
Why didn't I know I was marrying a slob?  He wasn't like this when we first moved in together.
He hid this from me.  And if he hid that from me, what else is he hiding?  Who did I marry?
Is our whole marriage a sham if he lied to me about who he is?  Why do I let myself be fooled by people who just want something from me?  Oh my god, is he going to quit his job so he doesn't have to work and we live on my paycheck while he lounges around all day?
Is that why he married me?  I'm such a fool!

No, when you live alone, you know your shoes are sending you no message.
I like that.  Them's the perks!