This Is Why I Am Single - The Vanishing 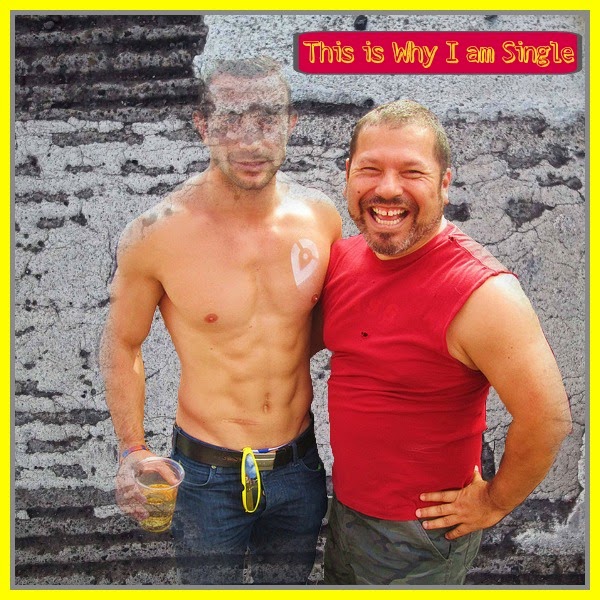 This is something that has happened to me more than once,
so I know it is a phenomenon for the ages.  What happens is,
I go out with a guy, we have a great time, he says what a great time he's having,
we make out at the end of the extended date, he says he can't wait for more, leaves,
then falls off the face of the earth.  He vanishes.

What is that about?  Why do guys vanish after having, what they'd lead you to believe was the
best date of their lives? What's going on in their heads?  I know when I'm not having a good time on a date, I'll be polite, but I won't let them believe for a second I'm having a great time with more to come.  I try to be kind, but honest and won't say I'll call them if I don't intend to do so.
I'm an experienced actor, but I don't think I can fake chemistry- I certainly wouldn't want to.
So what is it with these guys?  Did they honestly have a great time, then after they got home thought, "Wow! that was....nah, never mind. Ooooh, look! Shiney!" then forget the whole thing even happened?  Is there some weird thing where guys get off by having a great time with someone, leading them on, getting them hard, then just dropping them?  Usually, if I've had an average date, but don't get a call back, I don't waste time wondering what I could have done, or who I could have been to get a second date.  But these cases really confuse me, because it' wan't just an okay date, it was an AMAZING experience where you feel like magic is real and someone totally gets you and wants you.

It's a mystery I try not to spend too much time on, but it does drive me nuts sometimes!  Could I have unwittingly done this to someone?  Could I have had just an okay date, that the other guy thought was amazing?  I am a fun guy, but I don't think I'm that fun or unaware of the energy during a date.  I have had the dates where I could tell the other guy was way into it more than I was and I tried to find a nice way to cool the jets and reverse the sharks.  Even in that case, even when I do chicken out and avoid dropping the axe at the moment, I'll either call, or respond to a call, to let them know I just wasn't into it.   I don't just vanish.  That's just crazy and rude.  Do they give a phone number because they really wanted to pursue a relationship, or did they do it just to make the vanishing more surprising?  Yeah, That's right, I've been the schmuck who will call the number I've been given, more than once, leaving a fun and hopeful message only to realize a few days later, that he's gone.

I have a fairly healthy self esteem, so when this happens to me I've learned to do a brief evaluation of my actions, survey my level of cleanliness, check my desperation meter, answer honestly when I ask myself "Am I an asshole?" and then get to imagining what really happened to them.  Sometimes I imagine that I was part of a Douglas Sirk type real life drama, wherein this guy finds me, the love of his life, has one wonderful day then returns to his home in the valley, to his three children and his chronically (but not terminally) ill wife, whom he could never leave, even though he only loves her like a sister.  He thinks of me on sunny Saturdays and when he smells cotton candy in the air.  Another common scenario for me is the sexy secret agent who was looking for a cover, but found a lover he couldn't keep.  He leads such a dangerous life and loves me so much, that he stays away, only for my protection.  My absolute favorite is the thought that they electrocuted themselves to death in the tub by dropping their iPhone in the water because it slipped from their hand while they were masturbating, looking at my profile picture.  Their final thought was, "I should have called."
Posted by Danny in WeHo at 1:25 PM

Email ThisBlogThis!Share to TwitterShare to FacebookShare to Pinterest
Labels: hunk, Shirtless, This is why I am Single