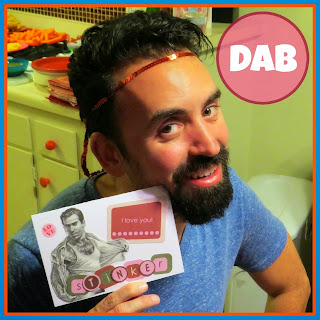 This is Dudley, he's currently one of my DABs- (Die Alone Buddy).
He's single.

I like Dudley very much; he's nice, fun and generous.
What I admire most about Dudley is his creative drive!
Dudley gets an idea and he executes it to delicious perfection.
There are artsy projects in his home that I have thought about doing and having
in my home, but I never got around to doing it.  Not Dudley, he thinks it up and paints,
draws, sews or builds until it is done and up for everyone's enjoyment.
Bravo to him!

Another aspect of his creativity I admire is his Party Throwing Super Powers!
Every one of Dudley's parties are thought out and played out to the hilt.
They are all themed and stupendously fun.
It's rare to find a guest of his that is "too Cool" to dress-up. 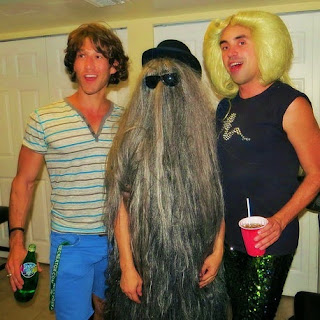 He's a great host, in that he decks out the place,
and welcomes everyone personally. 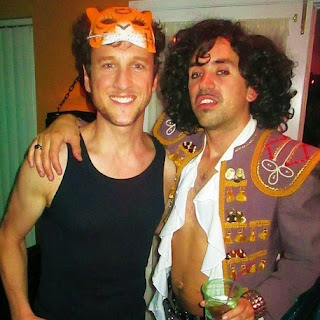 His enthusiasm is contagious so everyone tries to "bring it"
and even the laziest costume is something that wouldn't be sneered at
WeHo Carnaval. 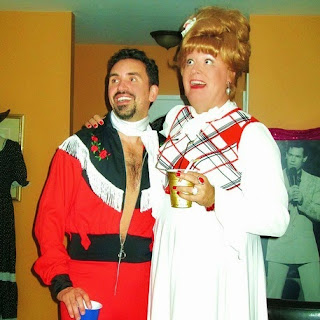 Sometimes, Dudley pulls an Angela Landsbury and has three or more
outfits for the night. 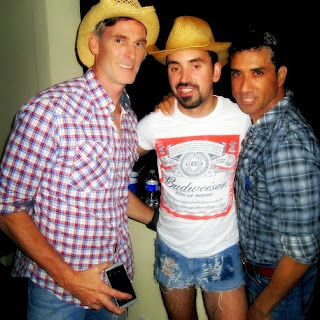 The guest list always has a number of interesting folks who are hunky, creative, talented
funny,  and single- typically, they're a nice combo of it all, 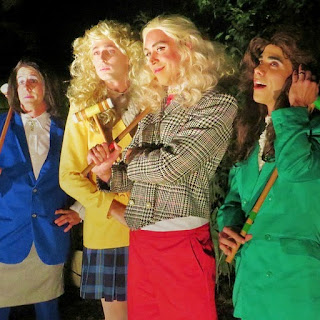 When you go to one of his parties, you can always count on a good time, meeting fun folks and feasting on eye candy of all sorts!

And then there's this:
You gotta love a guy who decides he wants to make a movie and less than a year later has a completed product.  It's not some hack-rate vanity piece either!  It's a very fun, well produced comedy that is very entertaining.  I was so proud of and very excited for him as I sat and watched the movie at a screening.  I was also a little angry with myself for not having something even close to coming to fruition like this.  I know it isn't easy, but Dudley makes it seem like his creativity comes to life with a simple flick of his finger.  Look what happened when he flicked last year- 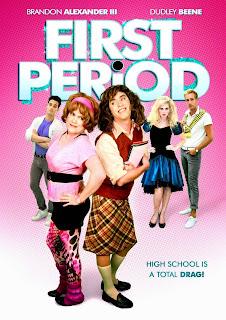 I really like this movie and encourage you to check it out on Netflix or even get your own DVD at Amazon.com because it's a movie you'll enjoy over and over again.

That's muh DAB!  I think part of the reason I like to spend time with him is because I hope even a smidgen of his magic will rub off on me. ...and he's a hoot!
Posted by Danny in WeHo at 4:45 PM